There has been quite a lot of talk about AMD AM4 processors and which motherboards support which generations of chips recently. A couple of weeks ago AMD announced its Ryzen 3 3300X and Ryzen 3 3100 processors, and alongside them the long awaited B550 chipset. With this new chipset announcement one particular detail stuck in the craw of some readers, however, and that is AMD making it clear that it "has no plans to introduce 'Zen 3' architecture support for older chipsets". AMD Senior Technical Marketing Manager, Robert Hallock, confirmed this. 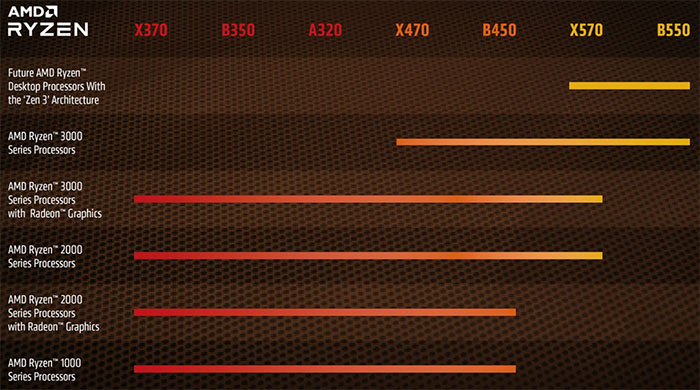 Hallock shared the above compatibility / support chart to make things basically as clear as can be. Unfortunately the existence of a couple of popular 'AF' suffixed processors from AMD spoil the simplicity of this chart and probably require an asterisk with small print or similar annotations to make it right.

The muddying of the chart comes courtesy of the Ryzen 5 1600 AF and Ryzen 3 1200 AF processors. These are popular choices among enthusiasts right now, especially the former, but while they wear first gen Ryzen clothes they are actually second gen Ryzen parts with 12nm Zen+ cores. 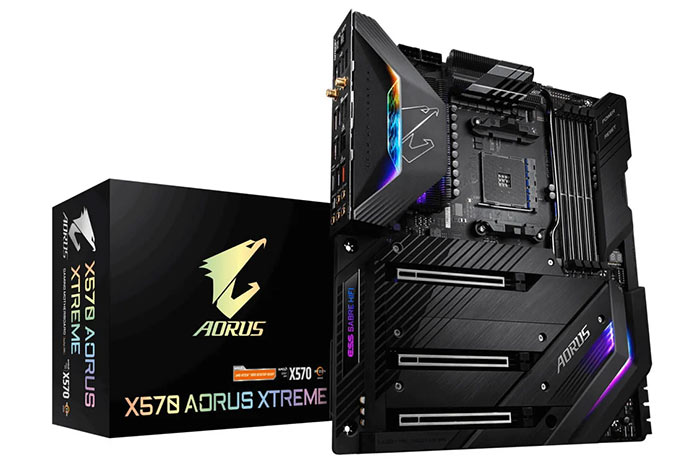 Gigabyte Japan's Tweet translates as follows. "The AF version Ryzen 5 1600 is a hot topic in the area, but please be assured that our AM4 motherboard supports it properly," says the official social media account. "Although the name is in the 1000 range, the AF version has 2000 contents, so it can also be used with the X570!" 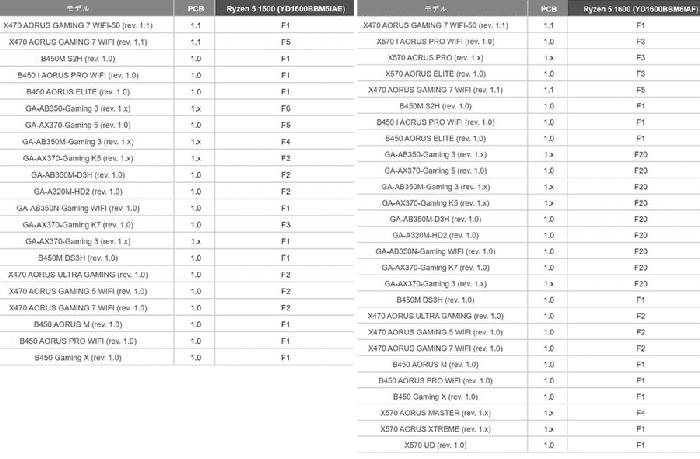