Asus has written to HEXUS with details of its first salvo of motherboards for Intel's 10th Gen Core CPUs. It has detailed over a dozen new motherboards featuring Socket LGA 1200 and the new Intel Z490 chipset that range from Mini-ITX to EATX, from bright RGBs to blackout, under various Asus and ROG brands / families such as ROG Maximus, ROG Strix, Prime, TUF Gaming, and ProArt. 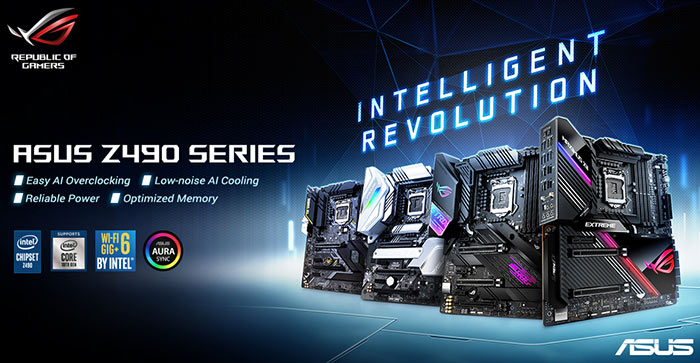 Before going into any details, Asus would like to stress that its new Z490 boards are built to cope with the demands of up to the highest-end Core i9 models in Intel's latest CPU lineup, with TDPs up to 125W. Whichever board you choose will have beefed up VRMs with most models featuring two auxiliary power inputs with ProCool solid-pin connectors as standard. 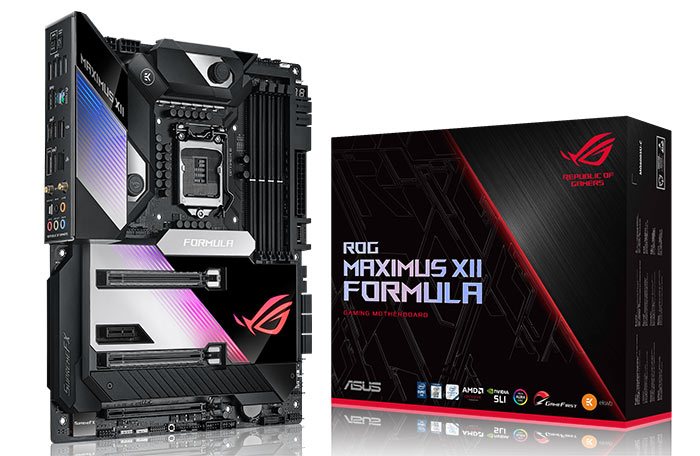 Every new Asus Z490 motherboard can run faster RAM than ever before, and the ROG Maximus XII models take this further, as you might expect, with Asus proprietary OptiMem III technology using an enhanced trace layout for better signal integrity. In practice Asus says that the OC enthusiasts that favour the Maximus line will be able to dial in memory speeds beyond 5,000MHz. 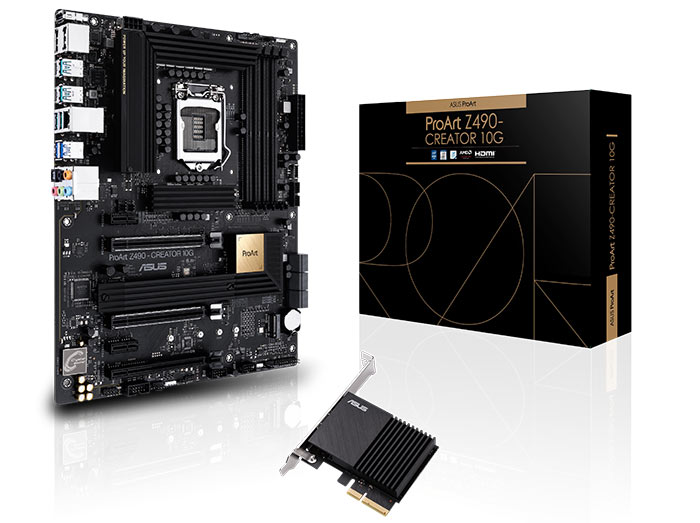 At the high end, both CPU and memory overclocking features are welcomed by enthusiasts and Asus says that its AI Overclocking technology can make such technological shenanigans easier and more effective than ever. If you buy an Intel K processor the Asus proprietary algorithm "carefully determines the quality of your CPU's silicon and predicts its optimal clock speed and voltage settings in a compatible motherboard". On the topic of AI enhancements, Asus also leverages AI Cooling (works with Asus Q-Fan intelligence) on all Z490 models, and AI Networking optimisations in its new motherboards. Furthermore, the ROG/Maximus motherboards lines offer 'GameFirst VI' tech, and the ProArt motherboard has 'CreationFirst' optimisations. Asus says these optimisations prioritise appropriate traffic, response times etc. 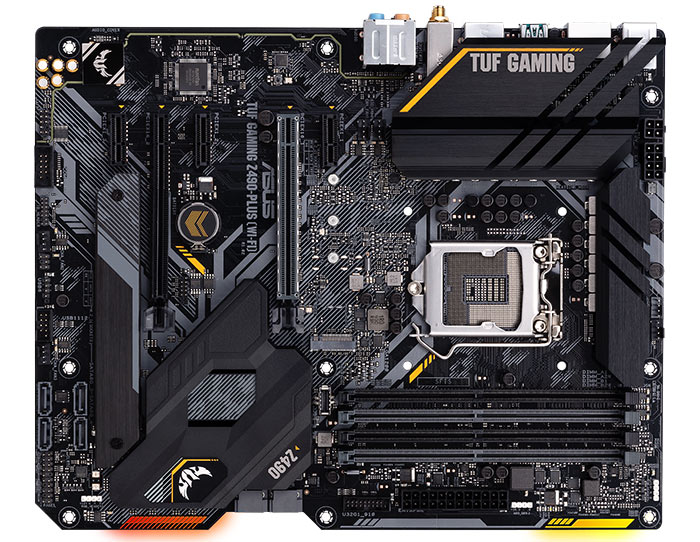 Elsewhere with these new designs users will benefit from features such as cutting-edge connectivity options such as; USB 3.2 Gen 2x2, USB 3.2 Gen 2 Type-C, 10 / 5 /2.5Gb Ethernet, and Intel WiFi 6. Nearly all the new boards come with Thunderbolt 3 headers to support a Thunderbolt 3 expansion card. Intel Optane memory and chipset RAID support is present too. 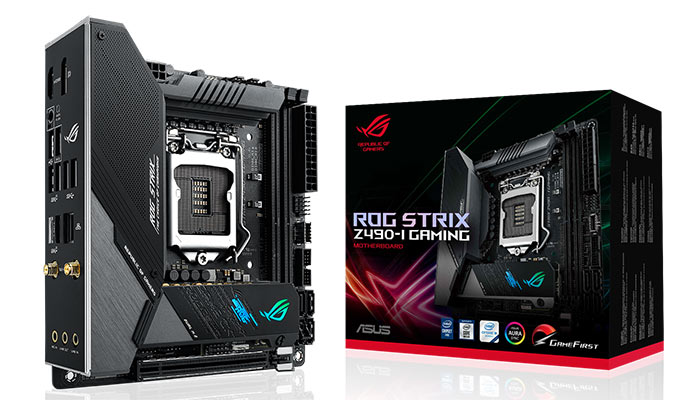 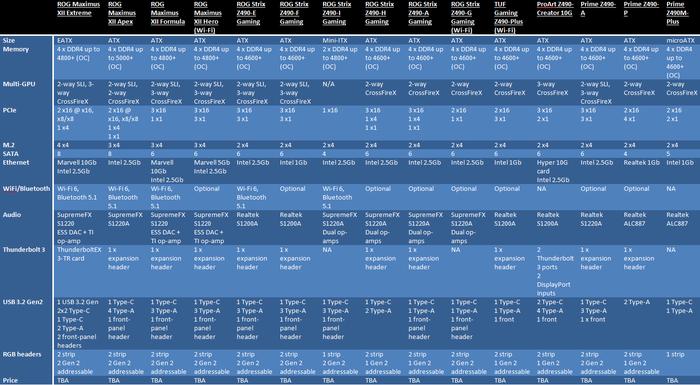 Ponder over the full Asus Z490 motherboard features and comparison table, above. Click the image to zoom in.

Asus Z490 motherboards will be available from 20th May 2020 in the UK. Asus says that these enthusiast level boards will soon be joined by Asus and ROG H470, B460, and H410 motherboards, giving users more choices to suit their requirements and budgets.

Which means that there is finally an mATX board that has what I'm after: 2x m.2, 6 SATA and onboard wifi. 2.5G ethernet is an added bonus. It's a pity that there's no AMD boards with that feature set, nor an alternative Intel board, but I prefer having everything built-in, ready to go. Looks like I've found my next motherboard.
Posted by Xlucine - Sat 02 May 2020 14:57

thewelshbrummie
The Z490-G is an mATX board, not ATX as stated in the comparison table at the end of the article.

Which means that there is finally an mATX board that has what I'm after: 2x m.2, 6 SATA and onboard wifi. 2.5G ethernet is an added bonus. It's a pity that there's no AMD boards with that feature set, nor an alternative Intel board, but I prefer having everything built-in, ready to go. Looks like I've found my next motherboard.

The ASrock X570M Pro4 has a short m.2 for wifi as well as 2 normal m.2 slots, if you need to keep the pcie slots free
Posted by Richh - Mon 04 May 2020 16:48
Still using a bank of six big spinning disks for bulk storage here - and run an optical drive, so liking that at least some of the Maximus XII range have gone back to 8 SATA headers. Although I guess the catch will be whether any are disabled when the M.2 ports are utilised.

Need to look into that - which means, for the first time in a very long time, I'm at least thinking about what comes after my still excellent and utterly rock stable overclocked 6700K/Maximus VIII Hero. Do I want to go to all the expense and buy *another* 14nm processor though??