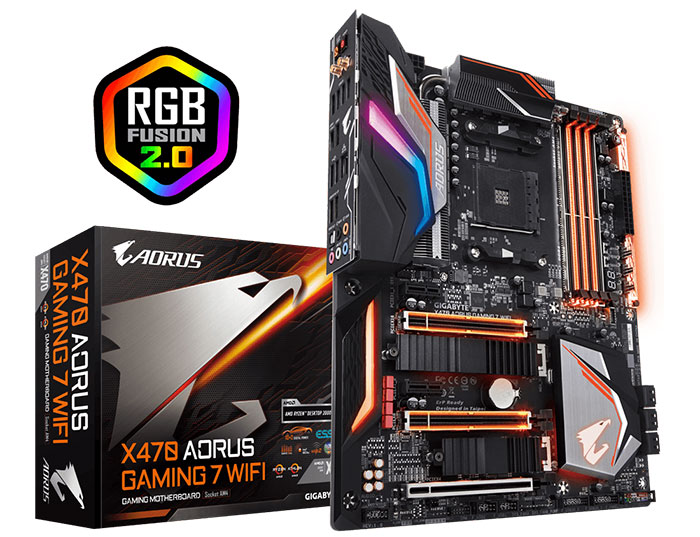 Gigabyte is the latest of the big three to confirm it will be updating AMD 300- and 400-series motherboard with BIOS support for the next generation of AMD Ryzen CPUs. Everyone expects that AMD will launch its Ryzen 3000 desktop processors at Computex at the end of May, so it is important motherboard makers are ready by then or shortly thereafter.

On the topic of the BIOS updates Gigabyte says its engineers have successfully tested and validated its AMD motherboards with the newest BIOS "to ensure that users have full support for their new CPUs with top notch compatibility". Interestingly, the Gigabyte BIOS updates appear to enable PCIe 4.0 support on existing X470 and B450 Motherboards.For links to the respective download sections see immediately below:

We heard similar news from MSI back in mid-April. MSI was forced into early acknowledgment after a representative told a customer that such BIOS updates wouldn't be forthcoming - so it had to quickly paper over its PR blunder. Asus listed its next-gen Ryzen ready 300- and 400-series motherboards at the end of April.

AMD has been working with partners on enhanced motherboard designs which will be released to coincide with the launch/availability of Ryzen 3000 desktop processors. We don't know much about the new motherboard chipsets but, being so close to launch date, details have started to leak. 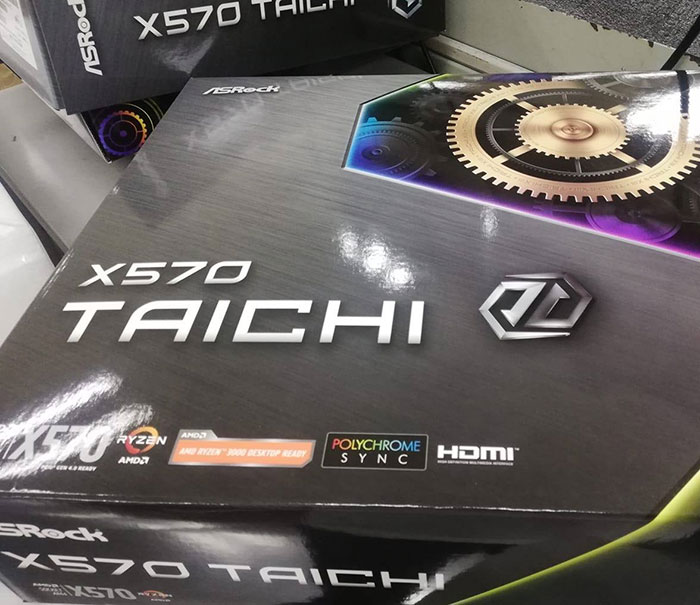 ASRock: ASRock fans in Vietnam have been sharing some images of the X570 Taichi motherboard (image directly above). Apparently these motherboards are being assembled in Vietnam. On the box you can just about read that this motherboard is "PCIe gen 4.0 ready", supports AMD Ryzen 3000 desktop processors, supports PolyChrome Sync RGB lighting, and comes with an HDMI connector - good for APU users.

MSI: VideoCardz shared some pictures and details of the MSI X570 Gaming Plus and Pro Carbon late last week. Both these models, pictured directly below, include active cooling on the chipset and dual PCIe x16 slots. 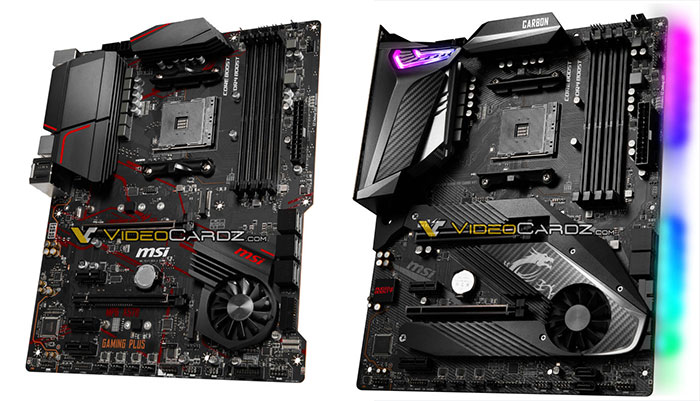 PCie 4.0 is double the bandwidth. Add in a fast m.2 drive and that will be the reason. They will be configured in BIOS I reckon to only power up when the chips get hot. You could easily treble the bandwidth from previous setups in one of these boards. Plus these are not the lower end boards either