About a fortnight ago HEXUS compiled a summary of newly revealed AMD B450 chipset motherboards. These were yet to officially launch but the big three motherboard makers (Asus, Gigabyte, and MSI) had already listed and detailed a wide range of products utilising the mid-range AMD chipset. Today Asus and Gigabyte officially launched their new B450 motherboards, however at the time of writing Asus has removed its blog post, while Gigabyte's Aorus press release remains online. 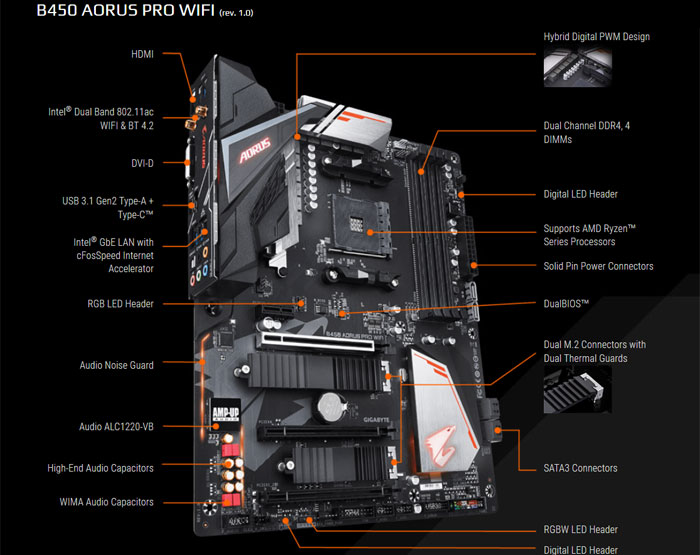 The new B450 Aorus Pro and B450 Aorus Elite are Gigabyte's top options for buyers interested in the B450 chipset. They feature a robust power design, dual M.2 design and two M.2 thermal guards and extensive connectivity options. 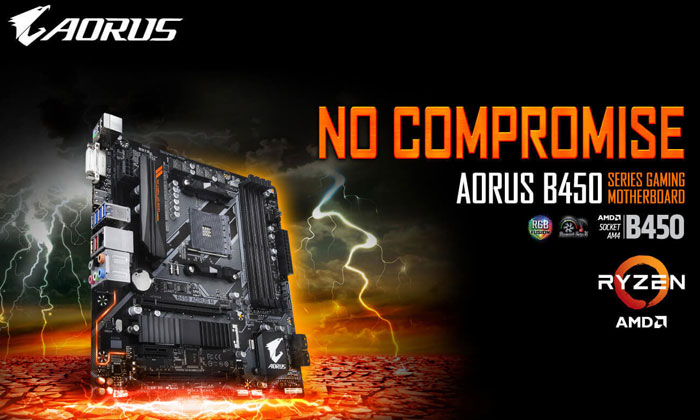 Throughout the range, potential buyers will be attracted to features such as an updated ALC1220-VB audio codec paired with WIMA and Chemicon audio capacitors, feature-rich back panel connectivity including USB 3.1 Gen2 with both Type-C and Type A connectors, Smart Fan 5 with Fan Stop cooling technology plus multiple hybrid fan headers and temperature sensors, Gigabyte Ultra-Durable components, DualBIOS, and last but not least RGB Fusion lighting systems with multiple programmable LED illuminated zones and effects.

The Asus press release about its new B450 motherboards has been taken down for now. However, Guru3D has already shared the text on its website. You can still head on over to the Asus product pages and read about each individual motherboard, but for some reason the fanfare article mentioning them all has disappeared, for now.

To sum up, Asus launched the ROG Strix B450-I and B450-F Gaming, which elevate the platform with signature features for serious gamers. These are mini-ITX and full-size ATX form factors respectively. The ROG Strix B450-I features two DIMM slots, which OC to DDR4-3600 and beyond. It also features dual-band 802.11ac WiFi that provides cable-free connectivity right out of the box, and an innovative M.2 Audio Combo card to maximise board space. Meanwhile the Strix B450-F Gaming makes use of its larger board area with more expansion capacity, comprehensive cooling, customization and connectivity options, dual PCIe 3.0 M.2 slots and more.

The TUF B450-Plus and B450M-Plus Gaming to focus on essentials and 'battle hardened' durability thanks to the use of high quality TUF Components comprising MOSFETs, chokes, and capacitors. These are ATX and micro-ATX form factor boards respectively. 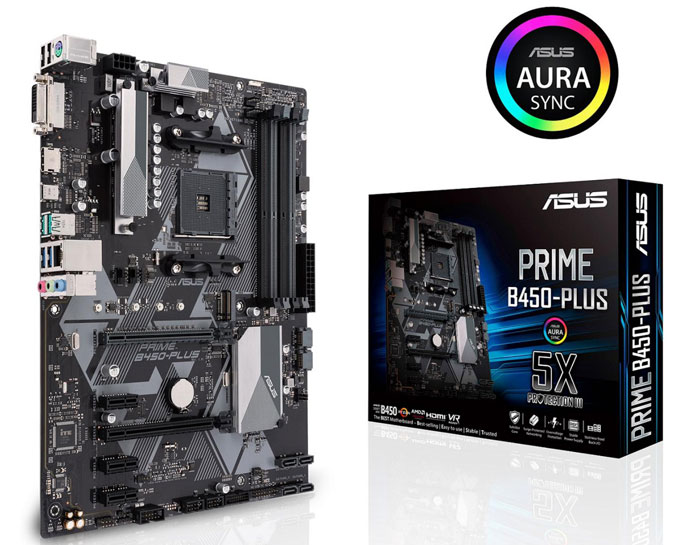 Posted by maverick77_uk - Tue 31 Jul 2018 11:41
Out of curiosity, will these boards still support the old A 9XXX Bristol Ridge APUs? There was talk of newer boards dropping support as there was not enough room on the BIOS for all the info needed for them all ;)
Posted by pastymuncher - Tue 31 Jul 2018 19:08
It doesn't look like it. The cpu support list for the Asus Prime B450-Plus is here and only has Ryzen cpu's on it. It's the same for the rest of the Asus boards and you can see the details of all of them on Asus Website here. Gigabyte's boards don't support them either as can be seen by the B450M DS3H cpu support list which is the same as all the others. Maybe they will be added as the bios matures. You can see the full details of the Gigabyte B450 boards here.
Posted by DanceswithUnix - Wed 01 Aug 2018 07:17
Networking speed on motherboards is starting to annoy me. You get lots of very fast USB3 ports, lots of fast SATA ports, and a network port stuck at 1Gbps. I was hoping the 5GbE standard would be cheap enough for boards like this.