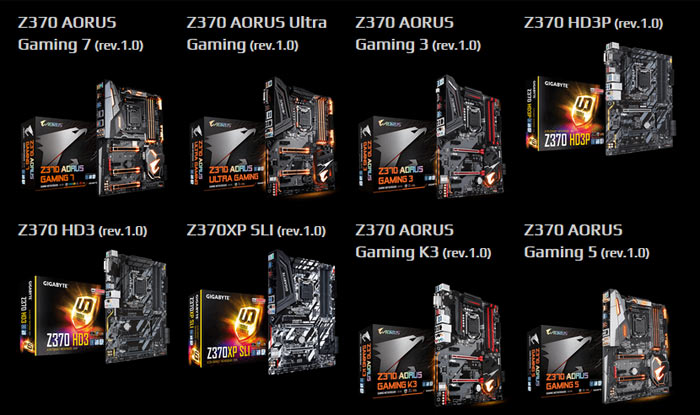 In its email to HEXUS, Gigabyte concentrated on the attractions of the Aorus Gaming branded boards. Gamers will be pleased with features such as the ESS Sabre DAC with Creative Sound BlasterX 720° software, Scout Radar (audio), Smart Fan 5 (with Fan Stop tech), RGB Fusion LED lighting, 4K UHD, uninterrupted streaming via HDCP 2.2 Technology, a HEVC 10-bit decoder, as well as a VP9 hardware decoder, thinks Gigabyte.

One of the most important features of the new motherboards, as highlighted by Gigabyte, is the efficient power delivery. We are told the Z370 Aorus Motherboards "utilize a new VRM and PWM design which is able to drive 60 amps per power phase as well as strengthen the signal between the processor and voltage regulator". In addition Gigabyte uses server-grade 10K Ultra Durable Black capacitors, reducing excess electrostatic charge on the PWMs, and improving efficiency between the CPU. Thanks to these changes the new range meets the standards of the California Energy Commission (CEC) as low power and high efficiency motherboards. 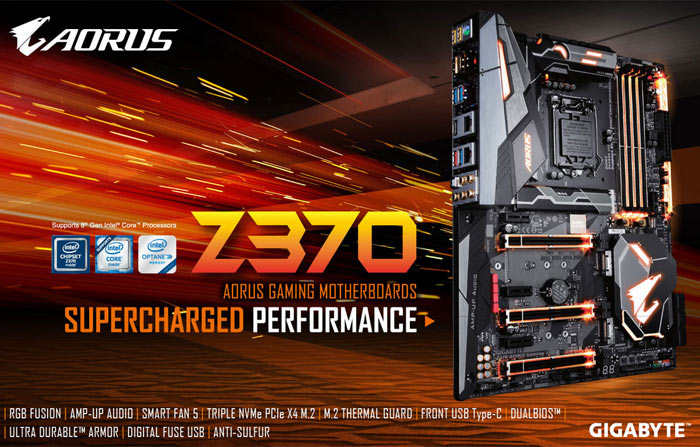 For the full details and specs of each individual board you can head on over to the official product pages from the Intel Z370 chipset category page. Gigabyte also lets you set up comparison tables. For example here is a comparison table featuring all five Z370 Aorus Gaming boards. 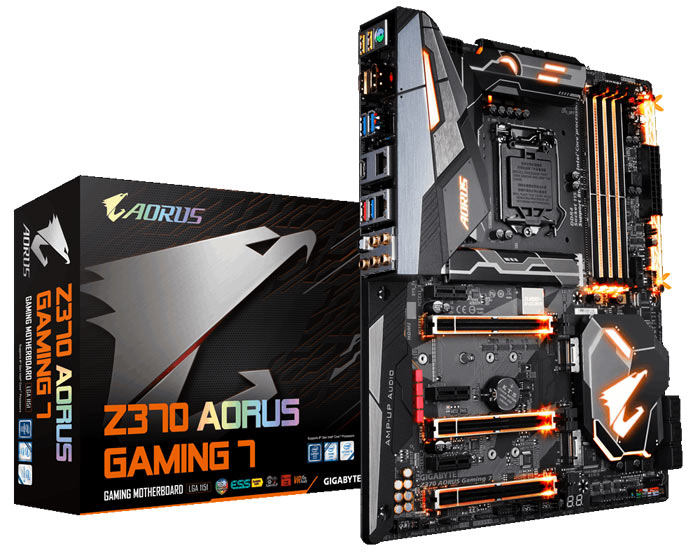 You still haven't addressed the various memory issues on your X99 boards. My X99 sli is a complete pain right now, even with the latest bios. Check the forums. Really not interested in buying another Gigabyte board.

You still haven't addressed the various memory issues on your X99 boards. My X99 sli is a complete pain right now, even with the latest bios. Check the forums. Really not interested in buying another Gigabyte board.

Guess I'm going Ryzen for my next build…
Posted by FromUSA - Wed 27 Sep 2017 21:31
Asus is better
Posted by tinbin - Fri 29 Sep 2017 11:03
my last build was intel and gigabyte board.. not happy with gigabyte board there crap at updating
bios my 4790k still using a beta bios they never updated it so now ive gone zyzen 7 and asus motherboard well happy………..