You are here:
Laptop CPU News

Alienware and Intel have had what seems to have been a very close relationship for years. Back in summer 2017 we noted one of the first Alienware desktop gaming machines to come packing AMD Ryzen technology (Threadripper CPU choices arrived at that time). Now it seems like AMD has split the much stronger bond between Alienware and Intel in the gaming laptop market. 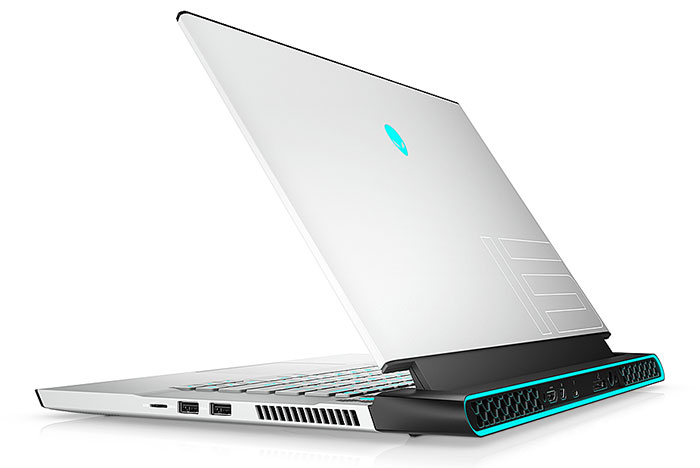 Twitter PC hardware enthusiast rogame has unearthed laptop benchmark listings featuring multiple Alienware m15 r5 laptops. If you head on over to the Alienware site today you will only find 'R4' generation Intel CML-H/Nvidia Ampere laptops listed, the m15 is the 15-inch version and m17 a similar 17-inch screen equipped variant. Benchmark info tables suggest that these Alienware m15 r5 laptops are Ryzen Edition variants and there are three base configurations evidenced as follows: 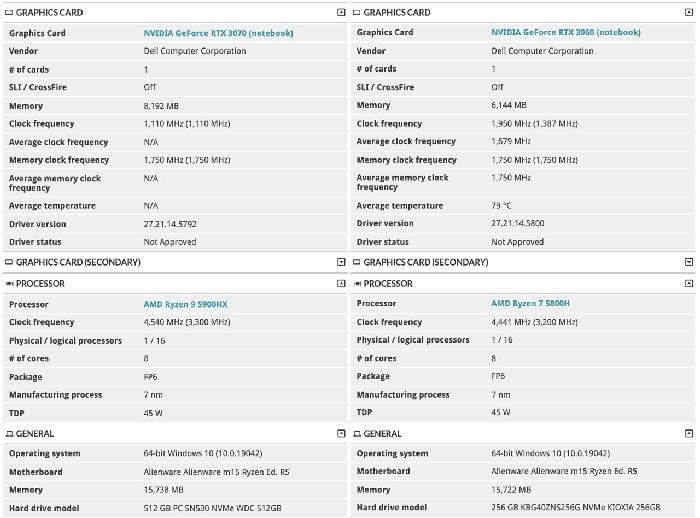 NotebookCheck reckons the top SKU listed includes a Max-P GPU option. From my own experience it seems like Alienware laptops often favour the max power GPU variants that it selects, so wouldn't be surprised if they all feature the max wattage GPU options here.

Official Nvidia table reveals the wide range of power budgets laptop makers can set with its GPUs. This can mean there is significant overlap in the performance, and it isn't always obvious which laptop might be faster from just the headline GPU name. Though Nvidia is encouraging laptop makers to include this info in specs it is worth double-checking and always check the reviews.

Further expectations across the Alienware m15 Ryzen Edition laptops include a base config of 16GB system RAM, an NVMe SSD, plus a display panel of 15-inch FHD at 144Hz. Hopefully, better display options will be available, as there is with the Intel R4 models. There is no word about any 17-inch Ryzen Edition screen options for those that like a bigger portable display.

It looks like other gaming laptops are going to follow suit with rumours of Dell G-series, HP, and Razer preparing Ryzen powered models shortly where they haven't before. 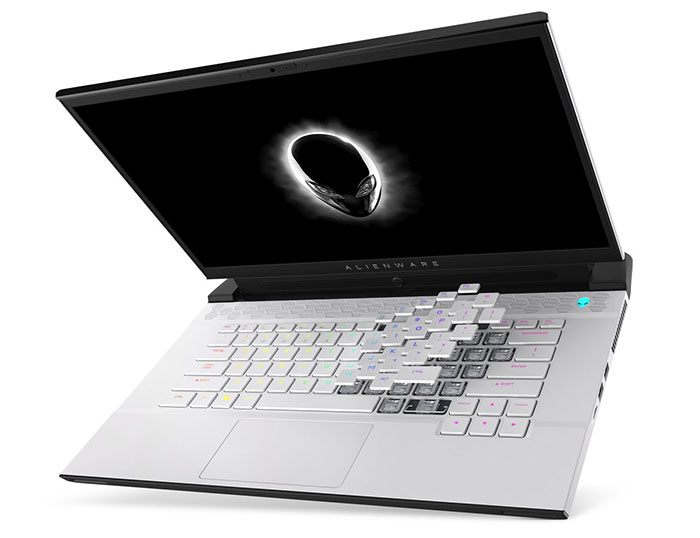 KultiVator
At last… can't wait to read how these perform when they've been reviewed.