With the pandemic lockdown in the UK looking like it still has several more months to run, making sure children can continue their education at home is an important task for the government to facilitate. To this end you might have heard various reports about free laptops for schools and free laptops for children in the UK. Using a modern laptop and broadband internet connection students can have access to online classes, lesson plans, resources, and can interact with their teachers. The UK government thus plans to buy and distribute over a million laptops to disadvantaged children via their schools. So far the UK government has sent schools 800,000 laptops as part of this plan, reports the BBC.

The above sounds like a great idea, and most would agree it is a good use of government funds. However, there have been a number of problems spotted with the free laptops rollout. Last year I remember reading about the slow rollout of devices and the price the government is paying for these laptops compared with their considered 'street value'. Similar concerns remain, but in the headlines this weekend was another problem: some GeoBook 1E laptops that schools have received from contract award winner Computacenter have come packing Malware.

Various reports on educational forums confirm that batches of the GeoBook 1E laptops have been found to be infected with the Gamarue.I worm. This self-propagating worm was first identified by Microsoft in 2012 and is a "presents a very severe threat to any PC or network," according to a security consultant speaking to the BBC. The Department for Education (DfE) said it is looking into the problem as a matter of urgency but reckons that the Russia-connected malware is only on a small number of devices.

Moving along to discussing the hardware being delivered, the batches of GeoBook 1E laptops arriving at schools appears to deliver the absolute minimum of requirements. The official specs of the devices are given here by the UK government, and here is a link to the GeoBook 1E specs page. 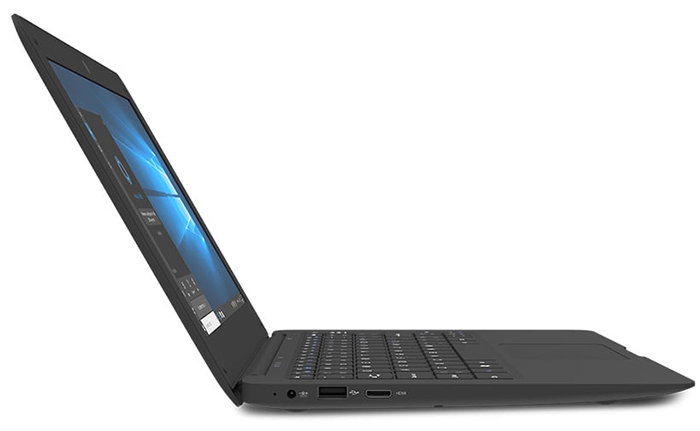 According to research by the Good Law Project, this latest batch of laptops bought by the Department for Education were bought from Computacenter, a firm founded by a major Conservative party donor. It says that the DfE has placed orders worth £39.7m with Computacenter and for that 192,400 of these devices are expected to be delivered to schools. Simple maths suggests a price of £206 per device.

The £206 per device price might seem pretty reasonable even if you consider the dire specs outlined above. Checking out high street store Currys in the UK, I can see I can get a similar spec 11.6-inch Asus or Lenovo branded 4GB RAM/64GB eMMC machine for £199. However, an 'education IT expert' told the Good Law Project that he thought a business could have secured these laptops direct from an OEM for less than £100 a piece.

Posted by Wrinkly - Mon 25 Jan 2021 12:30
Don't worry. The Trumpian Conservative party will simply hand billions to another backer who's business expertise is in plumbing to sort this one out.

Also I guess Win 10 Home is the same as Pro Education! Yikes.

The specs on this thing is atrocious. Celeron… well, that's a lot more of our money going to the Tories' chums.
Posted by Output - Mon 25 Jan 2021 13:05
You would think that things would be checked thoroughly before being sent out, especially given their intended destination, but this would suggest otherwise in this case.

I bet many companies love government contracts, as it seems that they never have to offer actual value for money and (in many cases) can even cost more than they were meant to, and even then there is the possibility of still failing to actually deliver the intended outcome.

I'm not saying that is actually the case for all companies, but with stories like these and the news reports you always hear about government contracts over the years, it does make you wonder if there is value for money being gained anywhere.

And while I am not saying that it is because of party donations that companies are subsequently picked for government contracts, the circumstances can't help but provide that avenue of speculation.
Posted by davesom555 - Mon 25 Jan 2021 14:07
The name Computacenter says it all.
Posted by 567 - Mon 25 Jan 2021 14:33
This seems like blatant corruption when they give tax money to a company that is owned by a major Conservative party donor. This is like when the Health Secretary give his local pub landlord a contract worth £30M to supply PPE when he was never in that business in the first place.