Lenovo launched a number of ThinkPads and ThinkBooks yesterday, as well as announcing a new European manufacturing facility (in Hungary). Probably the most interesting announcements of the day were that of the featherweight Lenovo ThinkPad X1 Nano, and the news that the pioneering ThinkPad X1 Fold has become available to order.

The new ThinkPad X1 Nano is an Intel Evo certified laptop so offers all the attractions of that platform. Thus you will already know this machine comes packing a Tiger Lake processor. Lenovo says you can spec up to an 11th Generation Intel Core i7 processor with Intel Iris Xe graphics in this machine. According to its quoted tests this will deliver up to 2.7x faster content creation and up to 2x faster gaming "over competitive products". Other standard features of the Evo platform, such as Thunderbolt 4 are of course present, as is long battery life (17.3hrs), and 5G is an option. 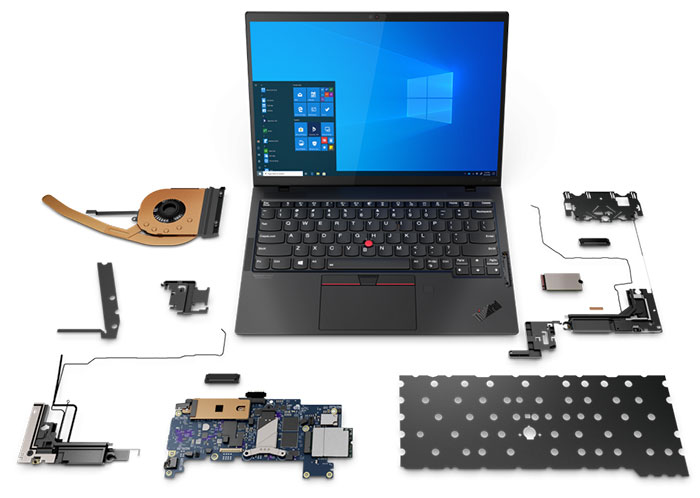 For such a small machine the ThinkPad X1 Nano sounds like a multimedia powerhouse. Lenovo has based the build around a 13-inch Dolby Vision 2K display with a 16:10 aspect ratio. It says that this screen offers a 100 per cent sRGB gamut, 450nits, and there will be touch screen options available to order. Lenovo has fitted a quad-speaker system into the chassis with Dolby Atmos support, and there are four 360-degree microphones for clear audio and video calls.

Lenovo announced that its foldable ThinkPad X1 hardware was ready almost a year ago. However, Microsoft's Windows 10X misfire has meant that the device hasn't seen light of day. The machine features a foldable 13.3-inch OLED display with 2048 x 1536 pixels. It can be used as one screen or as two seamless 9.6-inch displays. 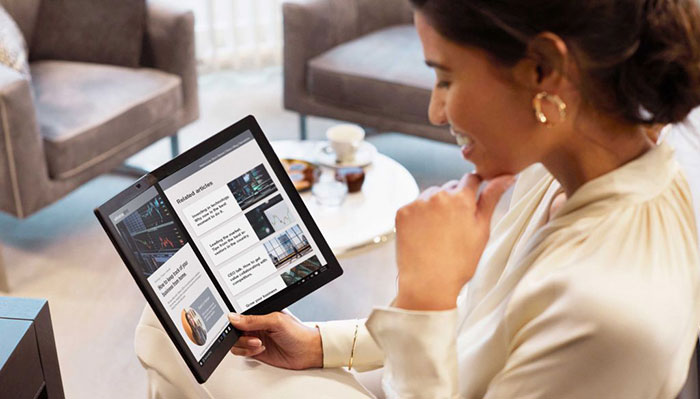 The ThinkPad X1 Fold is powered by Intel's Lakefield hybrid SoC. Lakefield is a 10th gen platform do misses out on the TGL architectural advances, Xe graphics, and TB4 support. It is power efficient, getting up to 11 hours off the 50WHr battery. Also inside is 8GB of RAM, a 1TB SSD.

Lenovo's ThinkPad X1 Fold with Windows 10 is available to order now and will ship in a few weeks, with prices starting at $2,499. You might be interested in the Bluetooth Mini Fold Keyboard that can be stored and wirelessly charged inside the system, the Lenovo Mod Pen, and the Lenovo Easel Stand too. 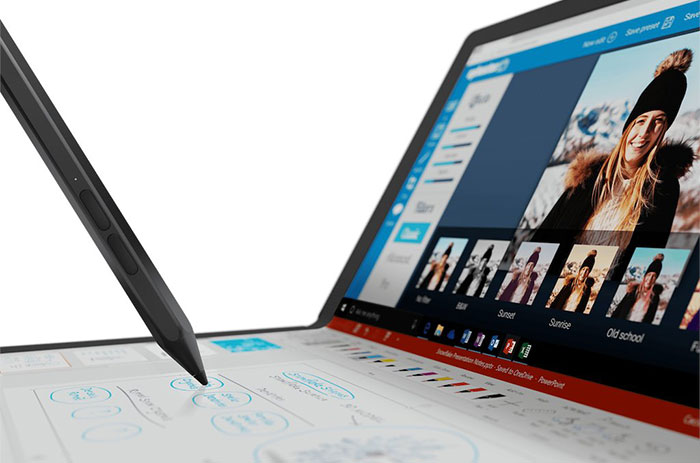 Posted by mtyson - Tue 01 Dec 2020 01:18
The ThinkP{ad X1 Nano is now available to putchase. It starts at US$1,721 - quite a bit more costly than it was claimed it would be introduced at. Perhaps a lower spec model will emerge with the cheaper price in the coming weeks.
https://www.lenovo.com/us/en/laptops/thinkpad/thinkpad-x1/ThinkPad-X1-Nano/p/22TP2X1X1N1