Dell has announced that it has updated the XPS 13 and XPS 13 2-in-1 portables. These desirable thin and light machines have been refreshed with Intel's latest 11th Gen Tiger Lake CPUs, with Intel Xe graphics, inside. Furthermore, they will be among the first laptops available that are certified to the new Intel Evo program (Project Athena Second Edition). 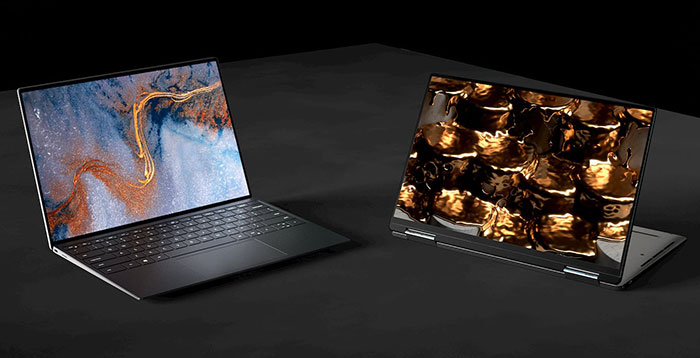 A first glimpse of the new XPS 13 was given by Intel at its Tiger Lake launch event earlier this month. With the new XPS 13 you will be able to spec up to an Intel Core i7-1185G7 with Iris Xe integrated graphics. As well as the Tiger Lake SoC upgrade and all the benefits that is touted to deliver the following key internal updates have been implemented; up to 32GB RAM, with faster RAM support for LPDDR4x at 4,267MHz (rather than 3,733MHz), Thunderbolt 4, and Wi-Fi 6. Systems will come with from 256GB up to 2TB SSDs. Intel's Evo specs mean that these portables should run for 9 hours (when equipped with 1080p displays) and offer four hours of battery life from a 30 minute charge. 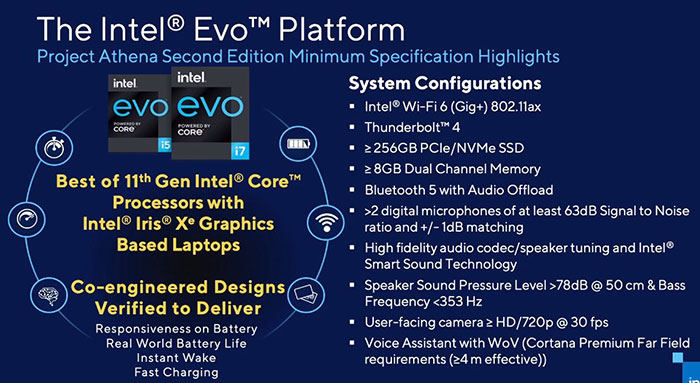 On the outside the XPS 13 doesn't look a lot different in design, but the XPS 13 2-in-1 has received a redesign in line with that seen for the XPS series early this year. In particular, the screen to body ratio has been improved by 7 per cent with noticeably smaller screen bezels. New colours arrive for the 2-in-1 series too, and you can choose between; platinum silver with black carbon fibre composite palm rest, or frost with arctic white woven glass fibre palm rest. 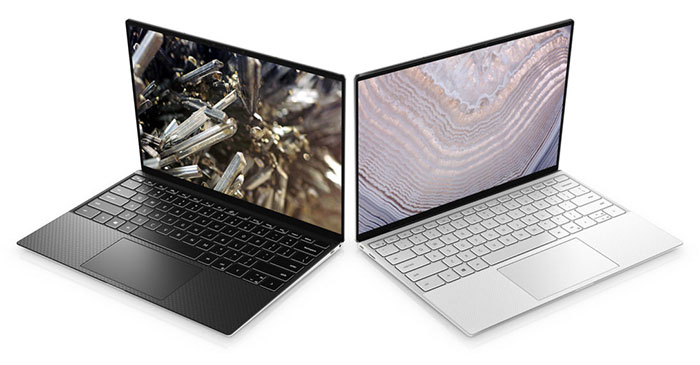 Dell will make the 2020 XPS 13 lineup available in North America from 30th September, starting at $999 for the standard laptop, and $1,249 for the 2-in-1 variant. It is making an XPS 13 Developer Edition preloaded with Ubuntu 20.04 LTS too, with pricing/availability details to follow. 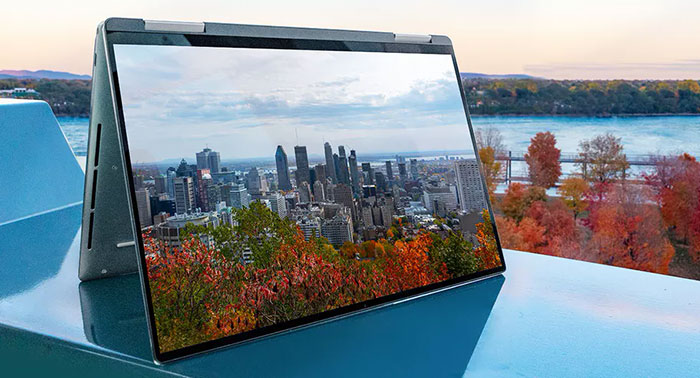 Luke7
Go on Dell, whack a Ryzen cpu in there lol

What? You haven't got the Intel brown envelope in the post yet?
Posted by ik9000 - Tue 29 Sep 2020 11:24
still no full SD slot and only two thunderbolt ports I see. Step backward Dell. XPS13 used to ship with 2 full size USB-A, a thunderbolt USB-C and a full size SD. Now that was a sensible spec. I can work on photos on a plane with that. Having to dongle and hub everything is not practical.
Posted by crazy95 - Tue 29 Sep 2020 16:05
could of got this, but I went AMD and got more cores for less money
Posted by samuraiweasel - Wed 30 Sep 2020 10:09
I have a feeling that the XPS line will never have a Ryzen cpu in it because that would cheapen it (Intel wouldn't like it)