Alienware announced its new m15/m17 thin and powerful gaming laptops back in May but they are only just starting to filter through to hardware/tech reviewers. The Alienware m15/m17 are positioned as providing the sweet spot between gaming prowess and portability, hence Dell's "thin and powerful" turn of phrase. However, previous iterations have been known to be rather hot running machines. The 2020 update features the newest tech from Intel and Nvidia (10th Gen Core H-Series / Turing RTX) which may help, but probably the most impactful change for cooler running in this form factor is the use of the new Alienware Cryo-tech cooling design. 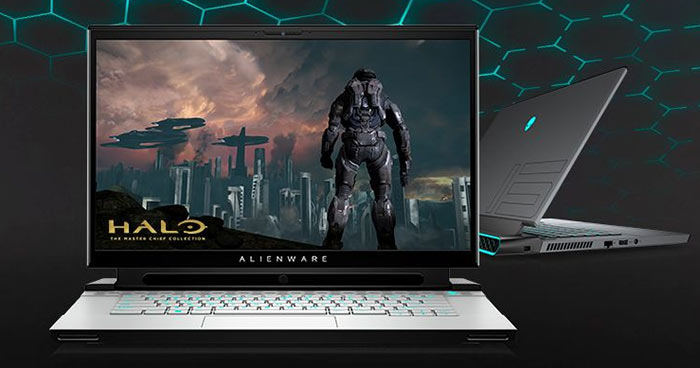 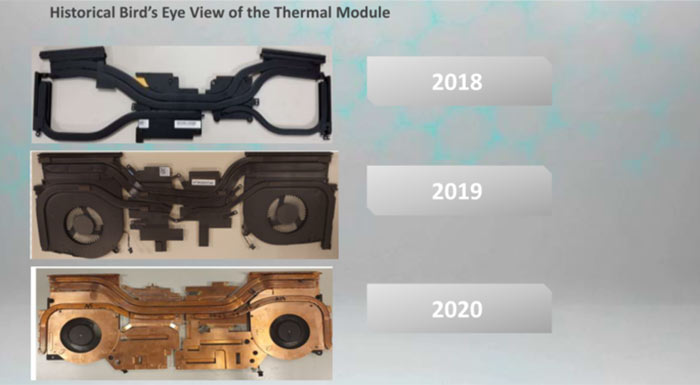 Winding back a little to the May press release, Dell says that the new R3 features Alienware Cryo-tech cooling design. This has a new air intake design, plus larger fan blades. NotebookCheck says it puts a vapour chamber cooler on the CPU, the fans have 25 per cent more blades, and the heat pipes are nearly 40 per cent heavier. This might have been one of the contributors that made the R3 about 100g heaver than its predecessor.

The table below charts the differences in thermal performance as observed by NotebookCheck in its review tests. It provides screenshots too, if you would like to peruse them.

In the intro I mentioned that some tech YouTubers have also had hands on time with the Alienware m15 R3 in recent days. I watched Dave Lee's short review of the new gaming laptop over the weekend. Over all Lee seemed impressed by the revision and called the 2020 model "the best gaming laptop from Alienware". Moreover he asserted that the cooling solution was "just shy" of perfect for the device form factor (thin and light gaming).

Again temperature drops were observed, but this time the charted difference was not as dramatic, a difference of about 6°C - useful but not a great reduction.

Of the two reviewer views considered above, it looks like NotebookCheck has done much more detailed testing and the full review is extensive, with (concerning the thermal system) thermal imaging, stress, and noise tests. It concluded that the new cooler design meant that "the Alienware m15 R3 is what the m15 R2 should have been". However, in the full review it states that the average gaming temps were "down by about 20°C," not 30, in the conclusions section.

I think they've shipped it with busted firmware.
Posted by Output - Mon 03 Aug 2020 18:01
I'm surpised that ther was no tie-up (and resulting name-tweak) with Crytek given how it could have easily been branded instead.

Maybe they don't want to risk associating it with Crytek and the upcoming Crysis Remastered though, in case the hardware couldn't handle it (although I guess if the partnership was short-lived, it would have to be rebranded to something else later on anyway).