An interesting report citing industry sources was shared by Taiwan's Commercial Times this morning (If you click the link, please note that Google translate puts 'Huida' in place of 'Nvidia' sometimes). The biggest news seems to be that Nvidia will be returning to TSMC for the mass production of its consumer GPUs.

For 2022 Nvidia has developed the Ada Lovelace GPU for consumers, and the Hooper GPU for data centres and so on. Lovelace will be behind the upcoming GeForce RTX 40 series of GPUs. I'm not sure if the translation says that Lovelace or some other tech will be used for a next gen Nintendo Switch next year too. 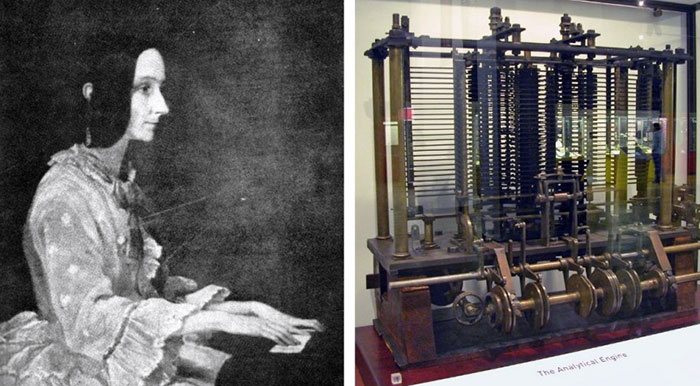 Nvidia Hooper GPUs will feature a chiplet design with MCM advanced packaging for a significant AI processing boost. The Commercial Times asserts that Hooper GPUS will be up to 3X faster than Ampere A100 GPUs. Both Lovelace and Hooper will be fabricated on TSMC's 5nm process. 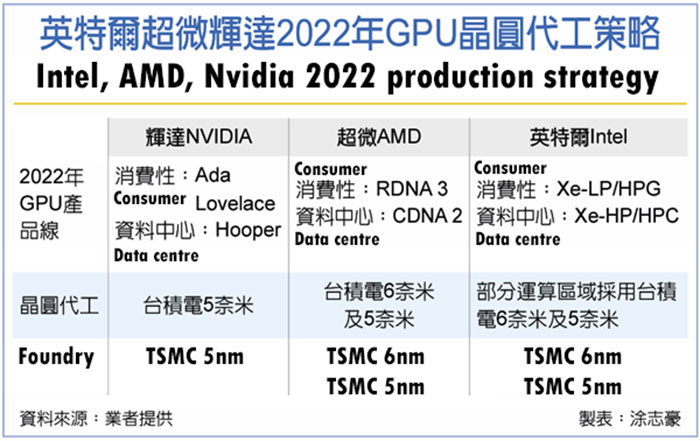 Schedule of production shared by Commercial Times, with some necessary translations

Moving along to Intel, and the insiders say that some parts of Intel's upcoming consumer and data centre GPUs will be built on TSMC 6nm and 5nm processes. I think Intel will take these 'compute tiles' and use its own advanced packaging and connectivity tech to create the finished processors.

Last but not least, the report also signals the move of Qualcomm's business from Samsung to TSMC. It says that "Qualcomm's 5G mobile phone chips have begun to use TSMC's 6nm process in the second half of the year, and will expand the use of TSMC's 5nm and 4nm mass production next year".

Another report from Taiwan, this time from United Daily News, says that Apple has ordered over 100 million iPhone processors from TSMC (If you click the link, Google translate uses 'Hon Hai' in place of 'Foxconn'). These will be A15 processors created on TSMC N5P, which started rolling off the production lines at the end of May this year.

Apparently the N5P yield is somewhat below N5, so it isn't as economical at this time, but Apple needs the newest this and that to push forward its iPhone 13 in September. The most optimistic investors were estimating that Apple would prepare 95 million iPhone 13 models, so the info from the TSMC insider. Apple is expected to have iPhones powered by TSMC 4nm produced SoCs next year.

lumireleon
With the Samsung 8nm fiasco TSMC is careful with Nvidia, these are people who can jump ship anytime and leave all those ASML machines idle.

Its dangerous to jump ship as well, if the competitors foresee it well, they can shut down or seriously delay production of NVIDIA hardware as put behind in the queue…

I don't think people that neeed a new system or games that are goign to update a 2 generation old GFX card is going to wait another year and a half on a NVIDIA product if the market by then is flooded by AMD… and even by given time have a drop in the price.
Posted by iworrall - Tue 27 Jul 2021 09:35
The data centre cards are codenamed “Hopper”, after Rear Admiral Grace Hopper, NOT “Hooper”.
https://en.wikipedia.org/wiki/Hopper_(microarchitecture)
https://en.wikipedia.org/wiki/Grace_Hopper
Posted by nobodyspecial - Wed 28 Jul 2021 15:28
Look no further than Intel's 6nm taking out Warhol 6nm chips, and Intel's 3nm taking out AMD, Nv and forcing a delay next year for apple now with 4nm macs instead of 3nm. So yeah, reserve early or play musical chairs on your downgraded processes. Apple moving ~14-30mil macs next year without 3nm means a LOT more 4nm will be needed, so it will be interesting to see how 4/5n shakes out next Christmas and beyond. AMD was planning on 3nm just like apple. I'm sure NV had some 3nm plans as well, especially after samsung surely don't want to be caught with samsung for top end again for a bit. Maybe all the lower models OK, with much more margin on clocks, watts etc down there.

NV seems to be going bigger at 5nm, and with Intel and probably apple right after M2 chips coming for gpu, I think NV is thinking less and less about AMD's R&D dept and more about the other two new guys with MASSIVE net income to throw at R&D gpu teams and drivers. Only one of them has to get it right to do a LOT of damage potentially, as they both have basically ZERO discrete and wads of cash to throw at the best WAFERS. I think this is why we might actually get what NV is promising next round with 3x perf. Really it's only adding another chiplet with the shrink and TSMC (samsung 8 vs TSMC 5nm is probably a free double, then just plopping down the equivalent of one more so to speak). Samsung 8nm is way behind TSMC 5nm in density. IE, Samsungs 3nm is worse than TSMC 5, so NV should be able to do a 3090 (628mm^2 now on samsung8) @ less than 1/2 the space depending on who you believe.

https://www.techcenturion.com/7nm-10nm-14nm-fabrication
samsung 8 on that chart less than 1/2 TSMC 5nm EUV density. Those are updated a bit on semi-digest (semiengineering) or something, just dont' have time to find it again…This one just a quick search, and has a chart down to 5nm est, but 8 etc in the books (just an extension of their 10nm so no surprise tsmc5nm 2x+).

I'm torn by the fact I am excited about an Intel gpu at 6nm or 3nm…LOL. Then again I'd rather have a 5nm NV than 6nm Intel if I can get one. But how likely is it we get a shot at something in the next year anyway? I'm just hoping I'll at least get an Aug5th AMD chip with gpu for an HTPC build or two ;) I can wait for a gpu flood at 3nm or something from Intel while they attempt to take every AMD/NV/APPLE wafer they can use at TSMC. GPU seems good for ages, as they have ZERO share of discrete. Make all the 3nm you can for a year or 18 mo Pat. Major pain on bottom lines for NV/AMD and minor for apple with a delay of 3nm for M2 macs (still ROFL @ apple had to go 4nm). Why does chrome paste crap fonts. Bah, back to FFox. Sorry if it looks as bad on your end as mine… :(