Central and southern areas in Taiwan are in the midst of a prolonged dry spell that lasted months, following a rare typhoon-free summer, reports Reuters. Water is essential to the running of the high tech semiconductor factories in Taiwan that have expanded in the wake of the Sino-US trade war, and due to increasing demand for their products – particularly from the computer and automotive industries.

Weather bureau and water corporation sources see no let up to the current drought, with central and southern reservoirs down to about 20 per cent capacity and the threat of water rationing looming. Vanguard International Semiconductor Corporation and United Microelectronics Corp have both signed contracts with water delivery trucks and assert there has been no impact on production so far. Now it seems that TSMC is kick-starting a similar program, but it says the road haulage tankers are being arranged as a "pressure test," indicating these aren't essential supplies at this time. 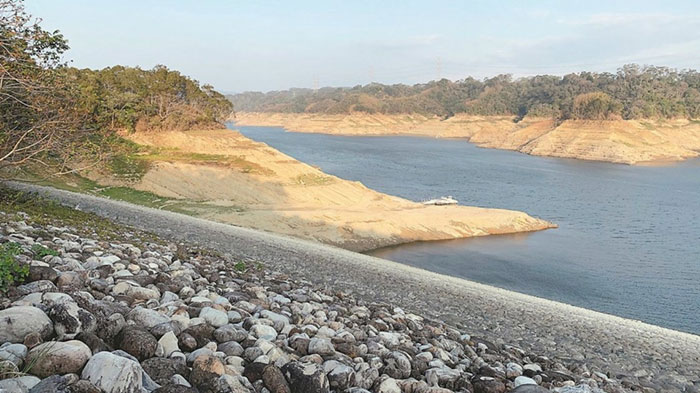 TSMC has foundries in Hsinchu, Taichung, and Tainan – with those latter two cities in the central/southern part of the country. Buying water by the truck load is of course going to have a significantly greater cosy than from the local network but the preparations and cautious measures might be enough to get TSMC's foundries through a continued dry spell in the coming weeks / months. Starting today, for example, Tainan has moved to the orange water shortage warning level (yes, orange is between the yellow and red alert levels – moving towards the worst case). Orange alert means that water supplies will only be available to certain areas at certain times on rotation, but I understand some use cases / industries can get a special waiver.

While the central and southern areas of Taiwan have been experiencing the very dry spell outlined above, I note that to the north-east of the island Yilan County has enough rain to shame the English Lakes district. In Nov/Dec 2020 it recorded a straight 27 days of rain and I saw reports of road and building subsidence. Since Taiwan is so small (approx 245 miles long and 90 miles wide at its widest point), there should be plans to collect this rain and pipe it westwards. However, the central mountain range would be a considerable obstacle.

3dcandy
Or Apple, Qualcomm, loads of others

Qualcomm and Nvidia have contracts with Samsung. Intel is going to also benefit too.
Posted by flearider - Thu 25 Feb 2021 15:30
as said they will just build a pipeline .. 2-3m won't break the bank of those company's .. it's just the time it will take to do ..