The Taiwan Semiconductor Manufacturing Company (TSMC) virtual Annual Technology Symposium is currently taking place. It seems like the contract semiconductor manufacturer is going from strength to strength right now, and the symposium presentations make it look like this good fortune is set to continue for the foreseeable future.

Last week HEXUS wrote about TSMC's massive milestone in N7 (7nm) chip production - that it had manufactured "one billion functional, defect-free 7nm chips" since April 2018. The process is used by many PC component makers in CPUs, GPUs, 5G and networking chips, and more - 140 designs currently use N7 and that number is expected to rise to 200 by the end of the year. 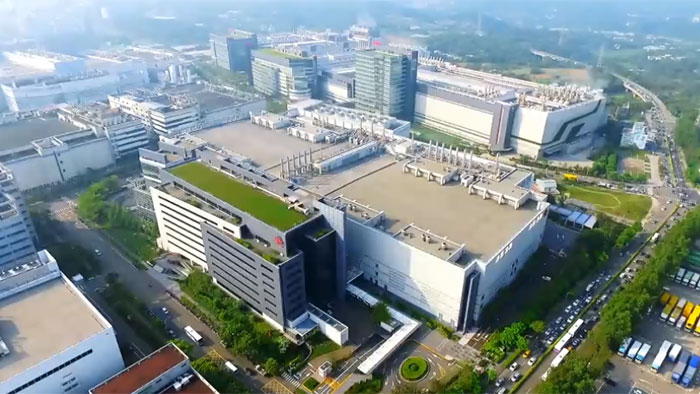 Coming up shortly will be the proliferation of products built on N5. TSMC started volume manufacturing of N5 in Q2 this year. Apple's next A-Series processors are expected to be amongst the first components to benefit from this cutting edge process. We will hear about these pretty soon when the next gen iPhones are announced, and we might at that time learn more about new iPads, and the exciting new range of Mac computers powered by 'Apple Silicon'.

On the topic of N5 this process is said to be progressing with defect densities a quarter ahead on N7, which is a good sign. According to TSMC N5 will be 15 per cent faster, 30 per cent lower power, with a 1.8X density versus N7. N5P will finesse things further by adding an extra 5 per cent speed and reducing power consumption by 10 per cent. 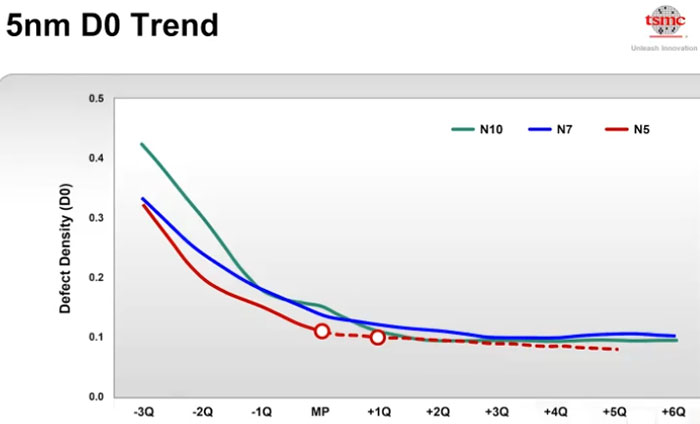 N4 will be an extension of N5 and thus offer a straightforward migration path for N5 users/products. TSMC says it will start N4 risk production in Q4 2021 with volume production estimated to begin in 2022.

N3 is FinFET based with full 3nm scaling in effect. It will enter risk production in 2021 with volume production to follow in H2 2022. TSMC has some perf/power projections for N3 vs N5 (not N5P). N3 will deliver a 10 to 15 per cent performance increase, with 25 to 30 per cent reduction in power, with a 1.7x logic density, and 1.2x SRAM density, and 1.1x analogue density. 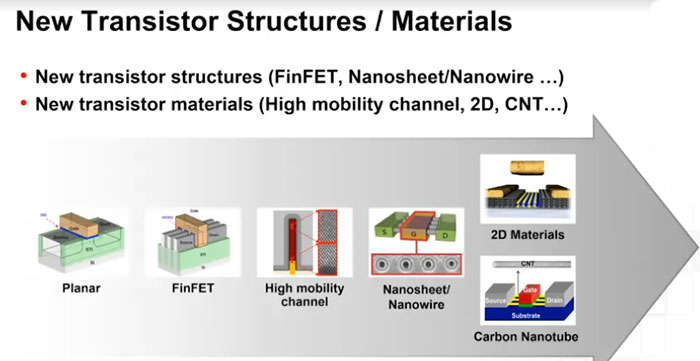 How to progress beyond 3nm?

TSMC isn't just following the tried and trusted process shrinking path, it has some other technologies at play to keep ahead of the pack. At the symposium TSMC announced its 3DFabric technology which represents a set of advanced packaging techniques for chip stacking (chip-on-wafer, wafer-on-wafer) and advanced stacking of chips, interconnects, interposers, memory, and so on. 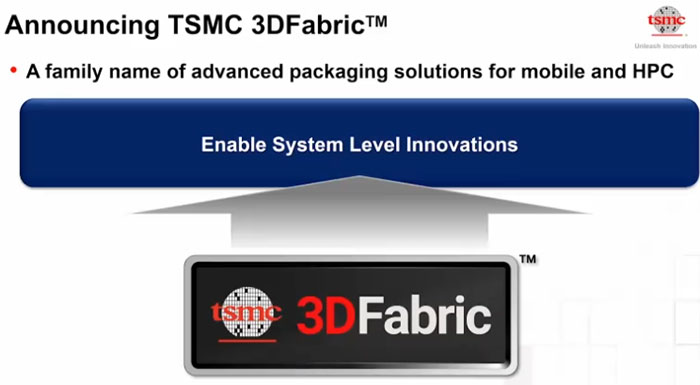 At the time of writing the TSMC virtual annual Technology Symposium materials are yet to be published online in the usual places, so I had to grab screens from the live presentations. I think TSMC press releases and blog posts will be up for further reference later this week.

Posted by cheesemp - Tue 25 Aug 2020 11:11
I thought going down this small was supposed to hit theoretical limits soon (or at least that was Intel said when they abandoned Moore's law a few years ago). Have I missed some break through? Aren't we getting to the stage where gates are just a few atoms wide now?
Posted by DanceswithUnix - Tue 25 Aug 2020 13:22

cheesemp
I thought going down this small was supposed to hit theoretical limits soon (or at least that was Intel said when they abandoned Moore's law a few years ago). Have I missed some break through? Aren't we getting to the stage where gates are just a few atoms wide now?

A quick Google says Silicon atoms are 0.2nm, so yeah you don't get a lot of atoms across a gate width.

Lots of fins to get fets to actually switch off has helped, and EUV lithography to help draw such small features. But I have to wonder how close we are to the end of the road here.

QuorTek
So what is Intel going to do?

“Assuming all goes to plan, we have 2022 with 7+, then 2023 with 7++ and another new process node, believed to be 5nm. This is expected to be the inflection point with TSMC’s 3nm in terms of density, which could suggest that this is where GAA technology is likely to be.

DanceswithUnix
A quick Google says Silicon atoms are 0.2nm, so yeah you don't get a lot of atoms across a gate width.

I'm only parroting Mr Keller but he said a Fin on a modern transistor is around 120 atoms and quantum effects start at around 10 atoms so it seems we've got a way to go, physically speaking. (If the time stamp doesn't work it's around the 34min mark)