ASRock branded graphics cards are providing some insight and firming up expectations of an impending launch for the AMD Radeon RX 6600 and RX 6600 XT series. In March we saw Radeon RX 6700 XT models pop up on the EEC a week ahead of the official launch, will this latest finding by Twitter's @Komachi be a similar time signal?

The EEC notification includes ASRock product names which clearly point to AMD and partners readying a new SKU to fit in the space below the RX 6700 / XT. The XX6X graphics cards from both AMD and Nvidia are generally big sellers, so this should be a popular volume product for AMD et al, supply chain willing. 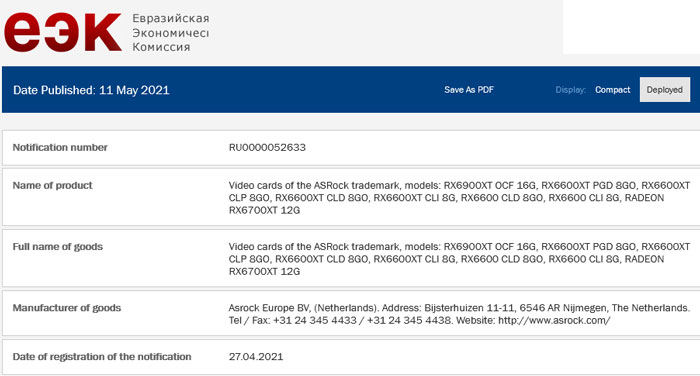 Above you can see the following GPUs have been trademarked by ASRock, with every model be it a Radeon RX 6600 or RX 6600XT sporting 8GB VRAM. This is likely to be GDDR6 on a 128-bit bus.

Previously in the ASRock graphics cards stables, the Phantom Gaming models have sported premium cooling shrouds with lashings of RGB (see contemporary example above). Moving down the pecking order a little, the Challenger Pro sticks with the triple fan cooler - but with a few spec snips applied. Challenger D models have dual fans (example below), and Challenger I models are single fan cards targeting Mini ITX builds and other space constrained applications. 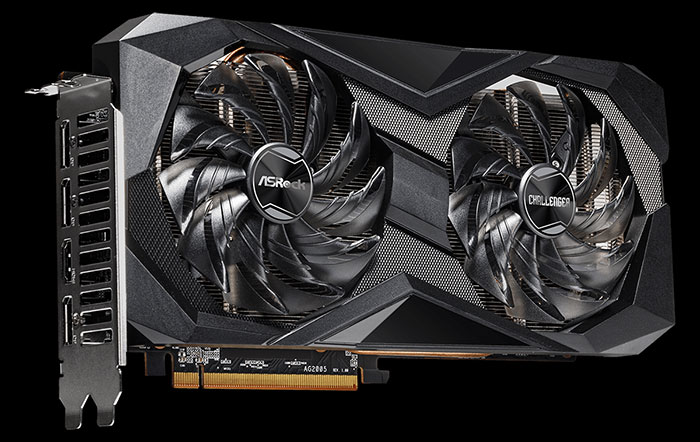