It now looks almost certain that Nvidia will take the wraps off some new members of the GeForce Ampere family at its upcoming CES 2021 presentation. Nvidia will begin its GeForce RTX: Game On special event at 9am PST (5pm UK) on the 12th January. As well as new desktop cards it is expected to use the show to announce GeForce RTX 30 mobile GPUs – which will lead to lots of gaming laptop refresh models emerging at CES.

Earlier this week we reported on Asus official product support pages which included links for yet-to-be-announced graphics cards like the ROG Strix RTX 3080 Ti 20G Gaming, and ROG Strix RTX 3060 12G Gaming. Those were just the latest leaks about these products – but from the most reputable source thus far – from an Nvidia AIB partner. 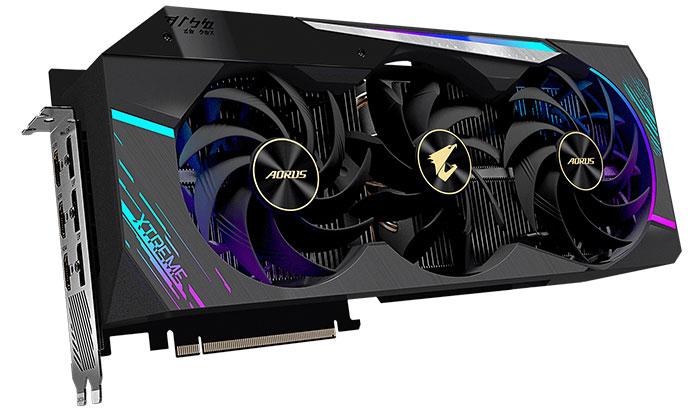 Yesterday the EEC online database added an entry from another popular AIB, Gigabyte. This popular Taiwanese computers and components maker has lined up an incredible range of new graphics cards, according to the listing. It has trademarked a total of 13x GeForce RTX 3080 Ti 20GB and 6x RTX 3060 12GB models, as well as some new variants of GPUs that we already know about. I've tabulated the completely new entrants below: 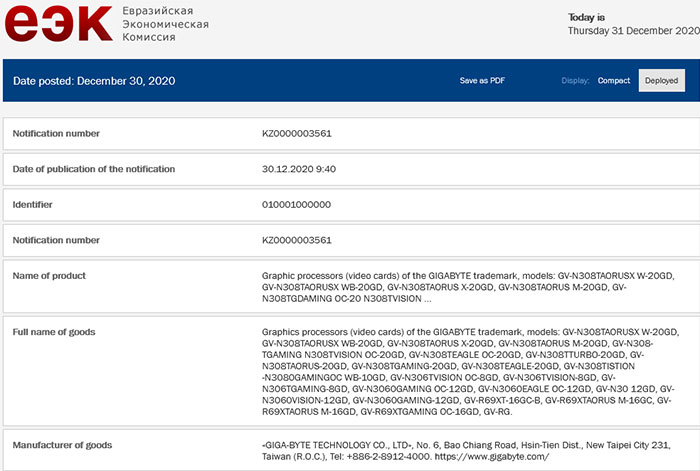 There are a lot of variants of the RTX 3080 Ti 20GB, so perhaps Gigabyte expects it to be a popular choice among consumers, eventually. The above tabulated cards could be a good choice if you are looking to ensure your investment has a longer lifespan, thanks to their ample VRAM allocations. Picking through the listing I didn't spot any of the other recently rumoured GeForce Ampere GPUs, like an RTX 3060 with 6GB of VRAM, any RTX 3070 Ti, or any 3050 products.

Just ahead of publishing it has come to my attention (via news@tip.com, via VideoCardz) that Lenovo has prepared some Legion PC desktop gaming computers with configurations including the following GPUs: Nvidia GeForce RTX 3060 12GB, RTX 3050 Ti (6GB), and RTX 3050 (4GB).