The evidence for the imminent arrival of a new Nvidia GeForce RTX 30 series graphics card, specifically the RTX 3060 Ti, has been piling up in recent days. Last week we saw a genuine looking performance slide emerge from a reliable source. That was a rather sweet addition to earlier evidence of this SKU from the likes of the EEC, and various previous leaks.

This weekend has seen quite a flood of significant RX 3060 Ti leaks and at this rate there won't be any surprises left by launch date. Of course Nvidia could surprise us by releasing more than just the widely leaked RTX 3060 Ti on the same day, and/or by having plentiful amounts of stock available for eager mid market gamers and enthusiasts to pick up. 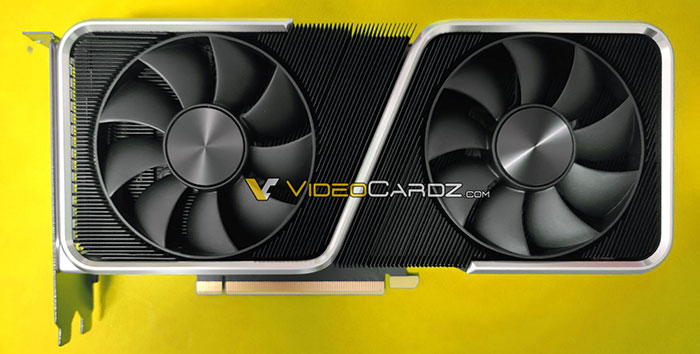 VideoCardz has shared the first photos of what is claimed to be the Nvidia GeForce RTX 3060 Ti Founders Edition, as well as photos of upcoming graphics cards based upon the same GPU from the likes of Gigabyte / Aorus and Galax.

The Founders Edition photos hold no real suprise; it looks pretty similar to the RTX 3070 FE, except, VideoCardz says, that the RTX 3060 Ti is a bit more silvery. The PCB looks rather short and like other RTX 30 cards there is a cutout on the back side of the card so the second fan can use this route to increase airflow.

The designs from Aorus and Galax are custom, with a slightly different approach. Giagbyte has gone for a triple fan cooler for its RTX 3060 Ti Aorus Master, and this is said to be its flagship card for this GPU. VideoCardz goes on to say that the Aorus Master features 3x DisplayPort and 3x HDMI (2.1, and 2.0b) connectors, as well as 8+6-pin power in, expected boast higher clocks than reference, or other Gigabyte cards already leaked such as the Gaming OC Pro or Eagle. 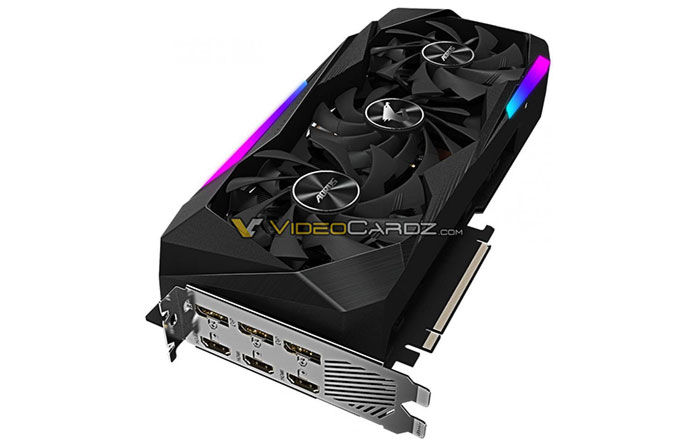 Galax has a GeForce RTX 3060 Ti model which looks a lot like its RTX 3070 EX (Black). It is a dual fan 2.5 slot design with a single 8-pin power connector. As I write, the first pictures of an Asus TUF Gaming RTX 3060 Ti have appeared too.

It is worth recapping the RTX 3060 Ti specs in comparison to the already launched members of the consumer Ampere family, below. The word on the street is that the GeForce RTX 3060 Ti will be launched on Wednesday 2nd December, a little over a week away.