Last week we got some solid indications of what to expect from AMD's first Radeon RX 6000 GPUs, via the ROCm v3.8 Linux firmware file. As a reminder, Redditor stblr datamined the Radeon open compute firmware file and found references to some upcoming AMD Radeon RX 6000 GPUs. More specifically, stblr found indications that Sienna Cichlid (Big Navi or Navi 21) would have 80CUs and a 256-bit memory interface, Navy Flounder (Navi 22) would sport 40CUs and a 192-bit memory interface. 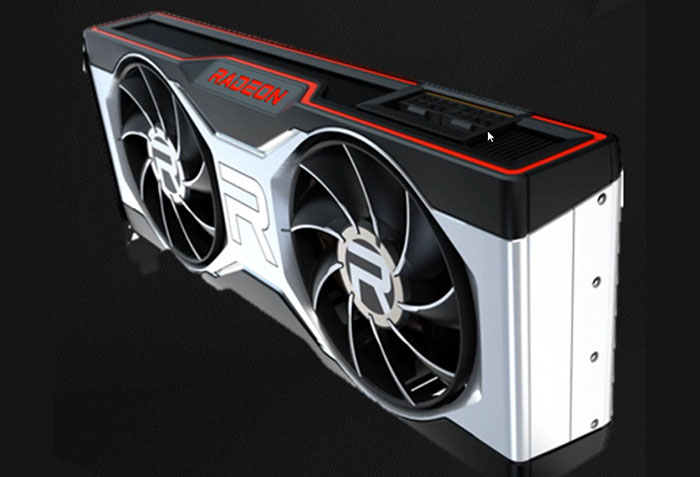 Sienna Cichlid and Navy Flounder pack 80 and 40 CUs, respectively, and to work out how many streaming processors (SPs) these designs feature one should multiply that number by 64 (assuming same arch as RDNA 1) giving 5,120SPs and 2,560SPs, respectively. This assumption appears to have been proven correct in some further data mining by stblr - this time digging through Apple's latest MacOS 11 Big Sur code.

Apple recently made this beta available, so anyone can dig within the files to verify stblr's findings. This code is naturally different from the ROCm in the way that it describes supported GPUs. A good thing about the difference is that the 'AmdRadeonX6000HwServices' file confirms specs like SP counts, clock speeds, and TDP indicators. However, some of these values, especially GPU/memory clock speeds, could well be subject to change ahead of official product launch. 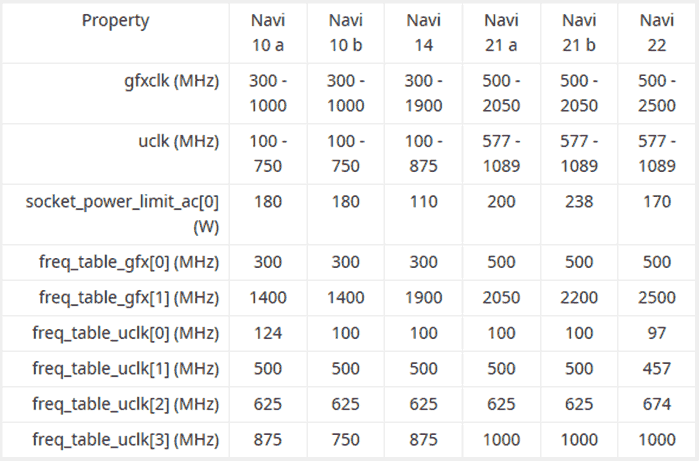 There is also some data on upcoming APUs too, which is worth a look. Stblr asserts that the data uncovered confirms that "Cezanne has the same GPU configuration as Renoir, Van Gogh has 8 RDNA 2 CUs, [and] Rembrandt has 12 RDNA 2 CUs (btw it also has VCN 3.1)". 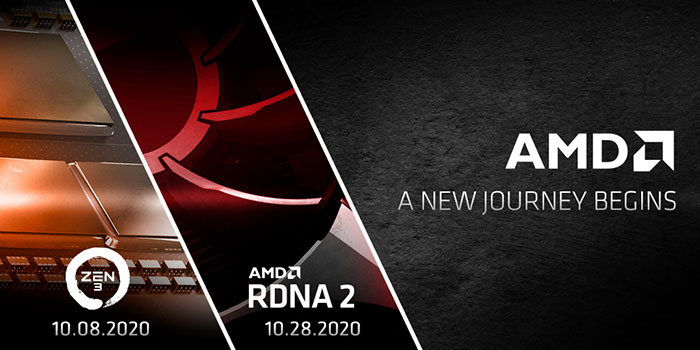 In case you need a reminder, the AMD RDNA 2 event is scheduled for this time next month, 28th October.

ik9000
in English please? How will it fare compared to RTX3000 series?

kalniel
There isn't the information in this code to answer that question. What it is telling us is that the new GPUs have pretty high frequencies, and pretty low TDPs.

It's all right, they're letting the AIBs beta test on Nvidia cards first so they can sort stability out by the time these cards release ;)