Yesterday chief architect and senior vice president of Intel's discrete graphics division, Raja Koduri, shared some photos he took while touring the firm's Xe GPU labs in Folsom, Ca. A trio of Tweets were released a few hours ago, recording the visit by Mr Koduri with some interesting pictures shared. 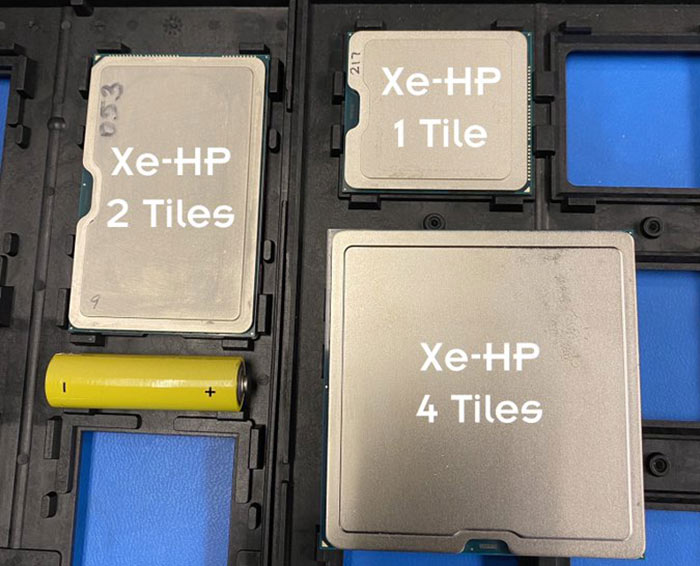 Above you can see the headlining photo which shows three members of the Xe GPU family. Koduri boasted that here one could see the BFP, or the "big fabulous package". Previously HEXUS has reported upon the chiplet-based nature of these solutions. Intel uses the terminology 'Tiles' to refer to these chiplets.

In comments below the Tweet, HardwareLuxx Editor Andreas Shilling provided some analysis of the photo - with package size approximations taken with reference to the known size of the AA battery in the picture. Also, Schilling made it clear what was shown in the photo; various Xe GPU packaging, sporting, various amounts of processing 'Tiles'. 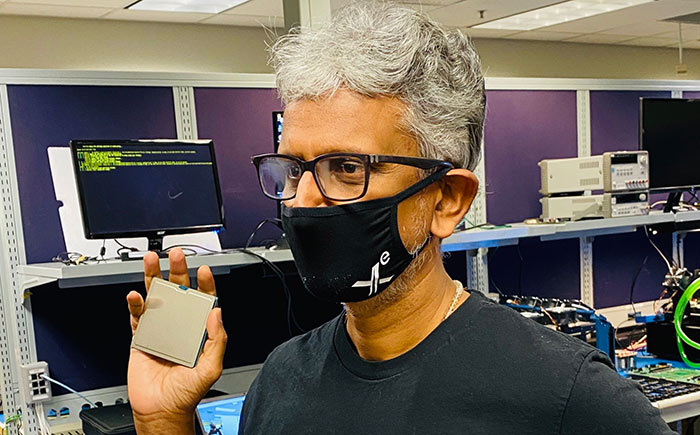 Above you can get a sense of the size of the quad-Tile GPU in hand. Mr Koduri commented that "And..they let me hold peta ops in my palm(almost:)!", likely alluding to the processing power of this GPU in terms of tensor ops performance. This chunk of a processor measures approx 80mm square.

A pair of images showing liquid cooled Xe-HP GPUs were shared by the Intel graphics boss. All Koduri said about this pair of images was that he misses "the chaos and beauty of bringup labs..A day trip to Xe lab in Folsom". Due to Covid-19, I guess he is spending quite a lot less time visiting such facilities, even though he owns a natty black Xe branded face mask. 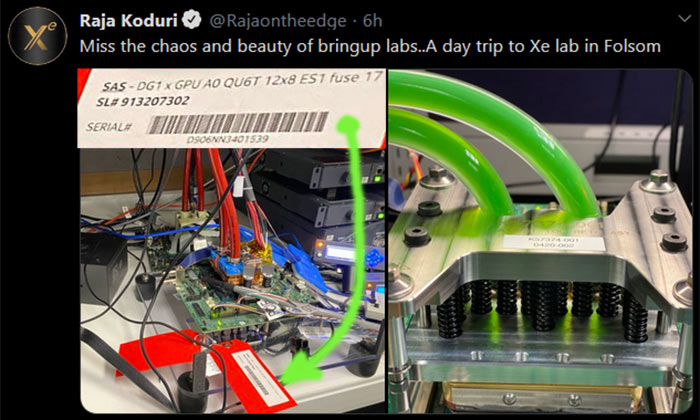 One of the images, with the red tubed LCS, is labelled DG1 x GPU - as you can see by my colse up over the screenshot, above.. The image on the right, with green LCS, doesn't have any meaningful description.