The official Intel Graphics Twitter account shared some interesting photos on Friday afternoon. Three pictures were initially shared, a close-up shot of an unnamed processor - both the heatspreader and connector side, and photos of Jim Keller and Raja Koduri at a production facility wearing masks wrong (not covering nose and over a bushy beard, respectively). The Intel exec pictures have since been pruned from the post but probably more importantly, it has been clarified what the processor under the spotlight actually is. 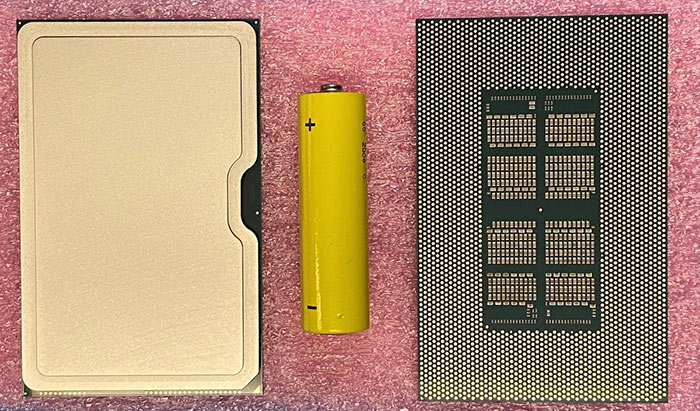 Alongside the above photo Intel Graphics wrote "Silicon bring-up with many tens of billions of transistors needs surgical teamwork of various engineering functions. With only remote access to labs spread worldwide, this was deemed impossible, until now. #NoTransistorLeftBehind #JoinTheOdyssey". On the same day, Friday, Intel Graphics boss Raja Koduri retweeted the image saying "The 'baap of all' is back, battle-fielding and b-floating".

Koduri's comment caused a flurry of speculations, even that the processor pictured was an 'RTX 3080 Ti beater'. Thankfully the Intel exec came back to Twitter to clear things up a bit, and to help manage expectations.

The chip pictured was an Xe-HP processor which is a data centre targeted GPU, explained Koduri. Similarly, the Ponte Vecchio GPU (detailed at SC'19), is an Xe-HPC processor. Koduri explained that Intel is looking to provide an "incredible computing solution range from edge to cloud to keep up with the data we are generating in real-time".

Later on Koduri added that the gamer / consumer line of Xe GPUs was addressed by information shared at CES 2020, back in January. The Intel Graphics boss went on to say that "Our current focus is very much around unsolved user problems in PC Graphics - particularly in integrated graphics and segments immediately above that reach 100’s of millions of gamers every year," which does indeed sound like a worthy quest. 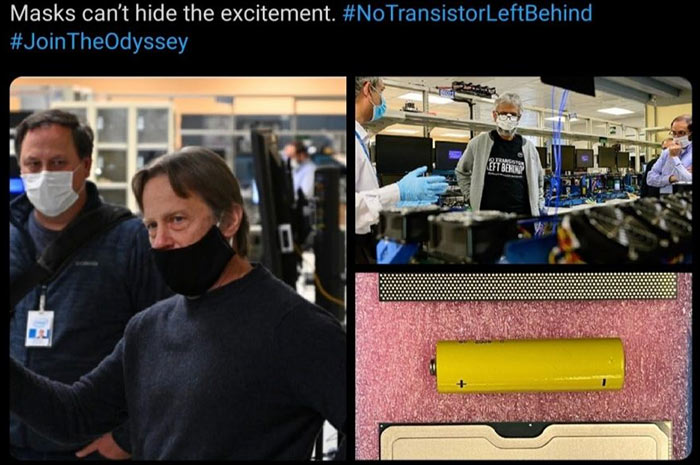 The next consumer Xe GPUs that materialise are likely to be the Xe-LP architecture integrated GPUs in 10nm Tiger Lake processors. As recently as last month, Intel asserted that Tiger Lake CPUs would be available this summer and that it had enjoyed a lot more design wins for TGL than ICL.

ik9000
that guy needs to learn how to use a mask. Not covering the nose kind of renders it ineffective!

Also looks like one of them is touching the mask…

It's a little bit like when people properly trained with firearms watch an action film and wince at the muzzle discipline of the “SWAT” team and laugh as the Glock makes the sound of the hammer being cocked. In fact, if you're bored you can play drinking games or bingo to those films.

I was thinking of starting a drinking game for whenever Laura Kuenssberg asks a stupid, ignorant question at the government briefings but honestly, I'd end up getting my stomach pumped.