Epic Games has acquired a long-time technology partner called Cubic Motion. The subject of the acquisition is well known for its automated performance-driven facial animation technology, as featured in HEXUS news previously. Below you can see various animated faces powered by the Unreal Engine which debuted in recent years. 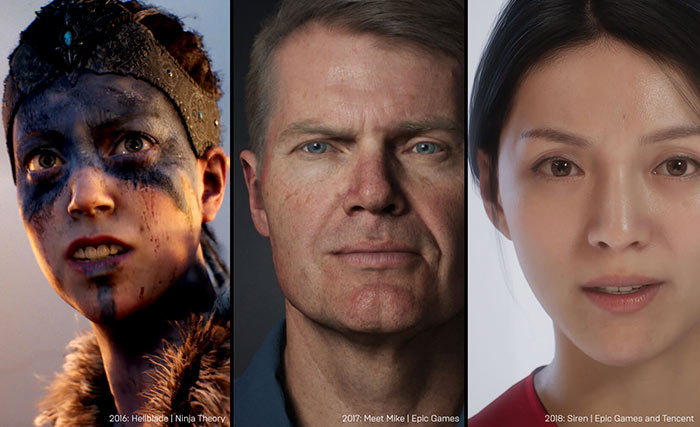 Epic's synergistic strategy of bringing Cubic Motion onboard is further enhanced by 3Lateral, a developer of innovative technologies that enable digitization of human appearance and motion at unprecedented levels of realism, which it added to the Unreal Engine team in January 2019.

Tim Sweeney, Epic Games founder and CEO, talked about how complex it is to create realistic digital humans, calling the task "the next frontier of content creation". With the acquisition of Cubic Motion and the 3Lateral team already in house, Sweeney believes the Unreal Engine can help 'democratise' this graphical expertise and animation technology.

The most recent example video of Unreal Engine, 3Lateral, and Cubic Motion tech working together is the Siren video from GDC 2018. Below you can see the official 'Siren' video featuring a high-fidelity, real-time digital character based on the likeness of Chinese actress Bingjie Jiang. China's Tencent and the UK's Vicon also collaborated on this project.

Epic didn't divulge how much it paid to acquire Cubic Motion.

Ttaskmaster
I look forward to seeing what awesome games they can create with this, and wish them every success… mainly because I want to play awesome games!

KultiVator
Careful, it's a careless move to suggest you might spend some cash at the Evil Epic Store ;-)

Besides, I'd never even suggest it when everyone knows I play the FREE games that Evil Epic so kindly give me! :D
And careless? Heck yeah - I live dangerously, you know!!