AMD has released a new Polaris GPU based graphics card for China-only. You might have read of the rumours about this GPU, as it was spotted ahead of becoming an official product, but now the full specs are available on AMD's official China-facing website. I say full specs, but there is a little morsel missing, whether the AMD Radeon RX 590 GME is build around the Polaris 20 GPU (14nm GloFo, used in the RX 580) or the Polaris 30 GPU (12nm GloFo/Samsung, as used in the RX 590). 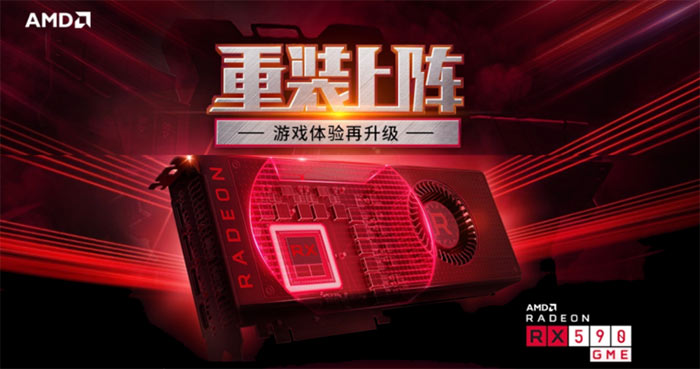 Despite the numerals in its name, the new China-only graphics card is expected to be nearer to the RX 580 in performance. I've put together a comparison table below which makes that statement and my intro paragraph clearer:

If you have considered, owned or paid much attention to the Radeon RX 580 series of graphics cards before - and you have had plenty of chance to - you will note that the brand new RX 590 GME's specs are pretty much the same as the third party OC models that have been available since the year the RX 580 was launched / introduced. For example, HEXUS reviewed the MSI Radeon RX 580 Gaming X 8GB in July 2017 and it offers the exact same 1,380MHz GPU boost clock out of the box. However the likes of the very popular Sapphire Radeon RX 580 Nitro+ are even faster, with an out of the box 1,450MHz boost clock preset. 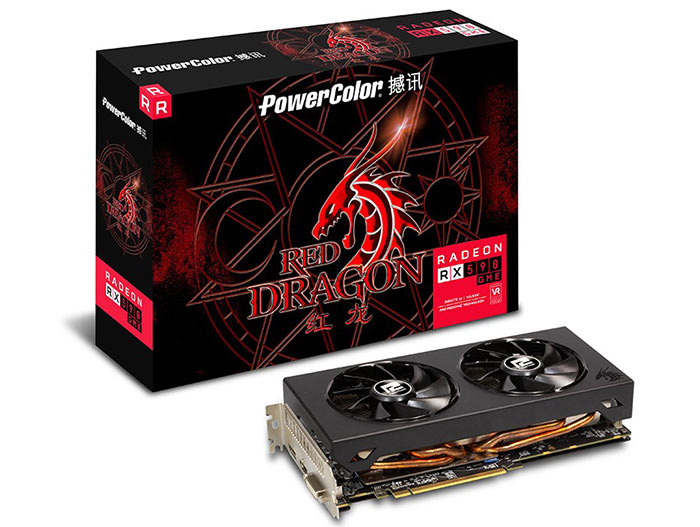 One of the biggest questions about the AMD Radeon RX 590 GME will by simply - why? Speculation about GloFo available production capacity (vs TSMC's N7 congestion), excess stock of Polaris 20/30 GPUs, and GDDR5 availability, are all likely factors in AMD's decision. However, we won't have an idea of the price/performance offering here until the RX 590 is pitted against contemporary rivals in China. I see Chinese etailer JD.com has a number of Radeon RX 590 GME cards up for sale for between ¥1,189 and ¥1,399 - that roughly translates to USD $170 to $200 (or GBP £133 to £157).