The yearly major update to the AMD Radeon graphics drivers package is due soon, looking back at previous years. Perhaps it could launch as the first Radeon RX 5500 series graphics cards become available, thought to be as soon as Thursday. It would be interesting to know what major features AMD can pack into this driver, utilities and optimisation suite - considering its already comprehensive feature set. 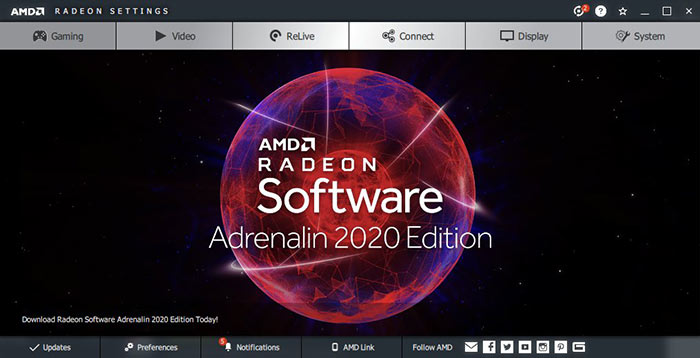 Reddit users, via Twitterer Komanchi, spotted an early indication of major features to come to the AMD drivers via a footnote in AMD's Gaming Details page. The details highlighted, under the codenames GD-156 and GD-158 have since been edited out but screen captures provide the now missing details, see below.

As you can see above, Integer Scaling is on the way to AMD GPU users. The most welcome aspect of GD-154 is the long way back in hardware terms, that AMD is extending support for this feature to. However it looks like you will need to running Windows 10 to make use of this feature.

Regular readers will be well aware of Intel and Nvidia already implementing a similar feature. We saw early indications of Integer Scaling coming to AMD a month ago via Linux driver patches. 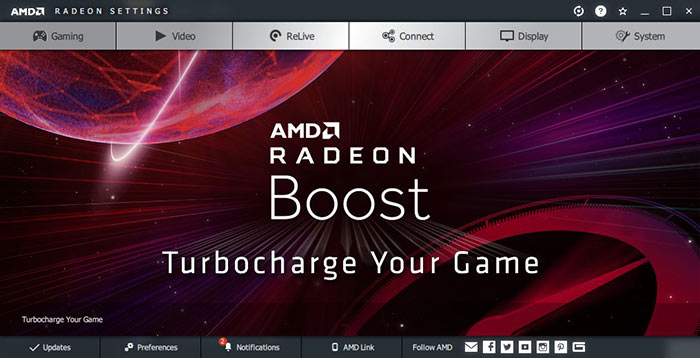 With regard to Radeon Boost, Redditors think this might be the result of AMD buying up a company called HiAlgo three years ago. HiAlgo Boost software from this company "intercepts and on the fly modifies commands sent from the game to the graphics card, optimizing performance frame by frame." The algorithm decreases resolution in fast paced scenes restoring full resolution when the camera stops. It is said that this adaptive resolution tech can help fluid gameplay even on a weak graphics card.

Some Radeon RX 5700 graphics card packaging already highlights this impending feature as a selling point. In our screenshot you can see that Radeon Boost works with RX 400 and newer Radeons. You can make use of this feature on Windows 7 and 10 systems, but the feature is only supported in a subset of games listed on an AMD microsite which isn't yet live. 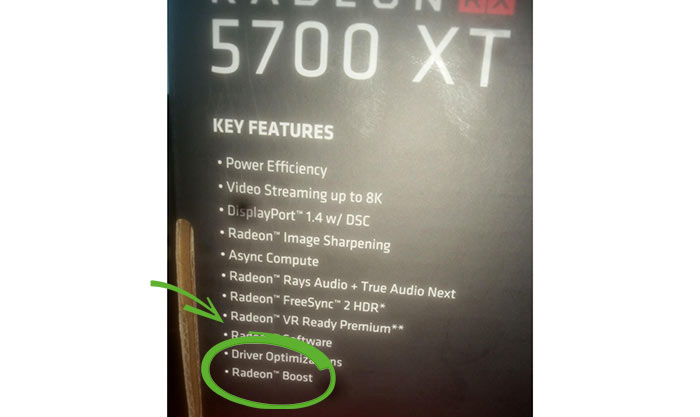 HEXUS will offer more coverage of this driver when it becomes official and fully documented.

If you can find one, that is.

Both are designed for GPUs which use Nvidia's reference PCB layout.

cheesemp
Good to see some more improvements coming to my old rx480. I was pleased to get RIS (Radeon Image Sharpening) so this is just another bonus. Its nice to be rewarded as a customer without the latest product (hint hint nvidia).

To be fair, the last set of features like sharpening and zero-frame pre-rendering also came to older nVidia cards too.