PowerColor has launched its Red Devil RX 590 8GB GDDR5 graphics card. The firm claims that the new SKU “brings new blood to the mainstream market, performing more than 10% over the comparable priced cards.” It goes on to describe the product as a “no brainer” on its News Centre page headed with the date “2018-11-15”. Never mind, the RX 590 has already been widely spotted as reported here and on many other PC hardware tech sites. 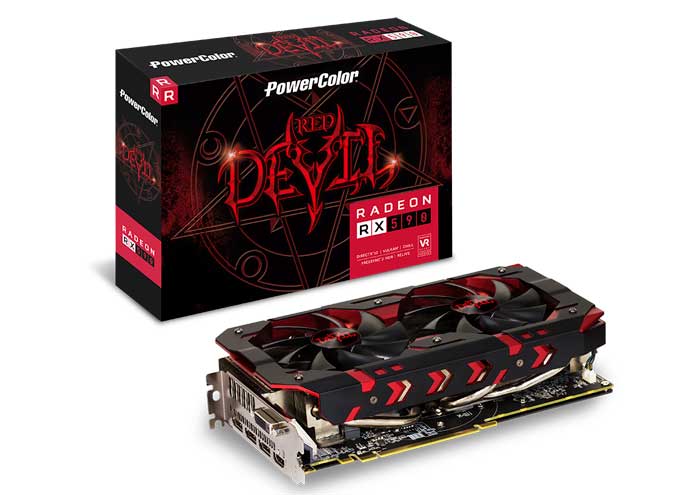 It is confirmed in this official but premature PowerColor news release that powering the new card is AMD’s newest gaming RX590 GPU built on 12nm. It asserts that the RX 590 can easily cope with 1080p gaming “at the highest settings with uncompromised graphic details”. PowerColor highlights the fact that its Red Devil RX590 boasts a core boost clock of 1576MHz, which is a “17 per cent clock speed increase over the RX 580 at no power consumption increase”.

The PowerColor Red Devil RX 590 is fitted with 8+6 power connectors, and uses a 6+1 multi-phase power design. DrMOS tech is present to improve power efficiency and stability. This double fan design looks a lot like the Red Devil RX 580 Golden design with its cooler and heat pipes. Mute fan tech is present here too, which as you might divine from the name turns off the fans when the GPU is idling or below 50°C. A switchable BIOS is installed with performance and quiet modes for convenience. 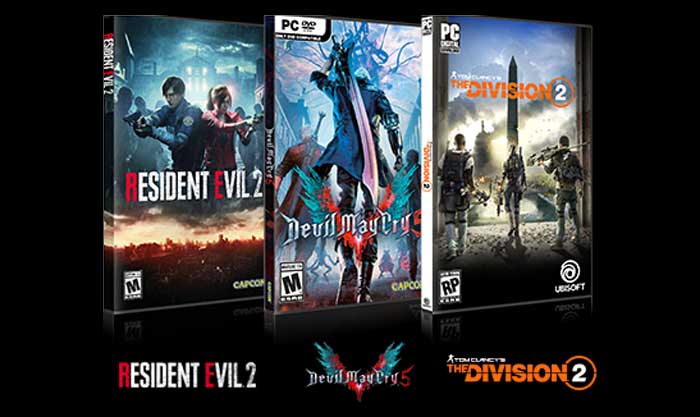 It is revealed that this new graphics card comes with a tempting bundle of games said to be worth $180; Resident Evil 2, Devil May Cry 5 and The Division 2. PowerColor says the bundle of RX 590 graphics card and games will be available worldwide from 15th Nov. We haven’t been supplied pricing details. Full tech specs from the PowerColor site are reproduced below.

*Specifications subject to change without notice.

mtyson
VideoCardz says these RX 590 cards will cost $279 and upwards with the ‘free’ games bundle.

evilbuffyz
with all honesty I am thinking of switching to AMD, the reason, G-Sync, you buy a decent Geforce card then you have to fork out another 400 pounds for a decent monitor to go with the card.

Well for me the rumoured price for this is too close to the price I could easily pay for a Vega 56. https://www.overclockers.co.uk/powercolor-radeon-rx-vega-56-red-dragon-8gb-hbm2-pci-express-graphics-card-gx-193-pc.html

I would look on Black Friday to see what Vega deals you can get. Seems strange to be releasing a GPU near Black Friday when any launch price is going to look bad :)
Posted by cheesemp - Wed 14 Nov 2018 12:48
Freesync is definitely worth it. I'm using an rx480 to drive a 2k display and i'm able to game on slightly older titles (Just cause 3, sniper elite 3) with just one individual setting turned down from max and by keeping in the freesync range its so smooth. I wouldn't want to try the same on a 1060 as you'd get nasty tearing unless you could turn down the settings enough to get vsync. Its like a free speed boost vs nvidia and I don't think pushed enough.