If your main interest lies in desktops PCs, and you are optimistically, perhaps impatiently, awaiting Intel's Alder Lake CPUs, the good news seems to be that you will get first dibs, later this year. According to Igor's Lab, Intel's alluring hybrid 12-gen Core processors, built on the Intel 7 node, will come to performance desktop first, "in the form of the K and KF" SKUs, along with matching Z690 chipset motherboards. 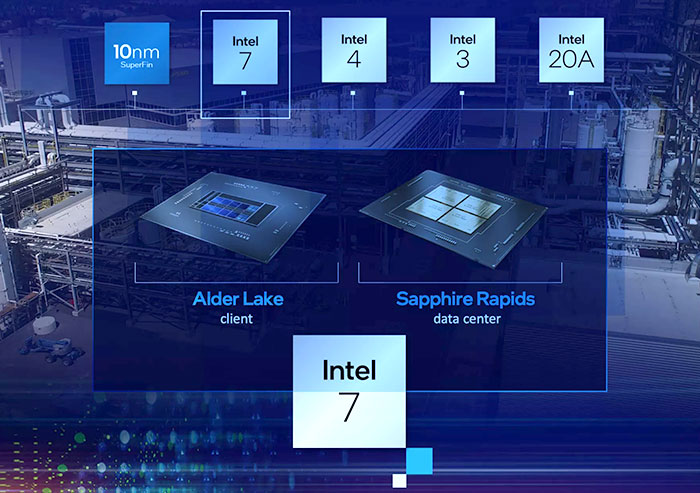 Igor's sources suggest that the enthusiast Alder Lake-S SKUs will debut between the dates of 25th October and 19th November. The first date is close to the date of the Intel InnovatiON (Intel ON) event, which runs from 27th October for two days. In addition to Igor's sources circling these dates, it was noticed by a HEXUS reader that CEO Pat Gelsinger teasingly described the upcoming San Francisco/live-streamed event – as "fully hybrid". As with any good tease, the subject wasn't clear-cut – was he referring to the show format, or the first hybrid processors for mainstream desktops / laptops?

Some other tips regarding what to expect and what not to expect are summarised as follows:

If your tastes are more mainstream, you will be able to assess the success of Alder Lake-S for enthusiasts, before the bulk of desktop and laptop processors are expected to launch at CES 2022. The Las Vegas show in January is also expected to be where the H670, B660 as well as H610 chipsets become official, so we should see mainstream desktop motherboards launched around this time too.

A week ago, HEXUS reported upon the first Intel NUC 11 Extreme 'Beast Canyon' PCs going up for pre-order. Now Intel has made these compact PCs official with a release on the Intel news blog, and a video below.

hexus
built on the Intel 7 node

hexus
built on the Intel 7 node

Come on Hexus, this is where we need you - don't just parrot marketing, tell us what the actual process is. I presume this is 10nm?

The marketing Intel is using with Intel 7 etc is actually the more reasonable term to use nowadays because it's matching how TSMC does their marketing, with the number of nanometers marketed being representative of the transistor density rather than transistor size.

So if you want them to call Intel 7 as 10nm, they also need to start changing what they call chips based on TSMC too and that would get confusing as hell given they actually put nm in the name of their processes.
Posted by kompukare - Fri 30 Jul 2021 13:34
Strange the article says:

Intel's Z690 chipset is expected to support both DDR4 and DDR5 memory,

From the headline I was going to say:
“So it's a DDR5-only depute, then. As only cash cows, sorry enthusiasts, will be willing to stump up lots extra for brand new DDR5 whose speeds aren't likely to be great and like DDR4-2133 will quickly be succeeded by DDR5 which might be an actual meaningful upgrade.”

Okay, Intel are hedging their bets with DDR4 then.
Posted by John_Amstrad - Fri 30 Jul 2021 14:00
Old technology is tried to be sold with old marketing techniques
Posted by DanceswithUnix - Fri 30 Jul 2021 14:38
So does this mean that Intel are expecting such poor production quantities that they only have enough for the enthusiast retail sector that they don't do very well in?