This week there has been talk about a revision of the AMD Ryzen 5000 desktop processors (Vermeer) on the way to deliver faster turbo clocks. It wasn't very clear, but some expected a B2 revision, spotted in the wild, to refine AMD's current offerings in some way or be instrumental in adding faster 'XT' variants to the lineup.

Perhaps to stop the gossip getting out of hand, an AMD official provided a statement to Polish tech news site Benchmark.pl, and to Tom's Hardware, hopefully stamping out any misunderstanding about the B2 revision. Current Ryzen 5000 chips are on the B0 revision, but hardware leaksters like Patrick Schur on Twitter spotted some B2 revision parts in the wild. However, AMD's statement about B2 basically says there is 'nothing to see here'. 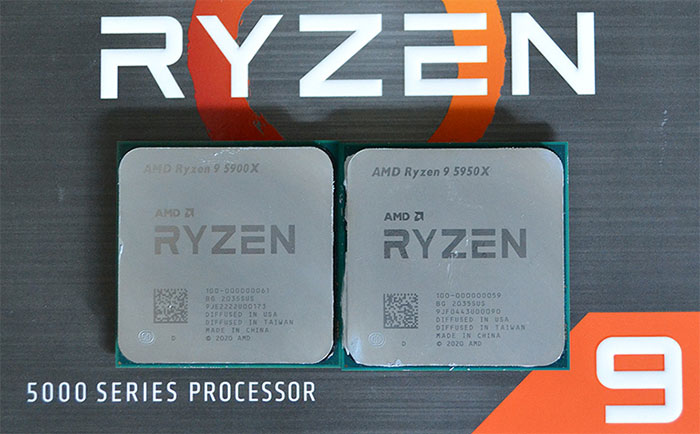 AMD's Ryzen 5000 Series B2 revision desktop processors are going to be rolling out in the next six months or so. To make sure there are no mistranslations, please check out the AMD statement supplied to Tom's Hardware in English, below.

"In continuous efforts to enhance our manufacturing and logistics capabilities, AMD is gradually transitioning the AMD Ryzen 5000 Series desktop processors to a 'B2' revision over the next 6 months. There are no feature, function, or performance enhancements to the B2 revision, and no BIOS update is required."

While AMD is quite forthright in denying there will be any user-side improvements to the processor range, when the processors do arrive, it is possible we might see some slight enhancements here and there. Tom's Hardware ponders over whether there will be some minor bugs quashed or security tweaks, such as mitigations in AMD's Predictive Store Forwarding (PSF) technology, for example.

The major reason for the B2 revision, however, appears to be to help AMD get more processors into customer hands. Apparently, the revision will "help AMD improve the production and availability," of Ryzen 5000 processors. If the change is truly transparent to end users, no BIOS updates are necessary, and processor availability improves - it seems there isn't anything to be concerned / complain about.

Posted by philehidiot - Thu 20 May 2021 11:00
That's exactly what a company that didn't want to sell better processors would say!

Seriously, though, even if there were minor performance improvements I suspect they'd keep quiet. They can sell every 5 series that they can build right now and the last thing they need is people refusing to buy the older stepping, combing through stock to find the newer one (and likely ordering and returning to multiple retailers who don't need the hassle) and then whinging when they find a 10MHz boost performance improvement. Or worse, find it's worse because whilst the new CPU performance bell curve shifts 20MHz to the right, it still overlaps the old one like crazy and a “higher performing” stepping could easily result in a newer CPU performing worse than an older one.

Why bother with any of that when you can currently sell anything you can make and people's primary complaint is you can't make enough….
Posted by Wirko - Thu 20 May 2021 11:30
I'm probably being overly optimistic here but AMD didn't mention power consumption, so maybe there are minor improvements in this area. Like, 65W– (as opposed to 14nm++).
Posted by LSG501 - Thu 20 May 2021 12:26
More cpu availability is great except for the minor detail of not being able to get a (in my case nvidia) gpu to go with said cpu (easily or at rrp).
Posted by rave_alan - Thu 20 May 2021 12:44
What they are saying is - we are improving our process to be able to make more, because market needs it. Probably production of 5950 is easier, faster, cheaper than 5900.
Posted by DanceswithUnix - Thu 20 May 2021 13:16
Or it might be nothing to do with the consumer chips. This could be some fix that helps the server side or, possibly, something required for Zen3 Threadripper.