AMD has written to HEXUS to inform us of an upcoming event to launch its third generation Epyc processors. The launch event will be digital and streamed live at 8am PT (4pm GMT) on Monday, 15th March. Probably the biggest change in the upcoming Epyc 7003 line of processors, codenamed Milan, is that they will be based upon the Zen 3 architecture. 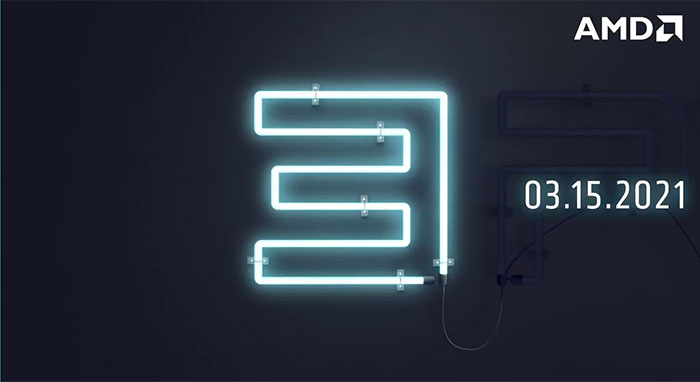 Consumers have been able to buy AMD processors with Zen 3 cores for some time now (I see Ryzen 5000 series stock available to buy via Newegg at the time of writing), so we have a good idea of the uplift in processing these cores are able to deliver vs the previous gen (HEXUS AMD Ryzen 7 5800X and Ryzen 5 5600X review, for example). So it must be exciting for data centre types to be able to get their hands on these new Epyc Milan processors in the coming weeks.

What should you expect from the presentation? Back at CES 2021 AMD previewed Milan, running WRF, which is one of the most popular tools for climate research and weather forecasting, and in this task the new AMD platform beat an Intel Xeon Gold rival platform by 68 per cent. 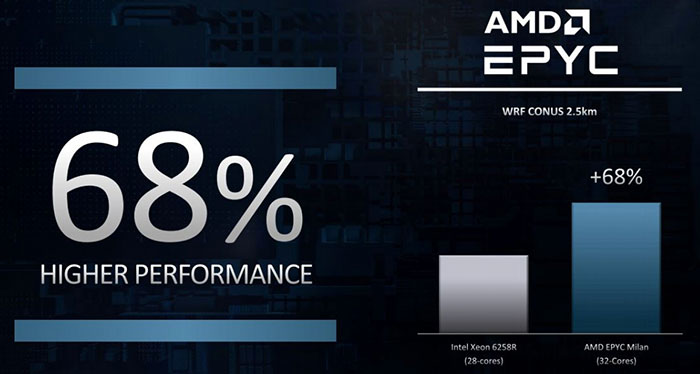 The gigahertz war is over, wide cores are the future. First we multiplied the cores, now we make them T H Y C C.