AMD's Ryzen 5000 APUs for laptops are expected to be a major part of its CES 2021 Keynote in a couple of weeks time. Leaks and rumours suggest that the best Ryzen 5000 upgrade choices will be laptops that come packing the Cezanne parts, using the Zen 3 CPU architecture, rather than Lucienne parts which reuse Zen 2 cores. It will be a bit confusing to buyers on the high street but hopefully things will become clearer after the official launch. 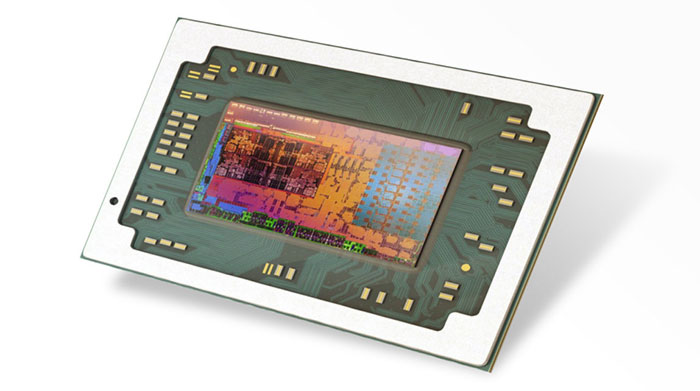 The AMD Ryzen 5 5600H has appeared in leaks previously but Twitter's Tum Apisak has just unearthed a new Geekbench 5 run suggesting the part's base/boost clocks have been tweaked since the last time was saw it. According to the GB5 info page the Ryzen 5 5600H has base/boost clocks of 3.30/4.24GHz (previous sightings put the specs at 3.0/4.1GHz). This particular chip appears to be in a TIMI Laptop – a codename used by China's Xiaomi. 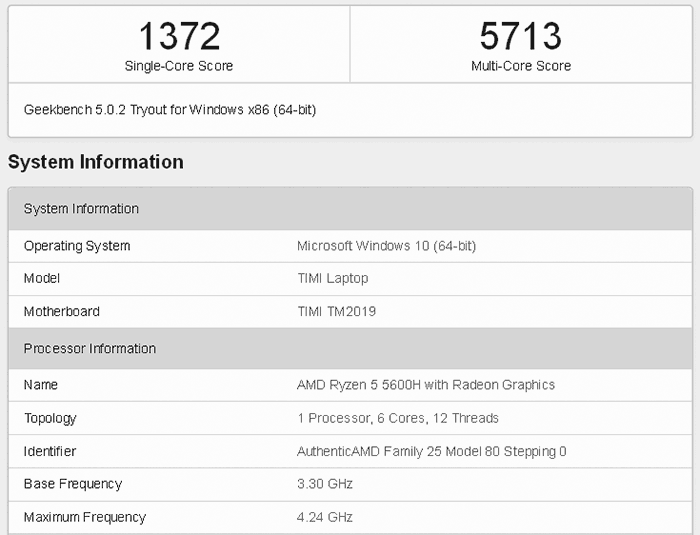 Benchmark results for this refreshed 6C/12T processor are rather good. The GB5 single/multi-core score for the AMD Ryzen 5 5600H in this Xiaomi Mi laptop was 1372/5713. This compared to the previous gen Ryzen 5 4600H with 996/4837. If these scores are genuine and an accurate representation of the uplift available then we are looking at an intergenerational improvement of approx 37 per cent in single-core and around 18 per cent in multi-threaded tests.

In VideoCardz coverage of this leak, it asserted that upcoming Intel TGL processors will still be faster in single core workloads. For example the Core i7-11370H appears to be 14 per cent faster than 5600H in 1T GB5 tests. However, since the TGL range is currently crowned by 4C/8T parts it is easily outgunned in nT GB5 tests by the Ryzen 5 5600H.

2021 is looking like it will be a good year for laptops with fast refresh 1440p screens, AMD Zen 3, Intel TGL and Nvidia RTX 30 graphics coming to PC portables.

Waiting for a 5000x chips doesn't seem to be a bad idea given the limited quantities of the 4000x series, and with the new fabrication contracts, I'd imagine they may be a bit better at delivering this next time around.
Posted by fend_oblivion - Fri 25 Dec 2020 06:00
The future of computing looks bright indeed.
Posted by Gentle Viking - Fri 25 Dec 2020 14:27
Well that will not make me hate on my 4600H, it are already much more powerful than i need.
Just got it as a replacement for when i move on with my desktop project and need something to browse the net while the desktop are getting retrofitted / moved to a new home
And when i do that, it is not a one night stand, so will probably be on the laptop for a month or so when i pull the trigger on the last work on the desktop.

…then they announce a 5000 series mobile part.

…then they announce a 5000 series mobile part.

No, the entirety of Zen 3 was shifted to 5k series to stop this current gen desktop last gen mobile conundrum.