A couple of months back HEXUS reported upon the latest Steam Hardware Survey (SHS) as it showed that AMD CPUs had pushed past the 25 per cent share milestone for the first time in a long time. With the new Zen 3 desktop processors not that easy to come by, and other factors causing upgrade inertia, it may be surprising to see AMD doing so well in turning around its CPU fortunes but it is definitely a trend. The new SHS, covering November 2020, was published just a few hours ago and it shows AMD gained 0.72 per cent market share during the month. 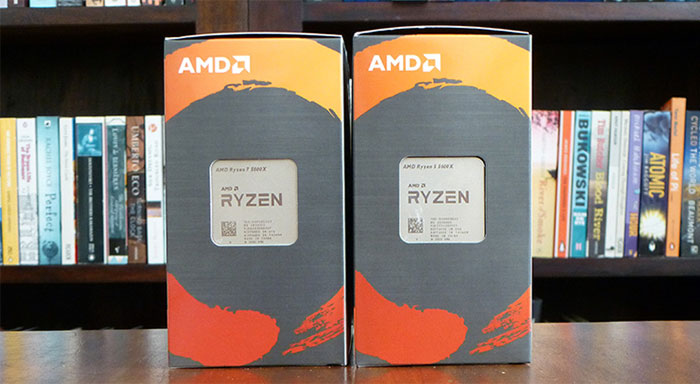 The current state of play, among active Steam users, is shown in the chart segment below. The most recent figures show that AMD has 26.51 per cent of the Steam user CPU market while 73.49 per cent of users have Intel Inside (a significant proportion of which may be laptop users). A year ago AMD's market share in this same survey was 20.5 per cent, and a 6 per cent plus swing is not to be sniffed at in this competitive market - with CPU upgrades not as frequent or necessary as say GPU upgrades in recent history.

If you look at the overview page of the SHS its tiny graph shows a clear trend as users swing to AMD for CPUs but the chip designer hasn't really made the best of this current opportunity with the 7nm Zen 3 CPUs being hard to find, like all the new GPUs that have launched recently.

Depending on what you expect of 14nm+++ Intel Rocket Lake in Q1 2021 you might see AMD having plenty of opportunity to get more stock into the channel from its foundry partner TSMC. Moreover, AMD could keep up the pressure with its 5nm Zen 4 CPUs scheduled for later in 2021. Hopefully AMD will provide some teases about Zen 4 and its capabilities at the recently scheduled CES 2021 keynote.

AMD vs Nvidia in the PC video card usage section of the SHS is a different story altogether. Nevertheless, AMD has gained over the last year from having 15.5 per cent of 16.5 per cent GPU market share in the most recent stats. Nvidia is extremely strong here with 73.9 per cent of Steam users in its grnasp, and 9.5 per cent relying on Intel integrated graphics.

Posted by 3dcandy - Thu 03 Dec 2020 13:36
I'll say it again - Steam surveys should be taken with a massive pinch of salt. Mainly laptops for many and a lot of mainly causal gamers affect the results greatly

I'd say the increase in serious gamers is much more than Steam says. Upwards of 40% in my own experience are now on Ryzens
Posted by DanceswithUnix - Thu 03 Dec 2020 14:54

I would guess from the 5 core machines there are some rather funky virtual machines in there as well :D

OFC AMD improving their laptop market share is nice for them.
Posted by Dashers - Thu 03 Dec 2020 15:13
Not sure where they're getting their CPUs from, all new kit seems like rocking horse ****.
Posted by philehidiot - Thu 03 Dec 2020 15:19
The question here is also value. AMD might well have a small market share but I bet it's mostly performance CPUs. Intel is now occupying the bargain basement - mid range category.

We are still in a situation where Intel dominates laptops and often is just the only choice you have. Hopefully AMD having the hardware will start working properly with OEMs to get these into machines. It has been said they are just too difficult to work with.

As for “funky VMs” you leave my weird bastardised machines alone!
Posted by ilh - Thu 03 Dec 2020 17:48
Nearly 10% of the GPU survey is Intel so effectively Intel's non-integrated CPU share is down to 63%. Hard to tell on the AMD side as their 16.5% GPU share could be either integrated or not.