Intel's VP and GM of Client Computing Group Desktop, Workstations and Gaming, John Bonini, has penned a Medium blog post which outline's the firm's commitment to gaming and recent endeavours to improve gaming for all PC gamers. As per our headline, Bonini added some curb appeal to his post with a big announcement for desktop PC enthusiasts - he confirmed that Rocket Lake-S CPUs will debut in H1 2021.

In a section of his post titled 'Rocket Lake is Coming', Bonini stated that he is "happy to confirm that the next generation 11th Gen Intel Core desktop processors (codenamed Rocket Lake) is coming in the first quarter of 2021 and will provide support for PCIe 4.0". With the whole of the previous blog post being about Intel and gaming, Bonini was quick to follow up by saying Rocket Lake will be "another fantastic processor for gaming, and we're excited to disclose more details in the near future. There’s a lot more to come, so stay tuned!"

Earlier this year we found out quite a bit about Rocket Lake via a leaked slide outlining the desktop platform, and this summer an RKL-S system with PCIe 4.0 NVMe SSD spotted in the SiSoft Sandra ranker pages. Key features of this 11th gen Core architecture family of 14nm +++ processors are expemcted to be that; they are built with back ported Willow Cove cores, support integrated Xe graphics, offer up to 20 lanes of PCIe 4.0 to enable faster GPU and storage options, and they will launch alongside Intel 500 series chipset LGA 1200 motherboards with USB 3.2 Gen 2x2 (20G), Thunderbolt 4, and fast wired/wireless networking support. 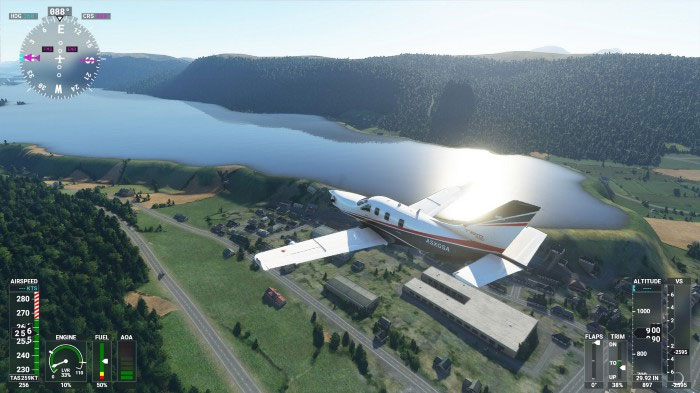 The rest of Bonini's post about Intel’s commitment to gaming offered little of nutritional value. It started by talking about the history of PC gaming and swiftly moved forward to Intel working in close collaboration with the likes of Microsoft, Epic Games, IO Interactive, Sega, and Crystal Dynamics on modern PC titles. Intel is helping devs implement technologies such as Asynchronous Compute, Variable Rate Shading (VRS), and generally optimising gameplay and realism with high frequency and core count CPUs. Bonini took the opportunity to restate Intel's assertion that its high frequency processors, like the Core i9-10900K on desktop and the Core i9-10980HK on mobile, help to minimise gaming lag and latency issues.

Intel has made the above RKL-S launch timing announcement in the immediate runup to AMD's Zen 3 keynote event. As a reminder, Dr. Lisa Su and other AMD senior executives will kick-off the epic journey for 'Zen 3' and AMD Ryzen at 17:00 UK / 18:00 CET / 2 p.m. ET, today.

cptwhite_uk
Just reading between the lines but he might as well have said “We'll catch up with AMD in 5 month, maybe, and maybe we'll have stock available, and maybe it will be close to Ryzen 5000! So stay tuned”

Not even sure that will be the case seeing as everything I've seen (strangely lacking info on desktop chips) says that it's a ‘big:little’ approach topping out at 8c/16t big cores with another 8c (no ht) small cores…