Intel launched its 10th Gen Core chips for mainstream desktop at the end of April, with 24 new 14nm products in all. The new product range spans 2C/2T Celerons, through Pentium chips to Core i3, and 10C/20T Core i9 processors. While we await the embargo lift on reviews it was pretty interesting to see the leaked Intel Core i5-10400 vs i5-9400F benchmark comparison via China's ChipHell last week. 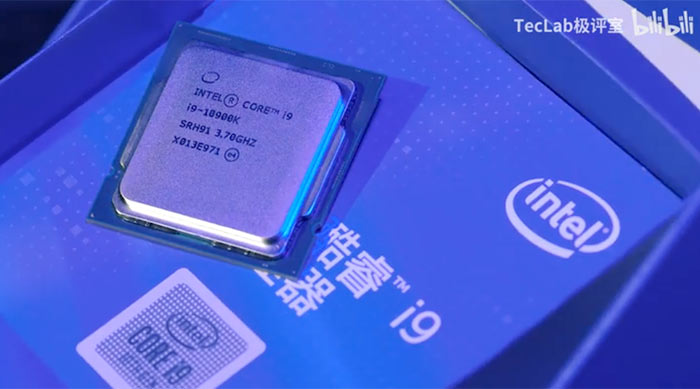 Today we have witnessed a more comprehensive leak and it features the upcoming flagship Intel Core i9-10900K. Just in case you aren't familiar with this chip, it is officially known to be a 10C/20T part with base clock of 3.7GHz, Thermal Velocity Boost of up to 5.3GHz, all core turbo of up to 4.8GHz, 20MB L3 cache, and 125W TDP. That's an interesting spec list but enthusiasts are more interested in real-world tests, which is where a leaked video from Chinese tech site TecLab comes in. The video has been shared on video sharing site Bilibili (and probably plenty of other places by now). This Chinese language video leak, hosted by a man in a husky mask, provides a useful but limited selection of benchmarks and comparisons. 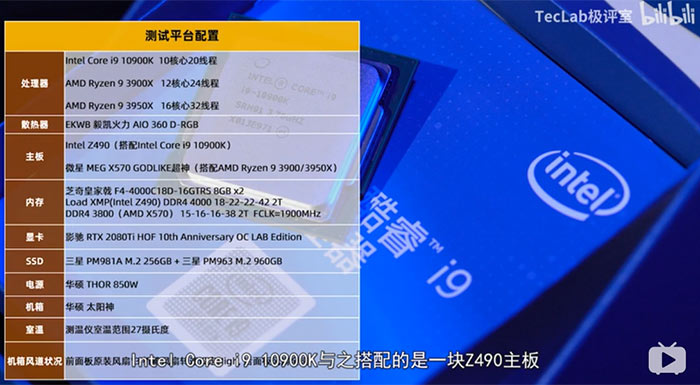 The comparison isn't very wide but TecLab must have decided to concentrate on the contemporary AMD competitors that it thought could stand shoulder-to-shoulder with the new Intel Core i9-10900K. All the tests and benchmarks feature the; Intel Core i9-10900K , AMD Ryzen 9 3900X, and AMD Ryzen 9 3950X. Other than having to use a different motherboard, other components like cooler, RAM, SSD, and GPU are kept constant. 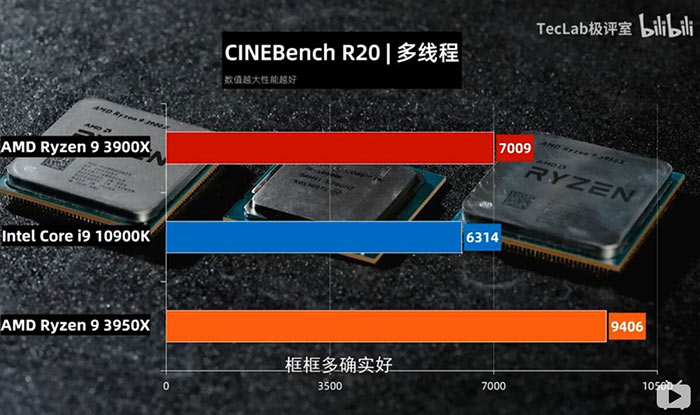 In the application and gaming tests the systems trade blows quite closely. Strong wins for the Intel chip in TecLab's test are in wPrime, the WInRAR benchmark, and Photoshop/After Effects filter timing tests. However, the AMD chips both clearly triumphed in SuperPi, Cinebench, x265 encoding, and with respect to power consumption. In gaming it seems like Intel has a slight lead, overall. 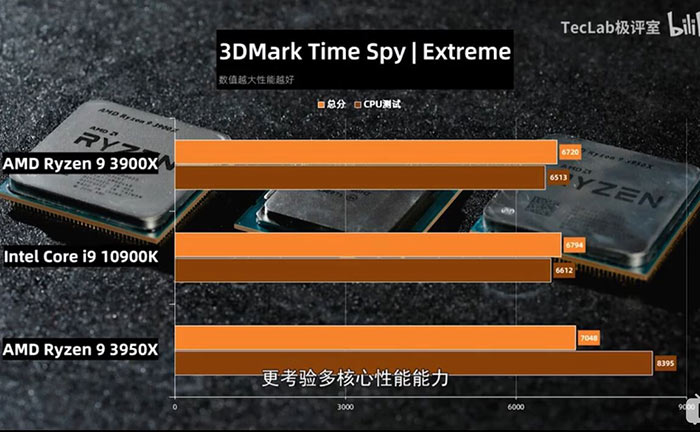 I've embedded a few charts from the video above and below, but its easy enough to skip through the video and check out all the charts you are interested. You will be able to see comparisons in the following games at 1440p; Assassin's Creed Odyssey, GTA V, Metro: Exodus, Far Cry 5, Borderlands 3, and Tomb Raider. Below you can see power consumption compared. 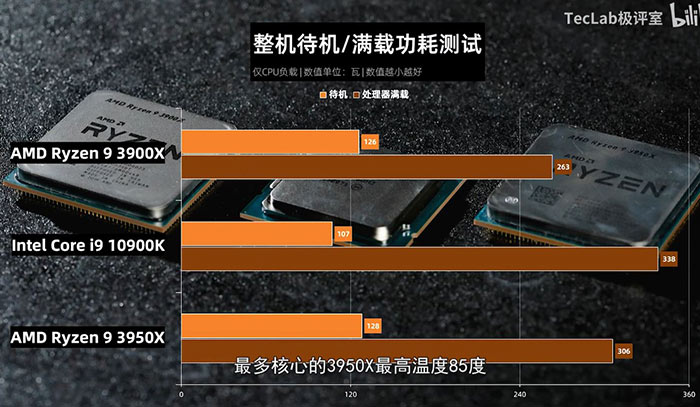 Curious to see how it overclocks more than anything.
Posted by DevDrake - Mon 18 May 2020 16:10
I am guessing that the last image is power consumption, Therefore i dont expect it to overclock much…