This weekend there has been a lot of chitter-chatter on social media about a new research paper published by academics from the Graz University of Technology in Austria. 'Take Away: Exploring the Security Implications of AMD's CacheWay Predictors' talks about two new claimed AMD CPU side channel vulnerabilities dubbed Collide + Probe and Load + Reload.

The researchers say the AMD L1 cache way predictor architecture present in all its CPUs since 2011 allows these attack techniques to work. You can check out the research in full by downloading this PDF. However, there is some controversy about one of the research professors being Intel 'sponsored' (see this Twitter link and its replies). Additionally, AMD all but dismissed the concerns brought to light by the Graz researchers in an official security bulletin published on Saturday. 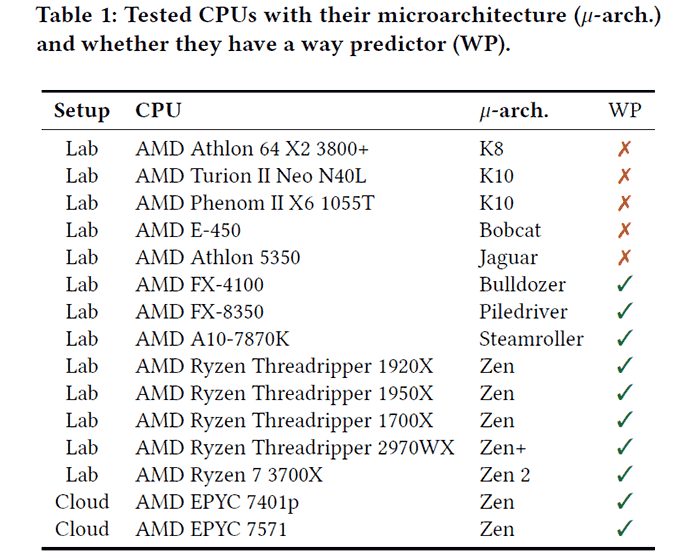 You can read more about the claimed potential security exploits in AMD CPUs from the white paper linked in the intro. In brief the 'Take A Way' flaws can be summarised as follows. Firstly the researchers reverse engineered AMD's modern L1D cache way predictor which was designed to reduce processor power consumption by improving the way the CPU handles cached data. Herein the purported weakness lies. All AMD processors since Bulldozer have this speed-up feature built-in. Knowledge of an "undocumented hashing function" of the L1D cache formed the basis of the new attack techniques. 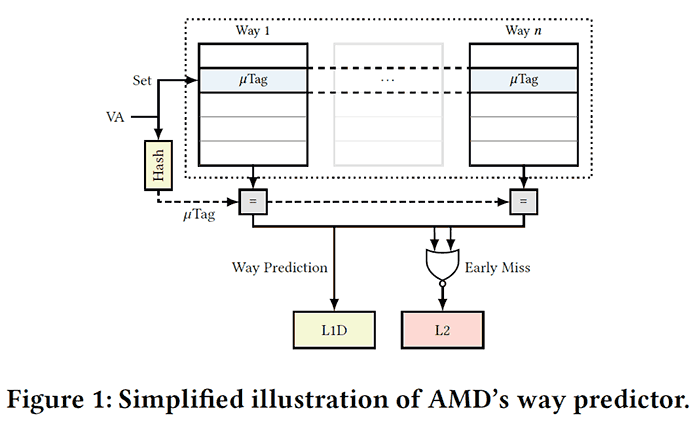 The researchers go on to document the way their attacks work and provide some case studies and examples of attacks. They assert that the research shows that AMD's CPU design with L1D cache is demonstrably "vulnerable to sidechannel attacks". The attacks could be used in the real world, say the researchers, without needing physical access to the computers, and without specialised equipment.

Notably, vectors where the attacks could be used include via Javascript or in a cloud computing environment - even in fully up to date and patched systems. Examples given are as follows:

AMD was apparently notified of these findings last August so the company has had some time to react and look at updates to counter 'Take A Way' flaws / exploits. However, AMD's official response has been short and rather dismissive. There currently seems to be a disagreement about whether systems with fully updated OS, firmware and software are vulnerable to Collide + Probe and Load + Reload exploits...

Looking at the bigger picture, the Take A Way vulnerabilities aren't / weren't that severe. In Daniel Gruss's own words - the professor who is controversially 'sponsored' by Intel - "The attacks leak a few bits of meta-data. Meltdown and Zombieload leak tons of actual data." (For quote see Twitter relies to the link in para 2)

Posted by philehidiot - Mon 09 Mar 2020 10:22
Interesting how only one of the Zen2 processors were tested. I wouldn't call that a comprehensive list for research. Also interesting is how yet another Intel vulnerability with the management engine (hard to exploit but will likely render DRM useless on entire generations when it is inevitably exploited) and then this comes out but seems very well publicised.

Tabbykatze
AMD has responded to this, mind including this?

Tabbykatze
AMD has responded to this, mind including this?

Hi, that link is already present in para 2 and mentioned a couple of times. Regards

Is it possible to have the actual quote? A lot of media are blowing this out of proportion considering it relies on a previously mitigated exploit to be vulnerable to commit the attack.