Data centre chip startup Ampere, formed from the ashes of Applied Micro Circuits, today announced a processor that it says can outpace rival AMD Epyc and Intel Xeon 'Cascade Lake' server CPUs. Moreover, its Altra 80-core Arm server processor, built on TSMC's N7 process, is said to deliver this performance with greater efficiency. The Ampere Altra 210W CPU is now sampling with technology heavyweights like Microsoft and Oracle and will be made available in single and dual-socket platforms. Mass production is scheduled for mid-2020. 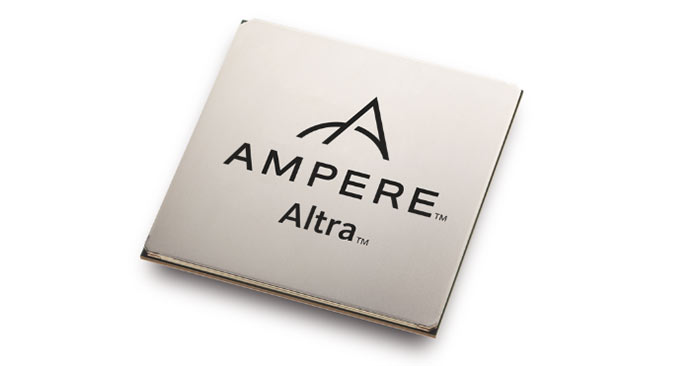 Renee James, the Ampere Founder and CEO, is a former Intel President. James says that the new Ampere Altra has been designed to excel in cloud and edge workloads. Specifically, the Ampere Altra is claimed to be "the industry's first 80-core, cloud native microprocessor". 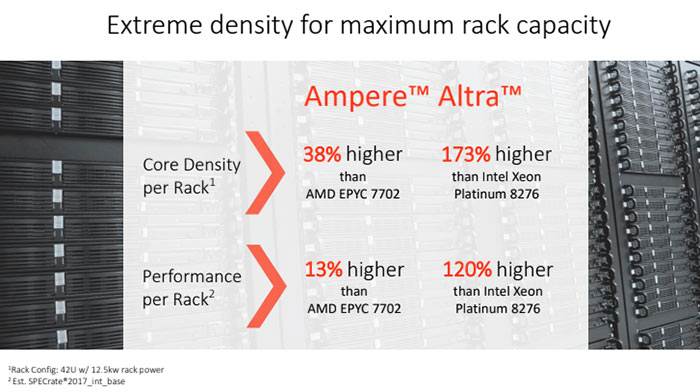 So, what is different about the Ampere Altra and makes it a better choice for cloud and edge processing than the likes of the AMD Epyc or Intel Xeon? According to the Ampere press release, the way that the cloud utilises processor performance, security and power efficiency is vastly different to more traditional enterprise data centre environments. Getting a bit more technical, Atiq Bajwa, Ampere's CTO and chief architect provided some insight to the Altra's operation. Bajwa explained that Ampere Altra's single-threaded cores, and the dense, power-efficient servers they make possible can deliver "reliable, sustained performance and high levels of isolation and security to each customer, irrespective of what other tenants may be running in multi-tenant environments". The 64-bit Ampere Altra is based upon Arm's Neoverse N1 platform. It will be put into single and dual-socket platforms. 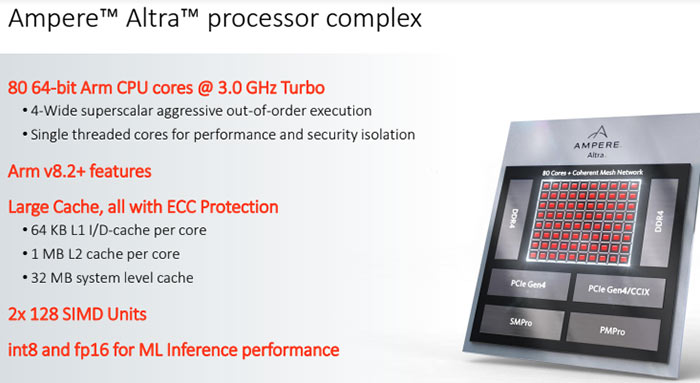 Microsoft is evaluating Ampere's chips in its labs with a view to using them to power Azure cloud services. Meanwhile, Oracle is planning to use Ampere chips in its cloud services and is optimising much of its software, including Oracle Linux, Oracle Java, and Oracle Database, to run on the Altra. Oracle has previously invested $40m in Ampere. Ampere's press release contains further big-hitting testimonials from the likes of Canonical, VMware, Lenovo, Micron, and Gigabyte.

The last time Ampere was in the HEXUS news was back in September 2018 when it launched the 32-core eMAG platform. Proponents of Arm processors have been trying to muscle into the lucrative server space for at least a decade. Will the Ampere Altra 80-core Arm server processors (or Amazon's Arm Neoverse-core based Graviton2 processors) be the first to really make an impact?

Zak33
Yeah… but can it run Crysis?

Now this chip has 160 NEON simd units total, so I have to wonder if it could pull the same stunt with the Android version of Crysis :)
Posted by lumireleon - Wed 04 Mar 2020 13:26
ARM versus X86: Apples to Apples comparison or based on ASSUMPTION?