AMD has expanded the choices available within its 2nd Gen Epyc processor family. The reason behind the expansion is simply to give customers more performance choices. Both a new 64C/128T part and a new 32C/64T part have been announced. Whichever you choose it will include 256MB of L3 cache, boost as high as 3.3GHz, support up to 128 lanes of PCIe 4.0, support for up to 3,200MHz memory, and offer advanced security features.

The new AMD Epyc 7662 is the fifth 64 core CPU added to the 2nd Gen Epyc processor stack. AMD has tailored this processor to provide "a great entry point into the 64-core market". It is pointed out that the new AMD Epyc 7662 utilises the same Zen 2 cores as "one of the world's fastest x86 server processors, the AMD Epyc 7H12." However the new processor delivers 64C/128T at the lowest cost point.

The other new processor is the AMD Epyc 7532. This 32C/64T processor seems to have been tailored for cache sensitive workloads. It has the same 256MB of L3 cache as the 64C members of the family. AMD says that it is thus a particularly good choice of apps like ANSYS CFX where it is on average 111 per cent faster than Intel's Xeon 6248. 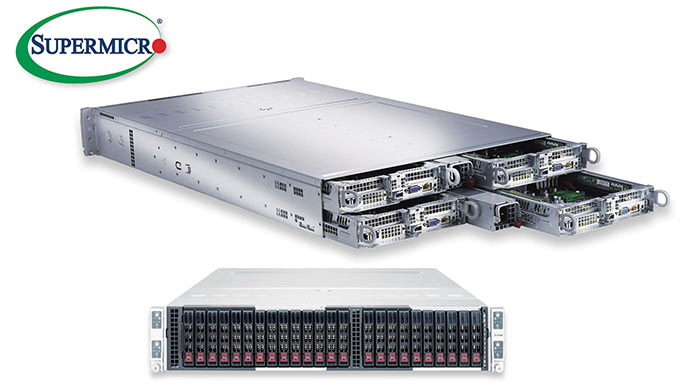 In an email to HEXUS, AMD said that Dell Technologies and Supermicro will be the first of its partners to support the two new processors. Dell customers can now pick up Dell EMC PowerEdge R6515, R7515, R6525, R7525 and C6525 servers featuring either of the new processors. Both processors are also available on all Supermicro A+ servers, while the Supermicro 'Big Twin' server supports the AMD Epyc 7532. Lenovo and HPE are expected to offer these new AMD Epyc processor choices to their customer in the coming months.

Posted by globalwarning - Tue 25 Feb 2020 21:28
The Intel spanking continues…
Posted by AGTDenton - Wed 26 Feb 2020 13:55
“The reason behind the expansion is simply to give customers more performance choices.”

Yes it's rather frustrating that both HP & Dell have for a long time offered about 3 AMD CPUs vs the 40+ Intel CPU's generally available in a custom configuration. Which basically meant you almost always ended up buying an Intel because they offer the 3 worst AMD CPU's to avoid being whipped by Intel Commandants.