You are here:
CPU Network News

Intel has fired a new salvo of 2nd gen Xeon Scalable processor portfolio for the data centre market, looking at customers providing cloud, network and edge products and services. Its latest entrants to the market are said to offer compelling performance and performance-per-dollar to cement Intel’s data centre leadership. Separately, Intel has announced a portfolio of 5G network infrastructure products including; the Intel Atom P5900 platform, the Diamond Mesa ASIC for 5G acceleration, and the Ethernet 700 Series Network Adapter. 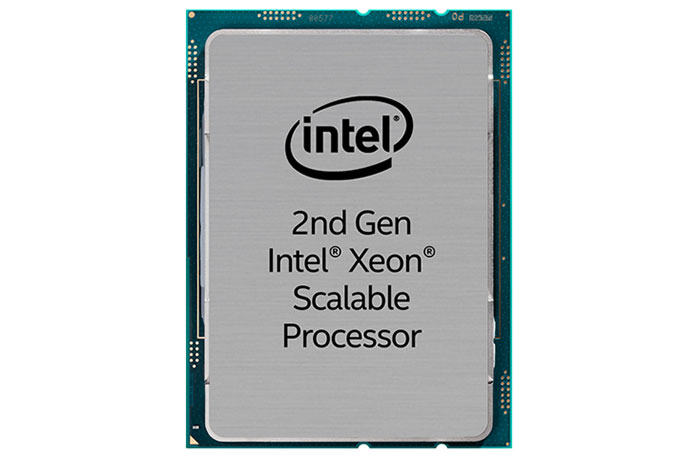 The headlining qualities of the new 2nd gen Intel Xeon Scalable processors are that they offer an average of 1.36-times higher performance and 1.42-times better performance-per-dollar compared to their predecessors. Intel used a mixture of adding more cores, increasing cache sizes, and/or boosting processor frequency to deliver the headline benefits. 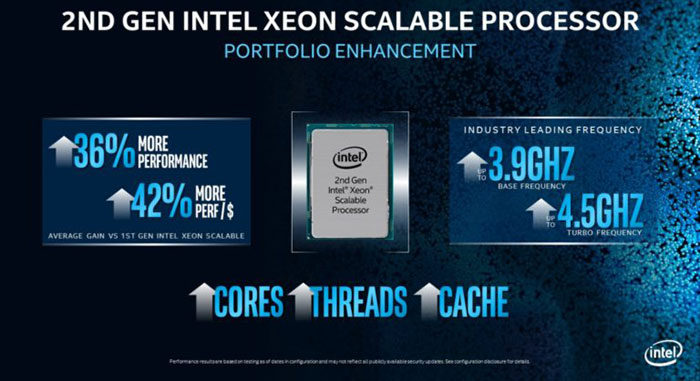 You can see the full raft of processors released within the embedded table with specs and pricing, but Intel wanted to highlight the following use cases that are being targeted:

Intel talked up what it sees as USPs for the new 2nd gen Intel Xeon Scalable processors, such as built-in AI acceleration, DL Boost technology, and support for Optane persistent memory technology. 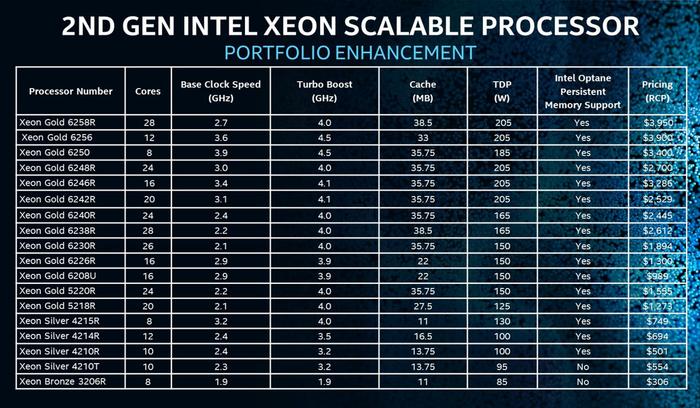 Intel says systems packing its 2nd gen Xeon Scalable processors from leading OEMs and ODMs will be available immediately with more in the coming weeks.

As well as the new Xeon server processors Intel's Atom P5900 platform was launched today. This highly integrated 10nm SoC is designed to meet critical 5G network needs, including high bandwidth and low latency, to capably power 5G base stations today and in the future. 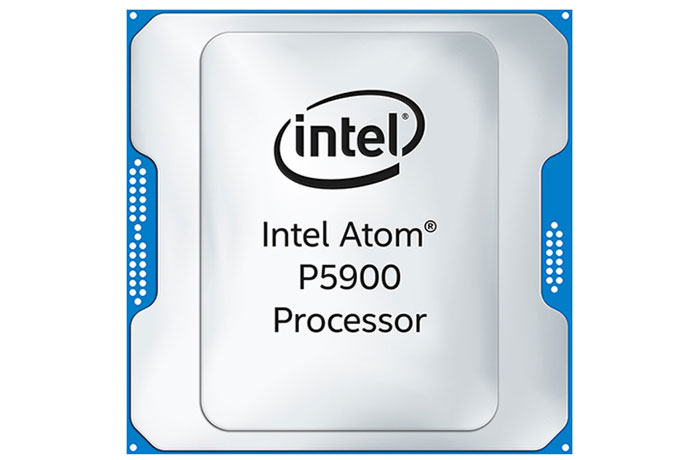 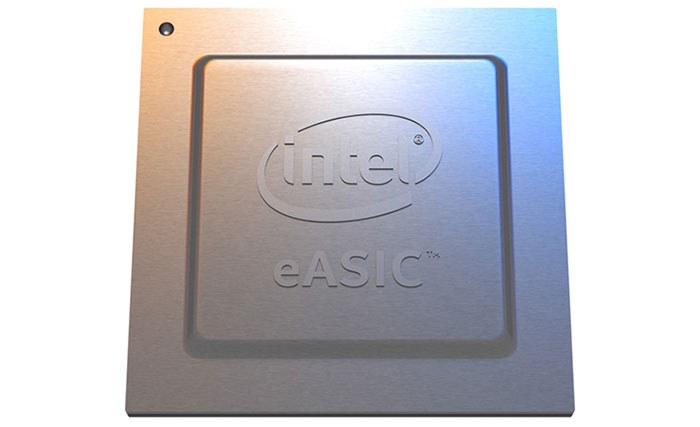 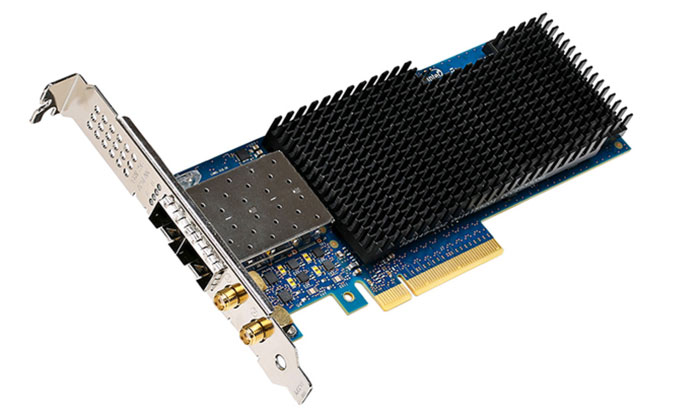 Posted by Tabbykatze - Mon 24 Feb 2020 17:50
There we have it, it took 3 years but Intel finally caved and dropped their prices. And i use the term “caved” liberally, they have two competitors, AMD and ARM, who both have parts that exceed their flagship in performance at a greatly reduced cost. Every time a new announcement highlights this, it continues to raise uncomfortable questions for Intel.

Now they can play out that they didn't cave, this is a refresh and a new SKU list on an optimised uarch and process. But it's still Skylake with some bolt ons at the lower SKU ranges.

It's a heavy price cut to detract from the AMD/ARM butchslapping with perf/dollar they're enjoying right now.
Posted by LSG501 - Mon 24 Feb 2020 19:02
1.42-times better performance-per-dollar compared to their predecessors…. so in non marketing terms… we had to lower our prices because AMD caught us sleeping and now we can't milk years old tech at high prices.