There have been quite a few rumours about an upcoming AMD Ryzen 4000-series APU series (Renoir) for laptops swirling over the weekend and last few hours. As always these rumours tend to make a family sized loaf from a grain of truth - so don't forget that essential ingredient of a pinch of salt. The chitter-chatter covered below includes possible news about the Ryzen 7 4700U, Ryzen 7 4800H, and Ryzen 9 4900H APUs for mobile.

Renoir will be important weapon for AMD's battle with Intel delivering an APU with the combined attractions of 7nm Zen 2 cores alongside competent if not cutting edge Radeon Vega GPU cores. AMD is enjoying great success with its newest desktop processors and Renoir could spread this influence to the harder-to-crack mobile segment. 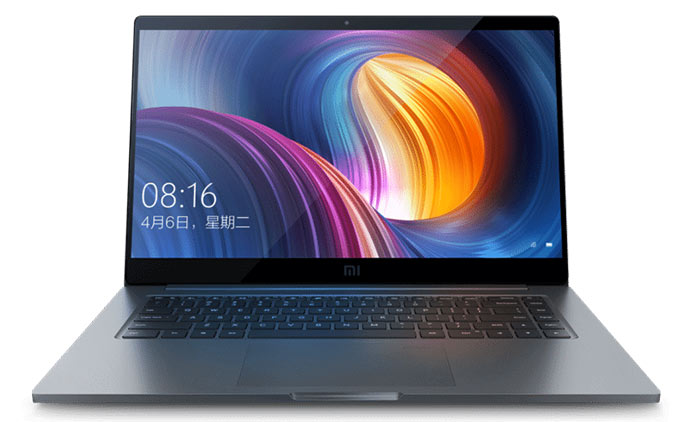 Starting off at the lower end of the range, Redditor Rogame has discovered PCMark 10 results for an as yet unreleased Xiaomi Mi laptop featuring the AMD Ryzen 7 4700U APU. From the basic specs revealed by the benchmark database browser, you can see that the Ryzen 7 4700U offers up 8 physical cores but no SMT. This Ryzen 7 3700U successor is expected to run within the same 15W power envelope and has default base/boost clocks of 2.0/4.2GHz. 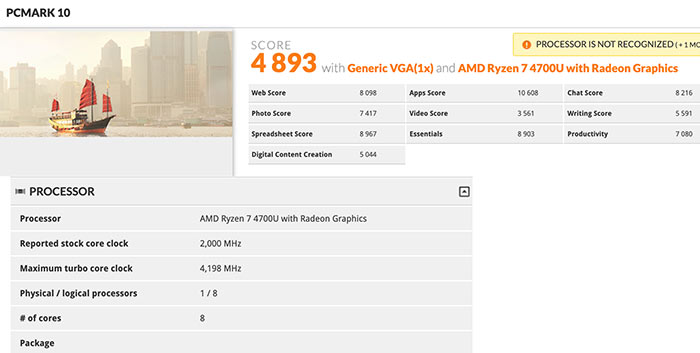 Looking at the GPU component of the SoC, this listing appears to confirm Renoir uses a Vega GPU as evidenced by the GFX902 ID. It isn't certain whether the Ryzen 7 4700U will pack 10 or 11 Vega CUs and the GPU clock speeds also appear to be misreported right now.

It is claimed that Acer and HP laptops featuring the AMD Ryzen 7 4700U APU have been spotted, not just the Xiaomi example.

Members of a Chinese forum called Mobile01 assert that AMD is also lining up two 8C/16T APUs for announcement early next year. Information sources are said to include laptop OEMs. The Ryzen 9 4900H and Ryzen 7 4800H both feature the H suffix denoting their high performance, and are claimed to be direct challengers to the Intel Core i9-9880H in the mobile space. 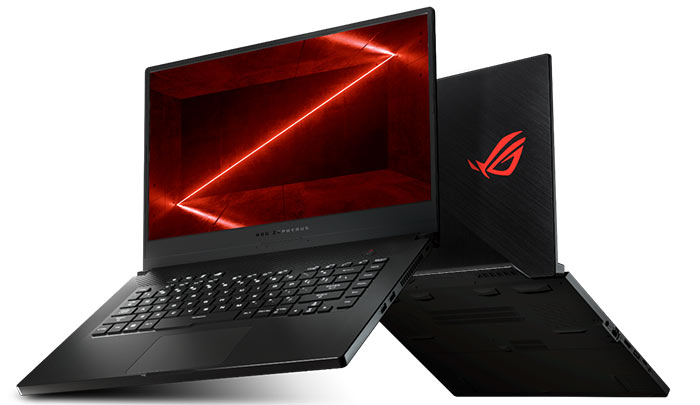 Tom's Hardware scribe Zhiye Liu followed up on the forum chitter-chatter and discovered Irish retail listings which seemed to confirm the existence and impending launch of a number of Asus-branded laptops featuring the Ryzen 7 4800H and other Ryzen 4000-series APUs. Liu was surprised to uncover laptops also featuring previously unreported Ryzen 7 4800HS, Ryzen 5 4600HS and Ryzen 5 4600HS parts. This is the first sighting of the HS suffix which the tech reporter reckons denotes a more power efficient H variant. 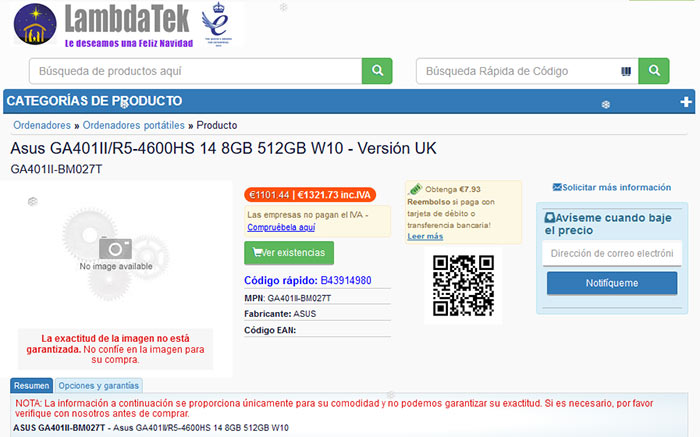 Similarly to the above, ComputerBase.de did some digging to find a series of Asus laptops packing Ryzen 4000-series APUs listed at Lambdatek. It links to 11 such laptops (priced between €1000 and €1900) which appear to be still live at the time of writing (example).

Posted by lumireleon - Mon 23 Dec 2019 12:42
more cores with terrible graphics kinda 50-50, better get a dedicated one.
Posted by Ulti - Mon 23 Dec 2019 13:45
I'd rather they stick to the 4C/8T combo and put a bit more into the integrated graphics whilst focusing on the power limitations/thermals/cooling.

I personally had an HP Envy x360 13.3“ with an AMD Ryzen 5 2500U and whilst I shouldn't expect amazing performance in a thin 13.3” body, I did find that the CPU was given way too much priority over graphics. I could run games on low settings on 1080p with it and get 30fps but after a few minutes, it would lower and throttle the GPU clocks whilst leaving the CPU clocks in tact even when the laptop was nowhere near its thermal limit.

From reading other people's research, I found this was a widespread issue. Fortunately, I also found that you could force it to run at max GPU clocks and raise the max temp and TDP whilst reducing CPU boost but that was with a team of kind developers effectively manually taking apart the Ryzen Master utility and creating a laptop version - people shouldn't have to do this and I would have expected AMD to work closely with HP to optimise performance. This would have been in their best interest to gain credibility in the laptop world where currently most people still think “urgh AMD laptop, must be crap” whereas AMD have been gaining a (deserved) following on their desktop CPU and to push out badly implemented (imo) laptops harms their reputation.
Posted by Xlucine - Mon 23 Dec 2019 14:02
8 cores makes sense, given the 6 core competition. I'm more upset by the lack of navi.
Posted by will19565 - Mon 23 Dec 2019 15:05
well after the surface laptop 15" youtube issue, I'm not sure I would trust AMD on laptops without many reviews saying they are ok.
Posted by globalwarning - Mon 23 Dec 2019 16:54
I'm much more interested in 4000 series desktop CPUs, but I feel like if these results are representative at all, we're in for a treat, and I'm glad I didn't jump on a 3000 series chip.