Previously we have heard of computer processor designers taking cues from the natural world in developing new architectures. Several times we have seen developments inspired by the human brain, from the likes of IBM, Intel, Nvidia, Qualcomm and others. In one of the most recent stories about this endeavour, Intel discussed its Loihi Neuromorphic Computing platform development. In brief, Loihi is designed to emulate the neural structure of the human brain.

This week the University of Bath announced that it had taken this branch of research in a different but important direction. Rather than designing silicon chips for computers that could calculate or think like humans, it has designed artificial neurons on silicon chips - to implant back into humans with chronic diseases. This science is dubbed bioelectronic medicine and using neuromorphic microcircuits could be revolutionary. 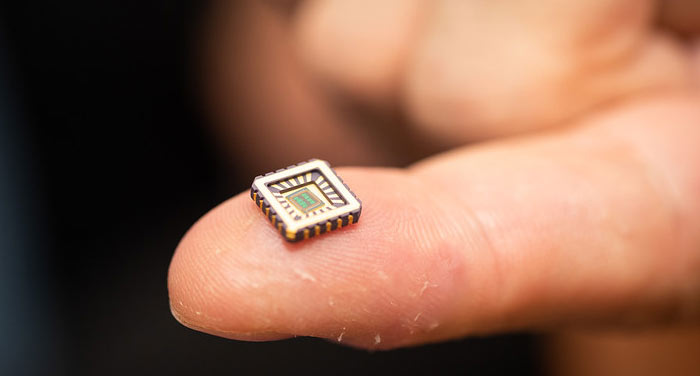 The research team led by the University of Bath and including researchers from the Universities of Bristol, Zurich and Auckland described their artificial neurons in a study published in Nature Communications. It is asserted that "designing artificial neurons that respond to electrical signals from the nervous system like real neurons has been a major goal in medicine for decades," and now this is possible.

Professor Alain Nogaret, from the University of Bath Department of Physics led the project. He said: "Until now neurons have been like black boxes, but we have managed to open the black box and peer inside. Our work is paradigm changing because it provides a robust method to reproduce the electrical properties of real neurons in minute detail". There are many conditions that could be cured by inserting new working neurons where a disease or injury has caused the original biological versions to die. For example in heart failure, neurons in the base of the brain do not respond properly to nervous system. Other immediately obvious uses are in cases of spinal injury or in degenerative diseases like Alzheimer's.

In some technical background it is claimed that the new silicon chips "accurately modelled biological ion channels, before proving that their silicon neurons precisely mimicked real, living neurons responding to a range of stimulations". Once inside the body power isn't an issue, as it might have been with older implants, as the artificial neurons only need 140 nanoWatts of power.

The above research was funded by the European Union Horizon 2020 Future Emerging Technologies Programme and ESPRC.