Intel has announced that it has started shipping its Stratix 10 DX FPGAs to customers. These 14nm field programmable gate array chips deliver a number of advances, namely; support for Intel Ultra Path Interconnect (Intel UPI), PCI-Express (PCIe) Gen4 x16 connectivity, and a new controller for Intel Optane technology. The goal is to provide these accelerator chips to customers for which it will dramatically boost acceleration of workloads in the cloud and enterprise. 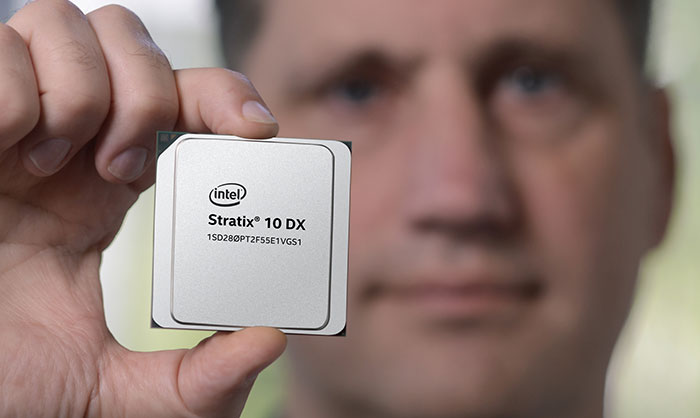 In its press release Intel seeks to highlight the new interfaces built into its Stratix 10 DX FPGAs and mentioned the intro above. It says that thanks to this design choice users will see dramatically increased bandwidth. Importantly, Intel's customers will utilise the Stratix 10 DX FPGAs to accelerate networking and cloud-based applications such as artificial intelligence training/inferencing or database-related workloads. This in turn frees up the system CPU cores for work on other higher priority workloads, increasing data centre efficiency, says Intel. 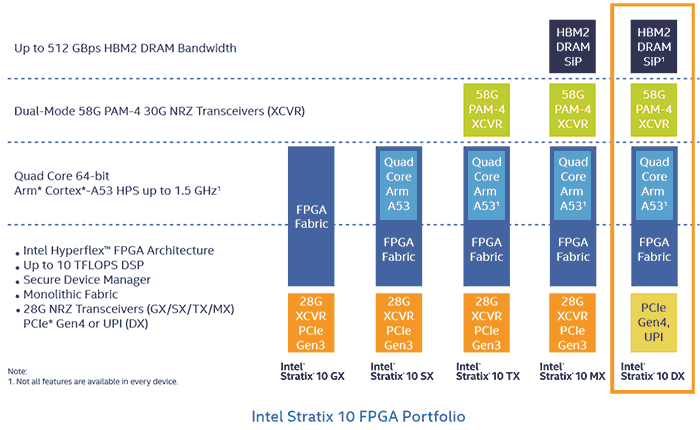 Highlights of the Stratix 10 DX FPGA interfaces and features are as follows: 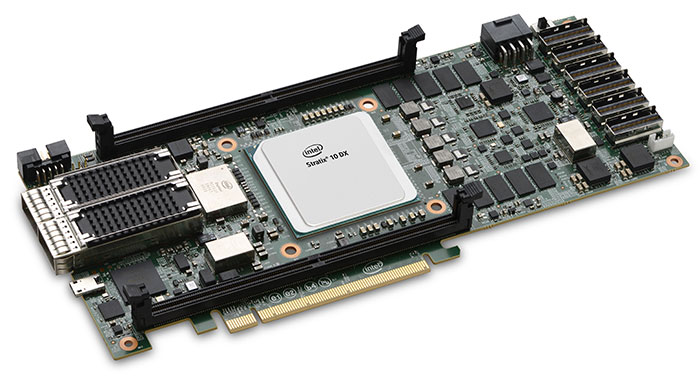 VMware, one of Intel's first Stratix 10 DX FPGA customers, and a high profile one at that, says it helped Intel develop the new FPGAs. In particular it considered coherent FPGA and CPU acceleration solutions to provide its customers high-performing, easy-to-use and reliable infrastructure, both on-premises and in the cloud.

Both have a history of ARM cores and an architecture license to do so.

Only thing interesting for that here is just how low the clock speed is on those A53 cores. Other chips intended for high speed networking have lots of very fast A76 cores in them to do real work, these must just be for running an admin web server, logging etc and expect FPGA logic to do *all* the heavy lifting.