In late July AMD confirmed that it was sampling its next generation 7nm EPYC processors, codenamed 'Rome'. AMD's upcoming EPYC processors, based upon 'Zen 2' cores, are destined to take multi-core performance to another level. AMD says that the 7nm 'Zen 2' EPYC chips won't launch until 2019, however the company will be launching its first 7nm Vega GPUs later this year. 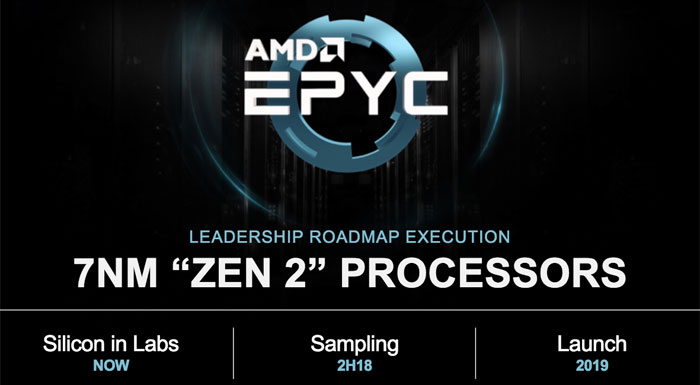 EPYC workstation and server processors are in direct competition with Intel Xeon parts and have been helping AMD penetrate and reap rewards from this lucrative market. PC enthusiasts should take note too, as it is thought that AMD Threadripper parts are based around EPYC, for economies of scale and development reasons. 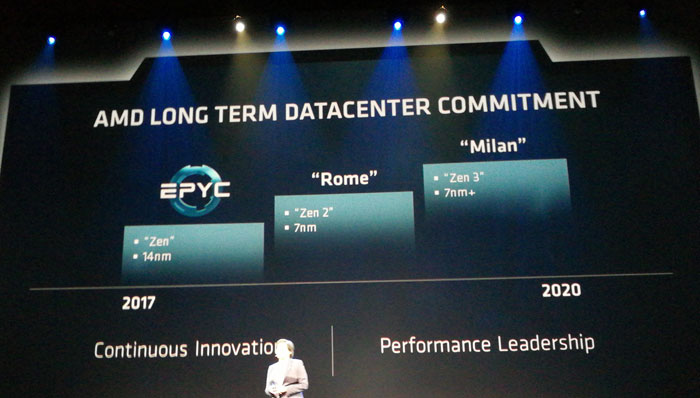 Back to the news of the day, and a Chiphell forum member has posted purported Cinebench benchmarks for a 64C/128T AMD EPYC processor. As you can see in the photo below, this is an 'Eng(ineering) Sample', which must have somehow got squirreled away from an enterprise/corporate customer into an enthusiast's hands. The score is rather impressive at 12587cb. In the table you can see this score puts serious shade on the competition. A much closer unlisted competitor is the stock Ryzen Threadripper 2990WX (32C/64T) at 5500cb, and this chip has been pushed to its extremes to achieve 8543cb on LN2.

As well as the doubling of cores compared to the Ryzen Threadripper 2990WX, the new EPYC processors are thought to benefit performance wise thanks to architectural optimisations, clock speed improvements, and support for octa-channel memory.

Intel isn't expected to have a 10nm reply to the AMD 'Rome' processors until sometime in 2020.

I think their stock will (continue to) go through the roof.

If so how's that going to work with existing sockets only supporting dual, quad, and eight channel DDR.

I read a rumour that they've changed the memory and IO controller design for Zen 2 so that the number of memory channels available isn't based on the number of CCX's wired in; there's a single IO/Memory controller chip surrounded by the CPU core chips on the interposer, instead of each CCX talking to its local memory & IO.
Posted by LSG501 - Mon 17 Sep 2018 12:09

zaph0d
That works out to a score of 196 per core. That puts the Rome Zen2 on an equal per core performance to a CoffeLake 8700K.
As this is a server chip I doubt it's running at 4GHz let alone the 4.7GHz an 8700k can turbo to, then they must have made some Serious IPC gains over the last 18 months or so.

Even back at uni when I had a dual socket AMD MP1900 machine the fall off from ‘2x performance’ when using both cores was far lower than the Intel options that were available at uni.

So I wouldn't necessarily say the gain is quite as high as you're suggesting but it's clear there's been a gain somewhere.