You are here:
Cooling Graphics News

These new GeForce RTX 3080 graphics cards from Nvidia and its partners could be described as being rather stout - commonly up to a foot long and as fat as 3 slots wide. Of course the size and mass of the cooling shrouds are for a very practical reason - with cards sucking over 300W and needing to keep cool under duress.

A growingly popular alternative cooling method is to remove the bulky air cooler shroud and bolt on a water block, adding it to a PC liquid cooling loop. Such a change will slim down the physical presence of the GPU in your PC yet can deliver cooling and overclocking benefits. With this in mind Corsair and EKWB have both launched new water blocks for taming your new GeForce RTX 30 graphics card. 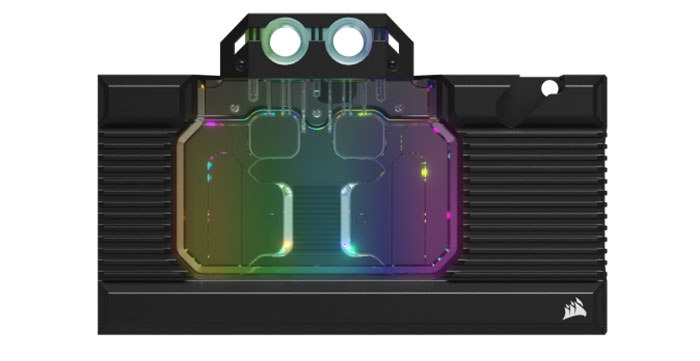 The new XG7 RGB water block is made from precision milled nickel-plated copper and finished in stylish black aluminum. Corsair says the cooling block features more than 50 high-density micro-skived cooling fins atop the GPU core, fed by a high-flow coolant channel. The design covers the GPU, VRM, and memory chips and includes pre-applied thermal material and thermal pads for your convenience.

For lighting, Corsair has installed 16 individually addressable RGB LEDs into the XG7 RGB, customized via iCUE, as you would expect.

We don't have pricing and availability details from Corsair as yet. If you are very interested you can sign up to be notified of availability on the Corsair web store.

The new EK-Quantum Vector is a second gen design featuring a thick 11.2mm copper base which directly cools the GPU, VRAM, and the VRM. EK asserts that as its block is in direct contact with MOSFETs and chokes it will also have the effect of minimizing the chances of coil whine. 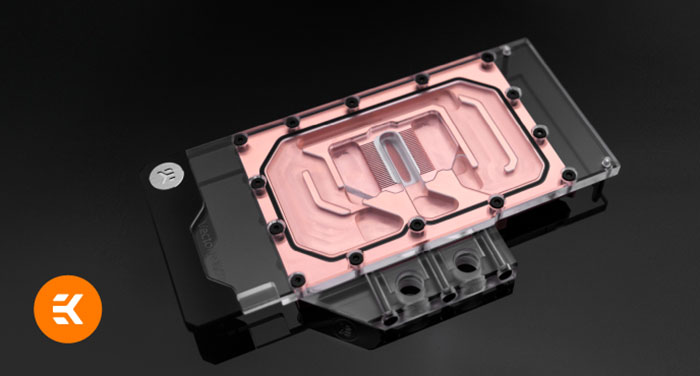 Inside the water block EK has worked to optimize liquid flow, minimizing flow instabilities and vortexing. The fin array consists of 27 microfins with 0.5 mm wide microchannels that provide optimal cooling performance, according to the company. Meanwhile, atop of the block is your choice of glass-like cast Acrylic or durable black POM acetal.

Lighting is catered for by 12 individually addressable RGB LEDs, which are supported by popular RGB sync technologies from all major motherboard manufacturers (Asus, ASRock, Gigabyte and MSI).

EKWB has its model choice and pricing details ready. It says that these water blocks will be ready to ship in early October. You can pre-order now, check out the MSRPs below.

Tunnah
11.2mm?! Jesus that could cool a nuke

lol indeed, thats like 1 kg of pure copper. Unless it's the thickness of block that was CNCed and the real thickness of “walls” is much less.

QuorTek
so how much would it cool down, at max load… would be very interested if could keep a 30 degrees Celcius all time system.