Austrian cooling specialist Noctua has released a statement regarding the compatibility of its coolers with the upcoming LGA1200 socket motherboards from Intel. The firm asserts that "the heatsink mounting on Intel's new LGA1200 platform (code name Comet Lake S) is identical to all LGA115x sockets (LGA1150, LGA1151, LGA1155, LGA1156)". Thus existing coolers from Noctua which support LGA115x also support LGA1200, out of the box, without any extra bits or pieces.

For cast-iron certainty for existing owners, Noctua states the following cooler models will be "compatible out of the box":

If you perhaps have an older model Noctua cooler that doesn't currently work with LGA115x, Noctua reminds you that it has a free-of-charge NM-i115x Upgrade-Kit available to make this so - and thus ensure LGA1200 compatibility - for the following SKUs: 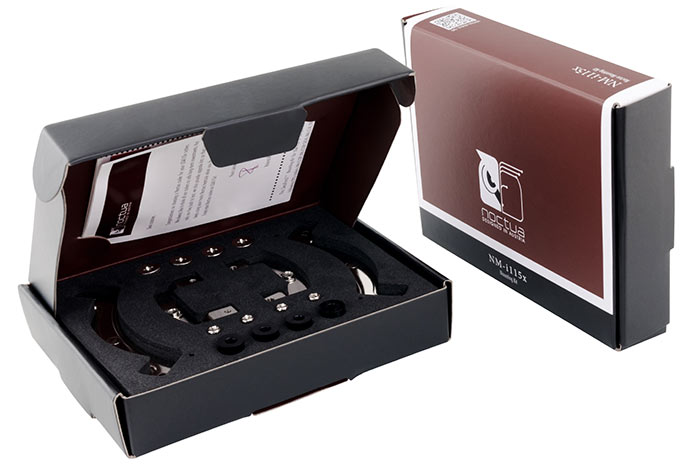 There are some older Noctua coolers that don't qualify for the free mounting upgrade kit - but you can buy it if you wish (about $9 plus shipping). Last but not least a number of coolers aren't going to be compatible with the newest Intel socket. I've tabulated these two categories below.

The above news is on the radar due to what looks like an impending Intel Comet Lake-S desktop processor and motherboard launch event. On Monday HEXUS reported upon the significant leakage of new motherboard information. Various sources, like retailers, let out model info and pricing for upcoming Asus, Gigabyte and MSI Intel Z490 motherboards, equipped with the LGA 1200 Socket. If the leaks were genuine then obviously retailers are getting ready to sell these products as soon as they possibly can, alongside shiny new Intel CPUs.

Posted by ohmaheid - Wed 22 Apr 2020 12:23
I think most of us already knew the sockets were essentially identical, apart from a minor pin re-arrangement within the LGA.
Posted by Ttaskmaster - Wed 22 Apr 2020 13:31
But for those who still have to check the manual to see what socket they're on, it's very kind of Noctua to release an official confirmation.
Also, free upgrade kit!!