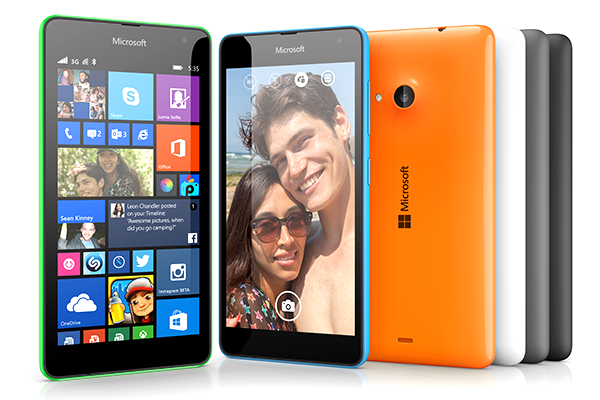 You don't need to ask Cortana what the future holds for Microsoft's smartphone business. The writing has been on the wall for some time, but it's always helpful to have official clarification, and for Windows fans hoping for a fight back, or the emergence of a fabled Surface Phone, the signs aren't good.

Joe Belfiore, Corporate Vice President in the Operating Systems Group at Microsoft, has taken to Twitter to confirm that no new features or hardware are to be introduced for Windows 10 Mobile, with the platform limping forward with the bare minimum of bug fixes and security updates.

The news comes after a series of Tweets in which Belfiore reveals that he himself has switched to Android in order to bridge the app gap, before insisting that Microsoft tried 'very hard' to bring developers to Windows 10 Mobile, offering cash incentives or resorting to writing apps on their behalf.

Getting apps was only part of the problem - retaining them seemed to prove equally difficult - and Belfiore's frank admision is that Windows Phone's "volume of users is too low for most companies to invest."

(2/2) As an individual end-user, I switched platforms for the app/hw diversity. We will support those users too! Choose what's best 4 u. https://t.co/LKQBL3w7gA

Looking ahead, Microsoft will seek to bring core Windows features to established smartphone platforms in the form of standalone apps. The software giant recently announced an Edge browser for both iOS and Android, and the company is inevitably coming around to the fact that Windows 10 users are likely to have a third-party device in their pocket.

Are any of our readers still clinging to a Windows Phone? And if so, will Belfiore's updates encourage you to finally jump ship?

Posted by Jonj1611 - Mon 09 Oct 2017 10:24
I had a Lumia 920 and really enjoyed the phone, liked the operating system, had no problems with it, however what I did find was a lack of apps, and not small ones, some real mainstream apps like banking etc.

If they just set up the Java to C#, Android to WMOS, App converter like they said they would they problem would have a market share that wouldn't be sniffed at.
Posted by Wolfclaw - Mon 09 Oct 2017 10:37
Microsoft should do the decent thing and unlock all their phones and allow user to install a bare bones Android and then allow Google to keep them updated. But they won't, they have our cash and just like the other mobile manufacturers they just abandon us !
Posted by Zhaoman - Mon 09 Oct 2017 10:45
They have killed Windows Phone but I feel like the next phone Microsoft releases will run full fat Windows 10 (or whatever the equivalent is at the time). The question is when…
Posted by spolsh - Mon 09 Oct 2017 10:52
Still using a Lumia 9-something, no problems with it, but I just use it as a phone really.