Microsoft has shared an Xbox Series X/S walkthrough video, which could easily serve as a quick start guide for anyone who purchases one of these next gen consoles on or after launch, on 10th Nov. The video is hosted by Xbox Community PM, Malik Prince, who is joined by Principal Program Manager for Xbox, Harrison Hoffman. This video shows the Xbox Series X in action, but most of the features showcased would equally apply to the Series S.

The video doesn't waste too much time before Hoffman turns on the Xbox Series X console. It starts up very quickly and he takes the opportunity to head straight to Quick Resume a game he was playing earlier. This will surely be a very common MO for the purchaser once everything is set up, and they grow accustomed to the console. 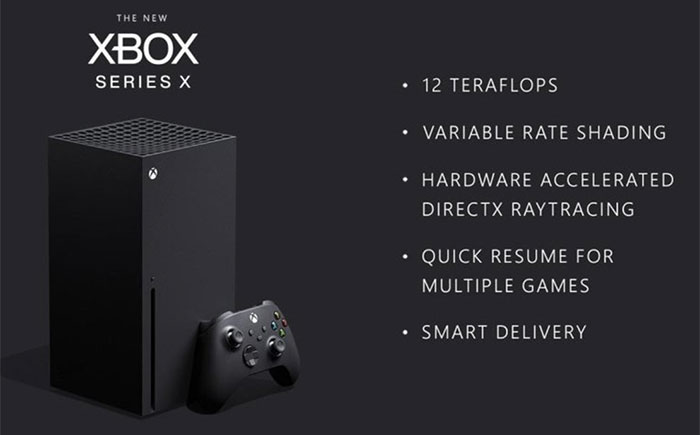 It only takes moments before Hoffman is back into his 40K 60fps Gears 5 session. As an aside, he confirms that Gears 5 on Xbox Series X features the same textures as on the PC (Ultra settings). For facing human competitors, he says that Gears 5 runs at 120fps in multiplayer mode. 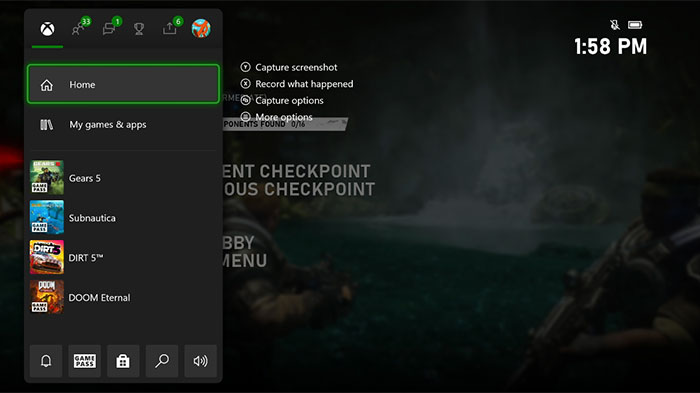 Users can interrupt game play at any time with Xbox button to pull up the guide overlay menu (pictured above) - and this is what Hoffman does next. In the menu you can see icons and tabs for many console features such as games, including a recent section, friends, chats, trophies, capture and share options and more.

Gears 5 isn't the only title Hoffman has been enjoying on the new Xbox Series X, he usually has 4 or 5 games on the go at the same time, he says. Now showcasing Quick Resume, he quickly flips between other new titles like Dirt 5, and older games like Subnautica. This underwater adventure experience is enhanced on the new consoles thanks to the Auto-HDR feature. Auto-HDR enhances older games from Xbox One, Xbox 360 ,or even old Xbox titles - with enhanced colour depth. Subnautica shows it at work here, and does look good. Thousands of games across four generations are supported by backwards compatibility and many can take advantage of this boosted colour feature too.

Next under the spotlight is the new controller -with its enhanced ergonomics, hybrid D-Pad, and the central quick share button. Hoffman segues into using the controller for remote play of games on his mobile phone. The new Xbox app enables this and this same app is used to set up and link up your console from when you receive it. Another nice feature of the app is to find new games and you get get them installed while you are out, ready for when you get home (depending on internet speed).

Microsoft's Xbox Game Pass subscriptions are neatly integrated into the console UI. On 10th Nov launch the EA Play catalogue of games and demos will be added to the Xbox Game Pass Ultimate.

We have seen the benefit of speedy advanced storage in the loading and resuming of games previously but Hoffman talked a bit more about this aspect of the new consoles. I noticed Hoffman had 19 games installed including 9 or 10 new-ish AAA titles, a range of older games, and some casual games but still had 30 per cent storage left (250GB). Next the Seagate 1TB expansion was card shown in action - it promises the same fast loads, quick resume as available from the built-in storage device. Plugging in this compact card from Seagate updated the games library almost instantly. It was noted that older gen games are probably going to be happy enough on a plug-in USB 3 storage device but it will be up to the end user.

It is just a fortnight until the Microsoft Xbox Series X/S consoles become available. Microsoft is selling these consoles outright and via monthly subscriptions.

If you are interested in Xbox Series X/S and PS5 design comparisons, The Verge just published some great photos of them sitting side by side from various angles. One sample is embedded below. 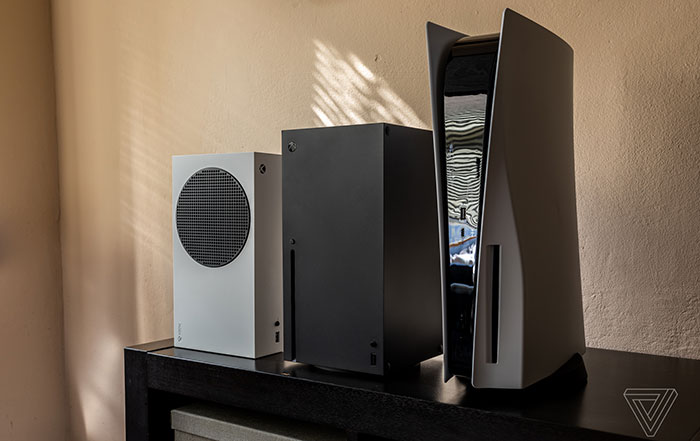 Posted by Darkedge - Tue 27 Oct 2020 14:22
God the PS5 is a massive ugly tacky lump, the Series X is just a LUMP.
Surprised they chose that image as it has the Xbox Series S side on, but both the Series X and PS5 front on. Makes the Series S look really big when it is really quite tiny, and it's something they do in many of the pictures which is a bit disingenuous.
Posted by cheesemp - Tue 27 Oct 2020 15:08
Got to be honest this is the first generation of console I've been interested in from day one. I've owned most consoles since Snes but always been a PC guy but since getting game pass and a cheap xbox one a year ago I've bought one PC game. Throw in quick resume, play from my phone and the fact the console is a similar cost to replacing my GPU with something of similar power to this console. I'm really tempted. Just need to find one for sale now before Christmas.
Posted by Yoyoyo69 - Tue 27 Oct 2020 15:14
Yet again they mention the storage, but not even a hint at the extortionate prices, I view this as intentionally misleading customers.

It's all fine and well talking about games which have been ported from last gen. Going forward games are going to get a lot bigger and the capacities available are laughable in that respect. The cost, that is on another planet altogether.
Posted by 3dcandy - Tue 27 Oct 2020 15:23

Yoyoyo69
Yet again they mention the storage, but not even a hint at the extortionate prices, I view this as intentionally misleading customers.

It's all fine and well talking about games which have been ported from last gen. Going forward games are going to get a lot bigger and the capacities available are laughable in that respect. The cost, that is on another planet altogether.

Have you seen the prices of games too? £90 is common for a new game on new consoles
Posted by KultiVator - Tue 27 Oct 2020 15:44
@Yoyoyo69 - consoles are always this way… base console hardware is relatively affordable (compared to equivalent pc components), games and peripherals tend to be more expensive. But it's a model that works for the target market and has given Sony, Nintendo and Microsoft a sustainable revenue stream from gaming for many years.

Besides this, games you're not currently playing actively can be spooled off to a cheap USB HDD / SSD until you want to dip back in again. So gamers have options other than splurging on the official plug-in SSD on day 1.

And if you look at the whole proposition; e.g. extensive backwards-compatibility, game-streaming, gamepass, etc… the new Xbox has a lot of entertainment potential for the right kind of person (someone without a £2000+ gaming PC, VR Headset or a hot partner to jump on )