Microsoft is holding a special gameplay reveal event, showcasing the capabilities of its upcoming Xbox Series X next week. The Inside Xbox premiere will live stream from Thurs 7th May at 8am PT / 4pm UK time. Several global development partners will showcase gameplay on the next gen console, and it was good to see Ubisoft Nordic come straight out to flag that Assassin’s Creed Valhalla gameplay will be seen during the event. 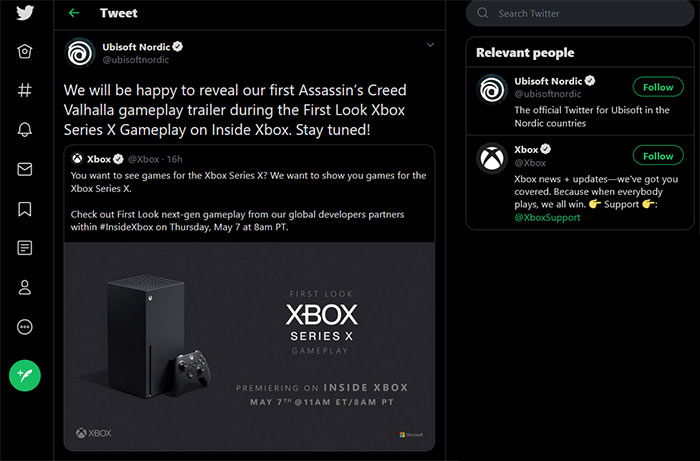 We have known about the Xbox Series X console hardware and new controller in some detail since mid-March. The specs seem impressive, and are evidence of a slightly different approach to hardware compared to the Sony PlayStation 5, but it is always good to see how games perform on these new consoles. As a reminder, the Xbox Series X console offers up the following key hardware: 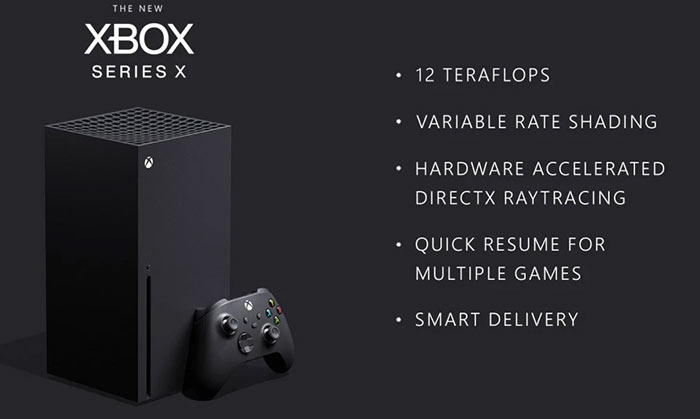 Will the next gen console be all about improved graphics, or will there be some greater vision? Hopefully the answer to that question might start to become apparent next Thursday. However, Microsoft Xbox Game Studios titles, which are more likely to ladle on the special sauce, will be showcased sometime later - this summer.

While Microsoft has only flagged up live gameplay demos as the main feature of this Inside Xbox event, it would be great to get some more info like indicative console pricing, and perhaps a tease or reveal of the rumoured (more accessibly priced, lower performance) Xbox Series S.

Have been excited about news on this as my Xbox One is the Day One version and seems to be on its last legs! The Series X's use of RTX looks promising and I will be interested as to whether this will be a good purchase.
Posted by Jonj1611 - Fri 01 May 2020 13:46
It's done well to last :) My sons was the Day One version and failed beginning of last year
Posted by ade10 - Fri 01 May 2020 14:00
Agreed! I am surprised it has lasted this long tbh. It's only recently that it has been signing me out during games, struggling with a consistent connection to the Xbox servers and crashing/freezing. I think saving up for the new gen console will probably be my best option :D
Posted by gagaga - Fri 01 May 2020 15:09
That'd the wife's birthday present sorted, plus a new Assassin's Creed. She will be pleased.
Posted by ftahir192 - Sat 02 May 2020 20:32
Thanks for the headsup on this!