In an announcement which came as a surprise to very few, Rockstar Games has made the Grand Theft Auto: The Trilogy – The Definitive Edition official. Apparently, the announcement was timed to coincide with a special anniversary – this month marks 20 years since the original release of Grand Theft Auto III. According to the publisher, GTA III is a particular milestone in the series as it became a cultural phenomenon, and it sparked an open-world genre when it "set players loose in the sprawling, three-dimensional metropolis of Liberty City with a new and unprecedented sense of freedom and immersion".

Rockstar games wants to say a "heartfelt thank you" to all GTA fans and explains that the 20 anniversary was a major impetus for the release of the trilogy. We will find out how thankful Rockstar is to fans when we discover the pricing / upgrade fees for owners of the original games, nearer to availability "in the coming weeks".

Summing up Grand Theft Auto: The Trilogy – The Definitive Edition, this is a compendium of GTA III, Vice City, and San Andreas games that has been updated for all current gen platforms. Importantly, while the trilogy features "across-the-board upgrades including graphical improvements and modern gameplay enhancements for all three titles," it retains the classic look and feel of the originals. 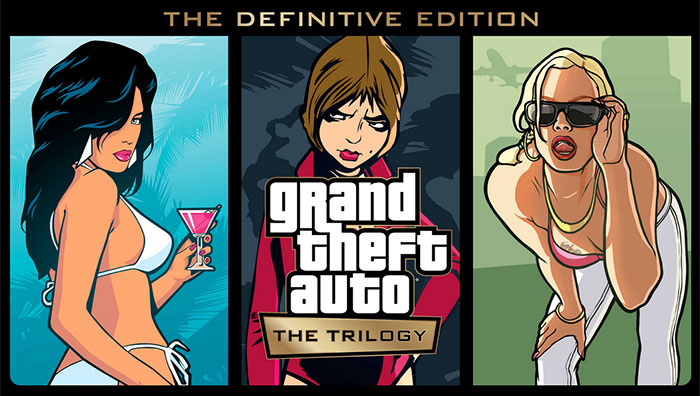 To be clear about the platforms that are being embraced; the trilogy will be coming to; the Rockstar Games Launcher on PC, PlayStation 5, PlayStation 4, Xbox Series X/S, Xbox One, and Nintendo Switch. Current gen mobile gamers are not being ignored, with the collection scheduled to be released on iOS and Android in the first half of 2022. Rockstar should start teasing the graphical improvements soon, to maintain hype. Meanwhile, existing versions of the titles will begin to be removed from stores in the coming weeks.

While we are on the topic of older game updates, the first big update for Quake 1 Enhanced Edition has arrived for all platforms. The update delivers improvements to controls, map spawns, online multiplayer, bits, and general features. If you check the release notes there are platform specifics addressed too, as well as plenty of bug fixes, all in a neat 45MB download. 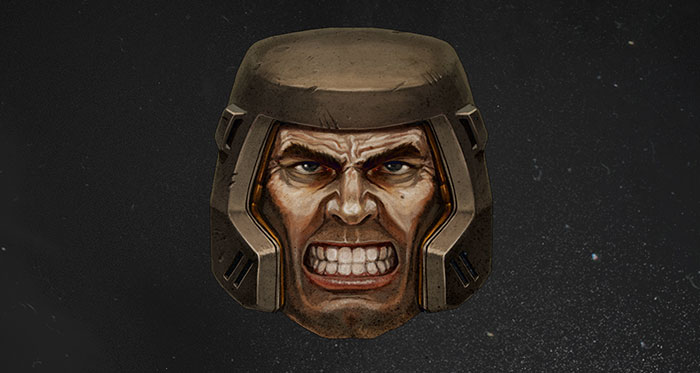 In the wake of vociferous complaint regarding DRM and online-only features in Hitman GOTY on the GOG store, the online PC games store has decided to remove the title for now. "We shouldn't have released it in its current form, as you've pointed out," wrote a GOG employee on the official forums.

What will be most interesting is how the desire for more modern games on GOG and the store's particular no-DRM character manage to gel. Perhaps the Hitman developers plus GOG will be able to work out a more elegant solution with sufficient appeal to customers, we shall wait and see.

In the wake of vociferous complaint regarding DRM and online-only features in Hitman GOTY on the GOG store, the online PC games store has decided to remove the title for now. “We shouldn't have released it in its current form, as you've pointed out,” wrote a GOG employee on the official forums.

What will be most interesting is how the desire for more modern games on GOG and the store's particular no-DRM character manage to gel. Perhaps the Hitman developers plus GOG will be able to work out a more elegant solution with sufficient appeal to customers, we shall wait and see.

Did I read that right - a game (or is it more than one) with DRM on GOG?

The single biggest reason I stopped buying games after Steam started to become prolific was that I am not willing to put up with obtrusive DRM, and most emphatically, not when it puts the ability to obstruct me either installing it, or even using it after installing, into a 3rd party's hands after buying it. What follows directly from that absolute unwillingness to do that was the tedium of checking the fine print on every game prior to buying to see it's DRM status, or even Steam requirements, which was both time-consuming and will-sapping. Eventually, I just gave up bothering to even look, and therefore, buying new games at all.

GOG was refreshing, because I could rely on it. If there's any suggestion of them blurring those DRM-free lines, my interest in GOG will cease to exist, right there, right then. DRM-free is the whole reason I'm there. I'm not willing, at my age and circumstances, to go back to checking fine print for the DRM-free status of games, so if GOG try to blur that, without it being clear at a glance if a game has DRM, I'm outta there, and to be honest, will probably just give up buying any new games, anywhere, at that point. It also, even based on that news article, is making me rethink whether I want to even consider something 3080-ish on either my new build or laptop, whichever I go for.

This feels rather like finding out the foundation of my personal gaming world are built on quicksand. Seriously unimpressed = me.
Posted by jim - Mon 11 Oct 2021 12:22

From the very little I've read on the subject, it was a bit of grey territory. The game itself didn't have DRM in the traditional sense, but it did feature some online features that required connecting to a server.

I don't think that's unique - requiring use of a developer server to utilise online features - but what was controversial was that a lot of the single player campaign depended on these online features to be unlocked / used.

So you had a game that on paper didn't have DRM, but did require access to company servers for the full experience - even if you didn't want to play multiplayer.

I can see how it's slipped through their definitions, and hopefully it's a lesson learned for them that they need to apply stricter criteria to what's meant by DRM free.

For me, I totally understand if multiplayer requires company servers, and I don't consider that DRM. But if it impinges on single player gameplay (cosmetics I'm not bothered by), then that doesn't work for me. Problem is, everyone will have a different perspective.
Posted by Saracen999 - Mon 11 Oct 2021 13:04
Assuming you're right, Jim, that makes more sense. And relieves my mind a lot.

A minor caveat …, my definition of multiplayer would split it down a bit more, mainly differentiating between, for shortness sake, MP-LAN and MP-OL (multiplayer on your own LAN versus OnLine).

For the OL variant, I'm kinda with you - it has to connect to somebody's servers, but not necessarily the company's, or be subject to their verification/DRM. As that scenario doesn't interest me either way, it's not a concern for me either way.

For MP-LAN, that's a bit more of an issue and would have been a stumbling block for me …. in the past. Not so much now.

I used to have a set of floppy boot disks that would load drivers and confuration BAT's for my NE1000/NE2000 cards to set-up up to 6 of my machines for LAN play here, for friends and myself. It might be 2-player co-op, or multi-player but either way, it was LAN-multi-player and entirely self-contained. But as those card names no doubt tell you, it was … ummm … a while ago. Do I need that now? Realistically, rarely, if ever.

So, fundamentally, if I get single offline play, I'm happy. But other GOG users “MMV”.
Posted by LSG501 - Mon 11 Oct 2021 13:14
The ‘real’ reason that the github gta fan projects, which basically enabled the old games to be played on newer hardware/os with ‘remastered’ quality, got a dmca ban…. basically rockstar saw they could make money from old games without doing any real work (bit like gta online really).
Posted by QuorTek - Mon 11 Oct 2021 15:13
Yes please… and to those that make old games playable again on our big screens thanks bunches it is very much appreciated… as dosbox does not always cut it.