The Battlefield 2042 development team at EA/DICE has announced that it won't be able to satisfactorily prepare this highly anticipated game release for Friday, 22nd October. It has decided to extend the release deadline by four weeks, and offered up a revised release date of Friday, 19th November. In a Tweeted statement, the development team provided some background to the difficult decision to delay and thanked gamers for their patience. 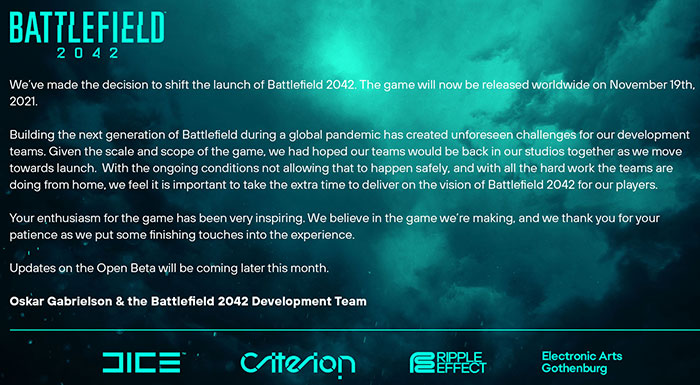 Above, you can see the full statement about the delay that was disseminated via Twitter. Even if you didn't read our sub-headline, you might have been suspecting the root cause of this delay is the ongoing Covid-19 pandemic. "Building the next generation of Battlefield during a global pandemic has created unforeseen challenges for our development teams," EA explains. 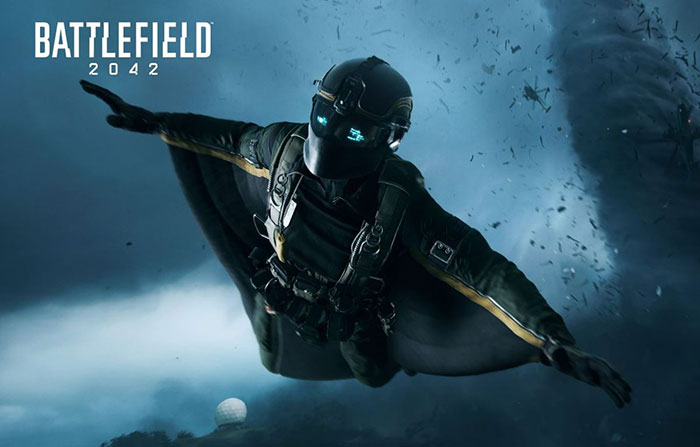 The statement goes on to describe how the return to office collaborative working, which would have sped up making the refinements required to make Battlefield 2042 ready for consumers, didn't materialise. It just hasn't been possible to bring staff back to the studio offices to engage in the necessary teamwork, safely. Thus, it needs the extra time to "deliver on the vision of Battlefield 2042 for our players".

EA/DICE signed off by promising to deliver details about Battlefield 2042's upcoming open beta before September is over. While you are waiting, you can check out the leaked minimum and recommended PC hardware specs, which are quite modest.

Posted by cheesemp - Thu 16 Sep 2021 10:50
That screams management cop out to me. My software dev firm (not games) has been working from home just the same and we're still making our targets and collaborating well. Sounds like management haven't been able to whip the team into doing the usual prerelease crunch time, like they could in the office which is no bad thing.
Posted by Kanoe - Thu 16 Sep 2021 11:58
Still will be a hot mess at launch and require several major patches to be any good as with pretty much all games these days.
Posted by C_1 - Thu 16 Sep 2021 13:03
I'd rather have the game come out later in a more “playable” state then earlier and be full of bugs and glitches. However I believe it will still be glitchy as hell but I hope it won't be as Battlefield games usually maintain strong player bases and fans.