Last week, in a press release discussing how successful its launch of FIFA 22 had been, and "the future of football," EA mentioned something rather intriguing. The video games publishing giant was "exploring the idea of renaming our global EA Sports football games," wrote EA Sports Group General Manager, Cam Weber. The exec added that EA was currently reviewing its rights agreement with FIFA (Fédération Internationale de Football Association), the international governing body of association football.

Since the above statement was made, some trademark applications by EA have been unearthed, which may shed light on its FIFA video game series renaming plans. The Video Games Chronicle reports that the company filed video game software trademark applications for 'EA Sports FC' with the UK's Intellectual Property Office and the European Union Intellectual Property Office on 1st October and 4th October respectively. 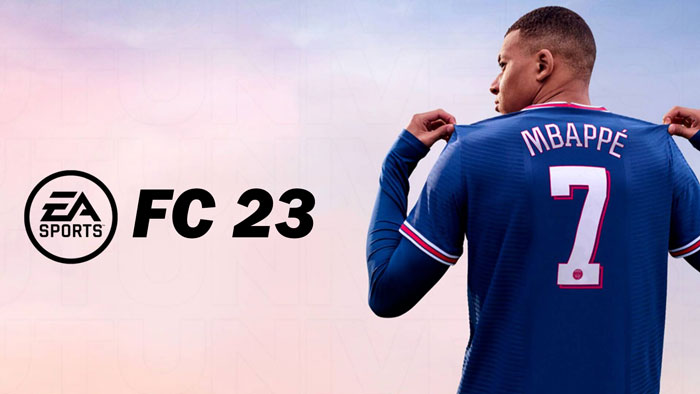 Deciding to extend its FIFA naming licence with the sport's governing body won't impact any other licences EA pays to football clubs and other partners, however it probably means that some licensing or royalty payments can be crossed off the balance sheet. EA must be weighing up whether such a move might be a false economy, and surely its managers and accounts teams must be looking at various models on this decision right now. They must not only consider the savings that could be made, and the potential lost sales due to the name change – imagine the mess if a rival video games developer picks up the FIFA branding, if it isn't renewed…

The publicly floated rebrand idea might be a clever negotiating tactic by EA to keep control of the FIFA licensing costs. It last extended its licensing with FIFA back in 2013, and has until December 2022 to decide on another extension.

It is hard to know what the right decision is for EA without access to the figures behind the decision (licensing costs etc), but do readers think the official FIFA name is very important to the success of this franchise?

Update: EA has now extended its contract with FIFPRO, so isn't going to be switching to the 'EA Sports FC' name anytime soon. https://www.businesswire.com/news/ho...ces-to-Players

QuorTek
I believe that EA has been dishonoring the brand FIFA.

By not giving enough back handers you mean ?
Posted by Spreadie - Tue 12 Oct 2021 16:33
Yeah, like they're really not going to renew. Regular fans of the FIFA games who pay attention to this kind of change are a minority. So, whichever company steps in for a new FIFA license will have a baked-in customer base.
Posted by brainphrozen - Tue 12 Oct 2021 23:14
I believe people who buy FIFA each year are idiots.