One of the most popular Star Wars games of all time is going to be made available as a Remake in the not too distant future. At the PlayStation Showcase 2021 yesterday evening, Sony took the wraps off a trailer for the Star Wars: Knights of the Old Republic - Remake, developed by Aspyr. It is going to be released as a "console exclusive on PlayStation 5 at launch," but PC gamers are going to be able to get in on the action from the get-go too.

This Lucasfilm classic isn't being remade by BioWare. Instead, KOTOR will be revamped by porting specialist Aspyr, who also recently remastered Star Wars: Republic Commandos, and for this project has hired some members of the original Knights of the Old Republic development team.

KOTOR was originally launched way back in 2003 on PC and Xbox, but didn't come to Steam until 2013. In brief, it is an immersive Star Wars RPG set four thousand years before the Galactic Empire. As one of the last remaining Jedi Knights, you must master the power of the Force and save the republic. However, that isn't your only choice, you might also move to the dark side – but your choice might "determine the destiny of the entire galaxy". Your character will have over 40 different powers and lightsaber weapon, and you can choose compatriots from nine customizable characters. The setting for the game includes some popular Star Wars universe locations, and you will often journey between worlds in your starship, the Ebon Hawk. 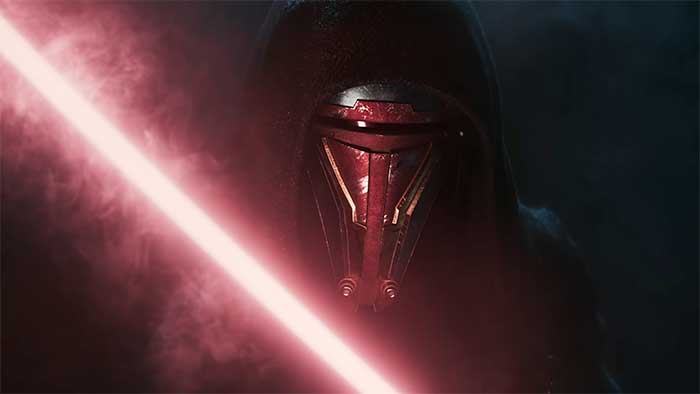 According to the PlayStation Blog, linked top, the Remake will be rebuilt from the ground up "with the latest tech to match the groundbreaking standard of innovation established by the original." Importantly to some, the game will stay true to the original in story and gameplay terms.

We don't have a release date as yet, but whatever the date, it will leave Xbox/Switch users waiting for 6 or 12 months more to get to play. Luckily, PC gamers have no such issue, as Lucasfilm confirmed after the Sony reveal that it would be available on PC without any such exclusivity conditions.

Zhaoman
Probably the best Star Wars story outside of the original trilogy.

I wonder if it will stay that way with the remake, they've assigned a notorious woke militant who worships Disney SW to rewrite the story of the game to “modernize” it.

Individual in question is also married to a current senior bioware producer so a helping of cronyism on top, hopefully they keep her out of the games main storyline rewrite.
Posted by sinhaomar - Fri 10 Sep 2021 15:43
One of the most popular Star Wars games of all time. But how long do I wait to get to play it on my PS?
Posted by Ttaskmaster - Fri 10 Sep 2021 17:08
Darn exclusivity deals, so bad for consumers….

I might one day actually get around to playing this flippin' game. Mates have been on at me to try it for ages.
Posted by spacein_vader - Sat 11 Sep 2021 08:33

I might one day actually get around to playing this flippin' game. Mates have been on at me to try it for ages.

The original still works and the community patches tidy it up a bit. No time like the present…