Deep Silver and Volition have announced that Saints Row, a reboot of its best-selling series, will be released on 25th February 2022. An official CGI announce trailer was revealed at Gamescom, and I've embedded it below for your convenience.

Yes, as a CGI trailer, this doesn't show any in-game action but presents the story of the "birth of The Saints" in what is described as a "bold reboot". I think the boldness comes from the reboot being very much different form a remake – and the title will feature a new cast of characters in a brand-new region – Santo Ileso, a vibrant fictional city in the heart of the American Southwest. 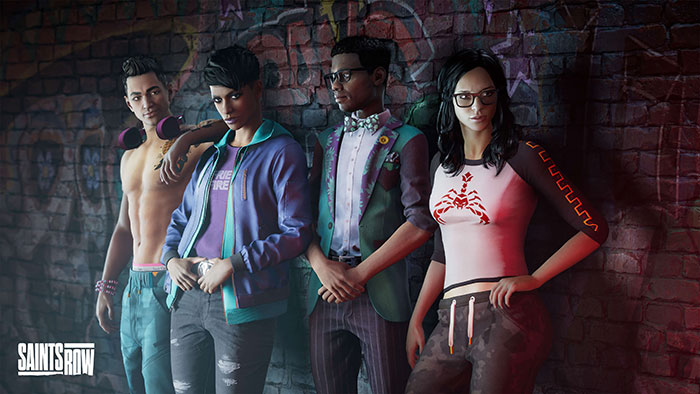 The story goes that The Saints are formed in this lawless city where "a group of young friends embark on their own criminal venture, as they rise to the top in their bid to become Self Made". You will play a character aided by Neenah, Kevin, and Eli, as you take on Los Panteros, The Idols, and Marshall Defense Technologies in order to build your empire.

According to the developers, this reboot will feature "the biggest and best Saints Row playground ever created," based around Santo Ileso. As you go about your criminal ventures, and complete blockbuster missions, you will discover "thrilling side hustles" to keep the action at a pace. 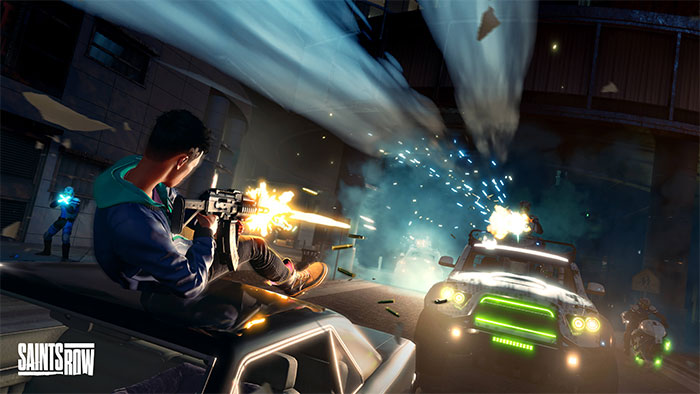 To complement the openness of the gaming sandbox, gamers will be free to tinker with "the most advanced suite of customization tools yet seen in an open-world game," say the developers. This means it will be easy and fun to make your character, your car and your crew your own. During your adventures in crime there will be lots of guns and other weapons at your disposal, multiple varied modes of transport, and you can play seamless co-op with a team-mate.

Saints Row: The Third Remastered is free until 2nd Sept

To celebrate the above announcement, and remembering the reboot will be a timed EGS exclusive for PC gamers, Epic is now offering Saints Row: The Third Remastered for free. The giveaway runs until 2nd September. In case you need an info refresher about this title, originally released in May 2020, I have embedded the official launch trailer below. If it looks appealing, you can check out some reviews and an interesting remaster analysis video from DF.

This again? God I hate Epic with a passion now with their console exclusive business model they've brought to PC. Pass.
Posted by MilkyChews - Thu 26 Aug 2021 19:16
If its not on steam I will not play it.