EA has released a short film to provide context to the grim world of Battlefield 2042. The Battlefield 2042 Exodus Short Film is approx 9 minutes long and gives you a grasp of the frictions that might trigger WWIII, as most nations except the superpowers collapse under the strain of cataclysmic climate change.

Exodus is set on a ship commanded by the No-Pats, a multinational armed militia with its own power-struggle and direction problems. The No-Pats are characterised by the last few standing superpowers, like the USA and Russia, as a sort of terrorist force. However, in this short, you get the impression that the No-Pats are probably one of the best hopes for the vast swathes of failed state residents and refugees – as the superpowers are most interested in 'looking after number one' and contesting important resources in the rest of the world.

The short film concentrates on Battlefield 4's Kimble 'Irish' Graves, returning as a soldier working for the No-Pats. He will be a playable specialist in the upcoming game. You can see Irish explain to a US aligned(?) ex-colleague and friend, his new allegiance. Shortly after, we witness the surface power struggles within the No-Pats as Irish does things his way - rather than follow the orders of the mysterious 'Oz', who we only hear via a distorted voice over comms.

So far, EA has revealed five of the ten specialists you will be able to play in Battlefield 2042. Each of these characters comes with a unique gadget and trait, with gamers free to choose weapons, grenades, and accessories to suit their play preferences.

While the Battlefield 2042 Exodus Short Film looks like an interesting storyline, if you want to know more about actually playing the game, please look back on the reveal trailer article we published back in June - the recent Portal mode trailer is worth a look at too (above). It has been reported that videos of the Closed Alpha test gameplay have been leaking onto video sharing sites. EA will be playing whack-a-mole with these, so I haven't shared a specific video/link as it might break within an hour or two. 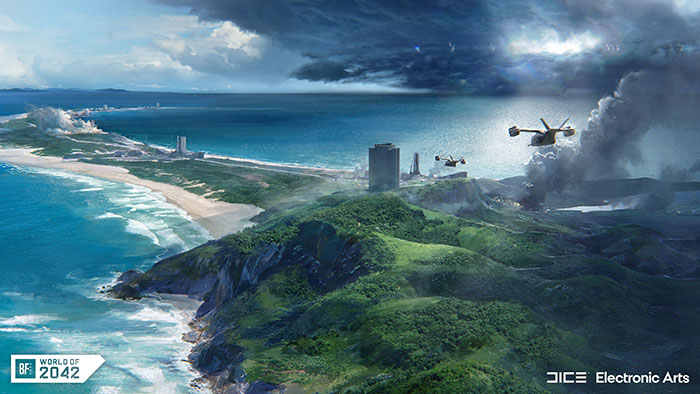 At least allow Jess onboard!
Posted by Spud1 - Fri 13 Aug 2021 12:13
I can't comment on any specifics as EA are jumping on any site that posts details….but after a few hours of the game yesterday, I can say I am still very much looking forward to the game. There are some really nice improvements to the BF formula on the way.

CAT-THE-FIFTH
What has poor Pat done to deserve all this shunning? :(

At least allow Jess onboard!

Redundancy following the privatization of our beloved(?) postal service must have hit Pat hard. I heard old man Fogg had a similar fall from grace and can now be found begging for his next fix outside the Tesco Metro that took over Mr Goggins shop.