EA has just released its latest set of quarterly financials. The results for its financial year Q3 2021 were strong and as well as outlining its earlier achievements, the firm was keen to sketch out upcoming gaming highlights, in order to keep investors invested. You can read the full financial release at the link above, but I am going to concentrate below on two new upcoming releases; Mass Effect Legendary Edition, and the next Battlefield.

The above trailer for Mass Effect Legendary Edition provides a good outline of what to expect from this upcoming release. In essence this is a collection or anthology, which folds together all the single-player base content and over 40 DLC from Mass Effect, Mass Effect 2, and Mass Effect 3 games, including promo weapons, armours, and packs.

The modern icing on the cake is the fact that the games have been remastered and optimised for 4K Ultra HD. On PC gamers get access to 'Performance Mode' which supports ultra-high refresh rates, and there are presets to favour resolution or favour framerate on the consoles. All the games are getting enhanced models, shaders, FX, lighting, and depth of field updates.

Another specific change you might be interested in is that gameplay has been tweaked for the first Mass Effect game. EA says it has improved aiming and weapons balance, SFX, input/controls, squad behaviour, cover behaviour, and gameplay cameras. Mass Effect 2 and 3 already benefitted from reworked combat systems.

The cinematic space saga launches on 14th May on PC (Origin or Steam), PlayStation 4 and Xbox One with forward compatibility and targeted enhancements on Xbox Series X/S and PlayStation 5.

There is less information about the next Battlefield game as it will be first unveiled in spring. You can see we don't even have a name/number for it at the time of writing… Nevertheless, EA is pinning strong "growth in fiscal 2022, driven by the next Battlefield". 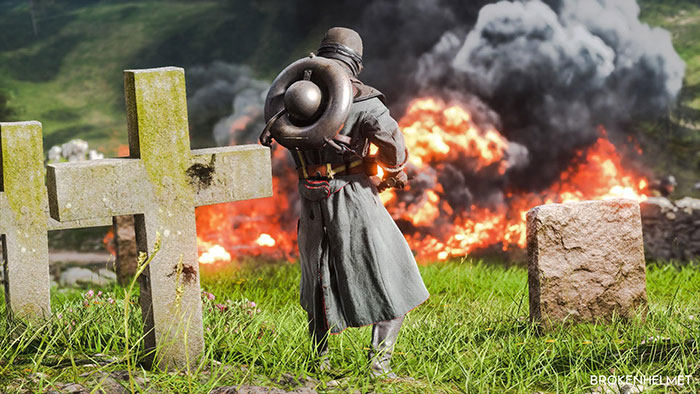 Talking in a Q&A session post results, EA CEO Andrew Wilson said that the upcoming game will be a return to “full-out military warfare” and will support more players than ever before. The last Battlefield game released was Battlefield 5 in 2018, and it rather failed to live up to gamer expectations.

And they couldn't be bothered to pack Andromeda, even though it was not rated high, it was the only game in the series I've not played. Guess it's beyond reprieve.
Posted by HW90 - Wed 03 Feb 2021 13:00

Scryder
Pass. £54.99 seems a bit steep for a game series I completed many a years ago. And nothing new, at least anything that appeals to me.

And they couldn't be bothered to pack Andromeda, even though it was not rated high, it was the only game in the series I've not played. Guess it's beyond reprieve.

I think it's a fair price considering most sales will probably be a while after release when the price will come down, and most people buying it around release time will either be hardcore fanboys or people who haven't played the game at all. £55 for a new game is pretty typical let alone 3 new games. Admittedly it's disappointing that people who own the old games won't automatically get it for free like is common with most remasters.

Andromeda was released in 2017 so already has the enhancements that were given in the remasters, and it's not part of the original trilogy. That said if it would help sales across the board it probably would've been worth it to include it.
Posted by Tabbykatze - Wed 03 Feb 2021 14:09
I will happily pay 54.99 for a Mass Effect Remastered Trilogy with all the DLC.
Posted by QuorTek - Wed 03 Feb 2021 15:23
It is EA, it is fail.
Posted by Ttaskmaster - Wed 03 Feb 2021 16:29
It's a reasonable price for all three, in UHD… But not if you've already bought them.
I'd hope for a hefty discount, upon production of a valid proof of purchase/gifting.